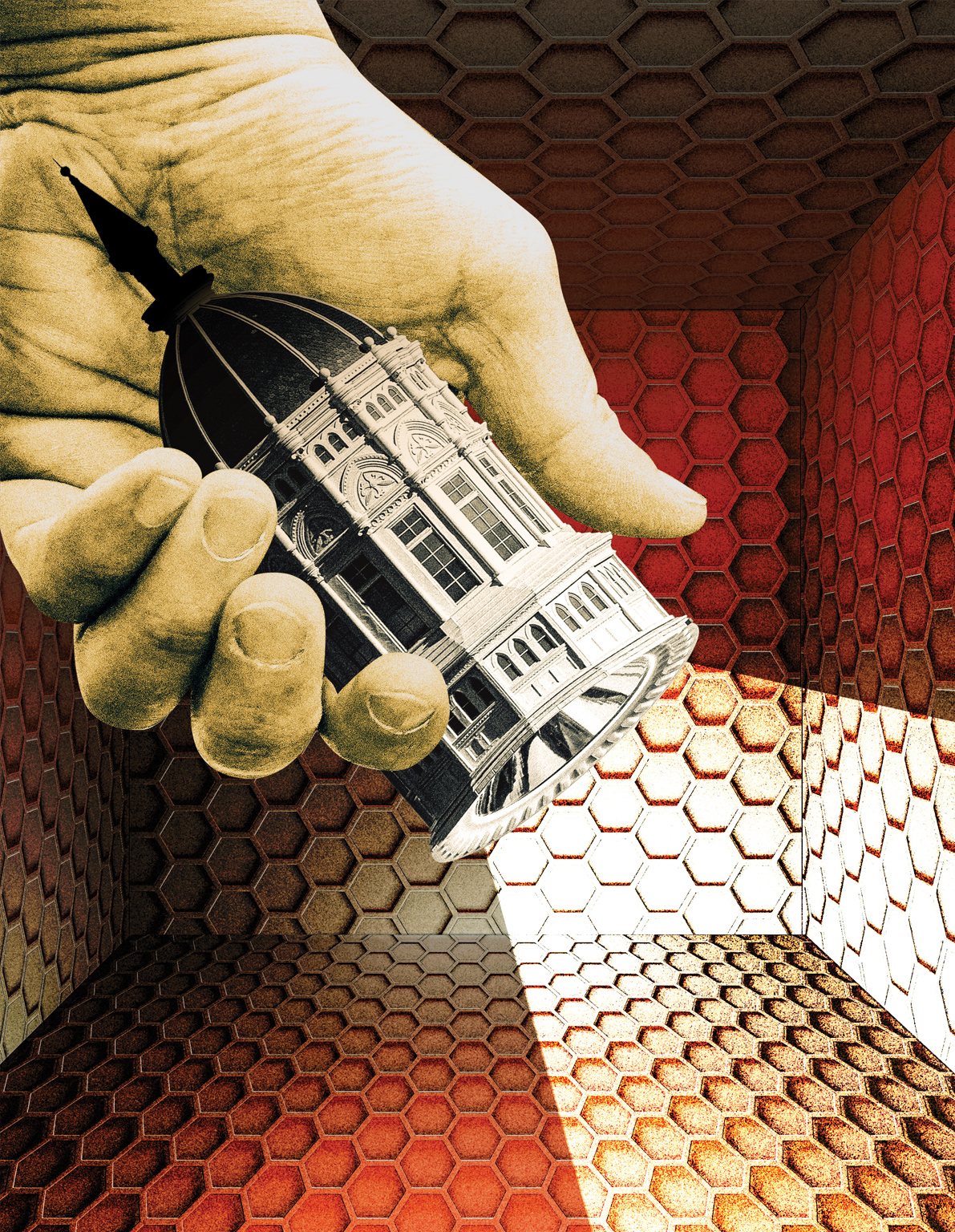 Researchers are by turns curious and skeptical. And more than a little optimistic. Why else would they invest their lives and careers chasing new questions? “They are inclined to be impatient to see if something can be done, and inclined to think it can’t be done, until it’s proven otherwise,” observed British physicist and novelist C.P. Snow. Researchers’ essential optimism, he said, plays out in their relationship with the social condition writ large — including how scientific progress can help improve people’s lives.

Of course, optimism alone isn’t sufficient to push research forward, especially in the dizzying, high-tech pace of the 21st century. It also requires resources, curiosity, perseverance and a non-negligible amount of luck. And, of course, money: Through every stage, every hypothesis, setback and trial, the research enterprise depends on a steady infusion of funds from some mix of grants, companies and institutions.

The potential gains of research are colossal. Decades of investment and investigation into the inner workings of messenger RNA, for example, enabled researchers to develop the first COVID-19 vaccine in a matter of months rather than years. The risks of research are also formidable: Many promising findings never leave the lab, and some don’t pan out in the real world. In many areas, researchers have only just begun to articulate questions that will guide the next century of investigations.

What, then, is the best way for the university to realize its mission of putting research to work for the greater good? Enter MizzouForward. This past November, MU unveiled the 10-year, $1.5-billion effort, a major goal of which is to propel the university to the forefront of research, innovation and impact. “This is an investment in the faculty, students and staff to achieve research excellence, student success and effective engagement,” University of Missouri President Mun Choi said during a November 2021 faculty meeting.

The goal is to push research at MU to a higher level, Choi said. MizzouForward includes provisions for faculty such as instituting competitive pay raises, supporting startup initiatives and hiring at least 150 new researchers across a range of disciplines (in addition to replacing those who have retired or left in the past few years). The primary qualifications, Choi said, are expertise and the ability to attract significant external funding.

The program will also invest in new buildings and technologies as well as extend support for student programs such as the Honors College, undergraduate research and the Missouri Scholars Academy, which brings talented high school juniors to campus every summer.

Choi sees the program as a roadmap for how the university can forge ahead after the bruising journey of the past few years, which have included budget cuts and — most obviously — the volatility and unpredictability brought by the COVID-19 pandemic.

The initiative will reach every community at Mizzou, Choi said, with much of the new hiring focused on three areas: NextGen Precision Health; New Frontiers in Science, Engineering and Technologies; and Innovations in Social Science, Humanities and the Arts. “The work that they do defines a university,” Choi said. Here’s a sneak peek at how MizzouForward will shape these areas over the next decade.

NextGen: The Future of Precision Health

This past October, 10 days before the announcement of MizzouForward, geneticist and physician Francis Collins traveled to Columbia for the official opening of the new state-of-the-art $221-million building that will host the Roy Blunt NextGen Precision Health institute. Collins is something of a titan among geneticists: He oversaw the Human Genome Project — an ambitious undertaking to identify the roughly 23,000 genes in our DNA — and from 2007 until the end of 2021, he led the National Institutes of Health (NIH).

What he saw at NextGen was a vision of the future. “Any young scientists would just be salivating to see how your laboratories are set up,” he told the audience. “My gosh, your cryo-EM facility downstairs is like something that many people dream of, and you have it.” (Cryogenic electron microscopy, or cryo-EM, gives scientists a way to study the structures of molecules down almost to the level of individual atoms.)

Precision health is an approach to health care that goes beyond a one-size-fits-all approach, recognizing that no two individuals are the same. A person’s health depends critically on their genes, choices and environment, and in a precision health setting, a doctor can take these factors into consideration to provide guidance to promote good health, prevent disease and treat new diagnoses.

The field is in its infancy but has already shown promise: Primaquine is a drug used to treat or prevent malaria, but its prescribed dosage depends on a person’s genetic profile. Patients with a certain genetic condition and diagnosed with chronic myeloid leukemia, for example, can benefit from Gleevec, or imatinib, a drug that blocks the growth of cancer cells. At the same time, the complexity of the interactions between disease and the human genome poses big challenges to making the most of personalized medicine.

The tools and resources at NextGen could enable researchers to overcome that challenge. The facility includes cutting-edge technology (like high-powered MRIs and the facility that Collins mentioned) as well as labs, offices and dedicated space for clinical investigations. Its design represents a translational approach to medicine: How can researchers harness promising new findings to provide benefits to patients as quickly as possible? It’s the same approach used by the NIH headquarters in Washington, D.C. “You have research patients who are right around the corner from research laboratories,” Collins said.

Some of the first researchers to take up residence in the new building include a trio that will focus on how cardiovascular disease develops in people with Type 2 diabetes. Last year, Jaume Padilla, an expert in nutrition and exercise physiology; Camila Manrique-Acevedo, a physician and associate professor of medicine; and Luís Martinez-Lemus, an expert in medical pharmacology and physiology, received two grants from the NIH, for a total of $6 million, to study the link. Their work shows the kind of research that the university hopes to attract with MizzouForward, says Thomas Spencer, Mizzou’s vice chancellor for research.

One of Mizzou’s strongest contributions in this area has been its research nuclear reactor — a facility that can supply the radioisotopes for cancer treatments targeting specific biomarkers in a patient. “That’s one of our best stories in terms of bench-to-bedside, making compounds used in cancer treatment drugs,” Spencer says. Researchers not only have to make the compounds; they also have to find safe and effective ways to incorporate them into cancer treatment. “This entire program will continue to discover new pharmaceutical approaches to treat cancer in a precision medicine way,” he says.

“NextGen is just the beginning,” Choi said. MizzouForward will build on the facility’s foundation by attracting experts with brave new ideas — and the grant funding that such ideas can bring — to push precision health forward. 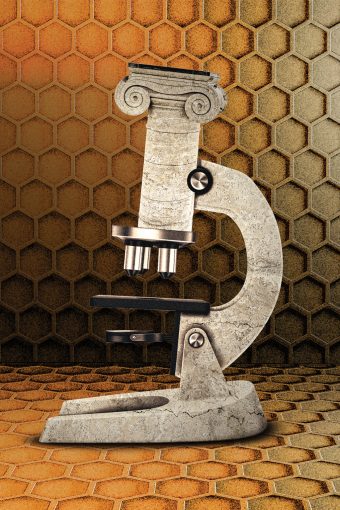 The Frontiers of Science

Scientists at Mizzou already play leading roles in a variety of fields. During the pandemic, researchers helped map the mutations associated with SARS-CoV-2 variants delta and omicron and worked on detecting the virus in wastewater. In January, three Mizzou researchers were named fellows of the American Association for the Advancement of Science, the world’s largest scientific society.

Other researchers have made advances in developing new, smart materials; advancing security for devices; and understanding the quantum behavior of molecules. Within animal science — a particularly strong area at Mizzou — researchers have been developing pigs as models for precision health investigations. Randy Prather and Kevin Wells, in animal sciences, created the pigs that have been recently used for organ transplants in humans. See story here.

Spencer says MizzouForward can build on these assets, in part, by bringing them together. “Typically in academics, everybody does their own thing, and it’s kind of a silo effect,” he says. But silos stymie efficiency: A researcher may end up duplicating previous work or may not know that an idea has already been shown not to work. Silos also discourage the sharing of data or new findings, slowing the progress of science. Spencer sees in MizzouForward a way to move beyond the traditional approach. “We can encourage collaboration,” he says, “and we can hire from a lot of different areas and broadly across the university to strengthen our existing programs.”

MizzouForward aims to attract researchers whose work bridges disciplines. The university has already made several new hires as part of the initiative, and new candidates are being interviewed on a regular basis. It is considering new STEM researchers in fields ranging from artificial intelligence to life sciences to advanced materials to earth sciences.

“We have these pockets of excellence all over the institution, and this is an opportunity to build on them,” Martens says.

A Boost for the Social Sciences, Arts and Humanities

Social sciences at the University of Missouri tend to tackle some of society’s biggest societal problems — at scales large and small. During the pandemic, for example, one MU research group examined how the sudden switch to virtual learning affected different communities. They found that Black families had less access to digital resources including Wi-Fi, and that lack of access negatively affected how those students learned. Research like this can help identify community disparities and inform solutions. Another MU group used the pandemic response to study the effects of telehealth on pediatric care.

Big questions about societal problems drive research in fields ranging from economics, education and psychology to social justice and equity. MizzouForward’s hiring initiatives — as in the case of the life sciences — will focus on bringing these fields together and helping them find a way forward, Martens says. He points to recent studies by MU faculty as evidence of existing strengths in these areas but also sees potential for growth and new transdisciplinary opportunities.

MizzouForward is recruiting researchers, Martens says, based on their ability to propose and find funding for forward-looking, collaborative projects. “That’s going to benefit not only the research enterprise but also student success,” he says. “It’s a holistic program.”

Choi sees this moment as an opportunity to expand and look forward, much like the rapid growth on campus following the 1892 fire that burned down Academic Hall — a time when MU emerged as a modern university. And an investment in faculty, students and infrastructure is motivated, ultimately, on the optimism and curiosity that the research enterprise exemplifies. It’s a moment of evolution and decision in higher education when the university is declaring what it’s going to be about for decades to come. 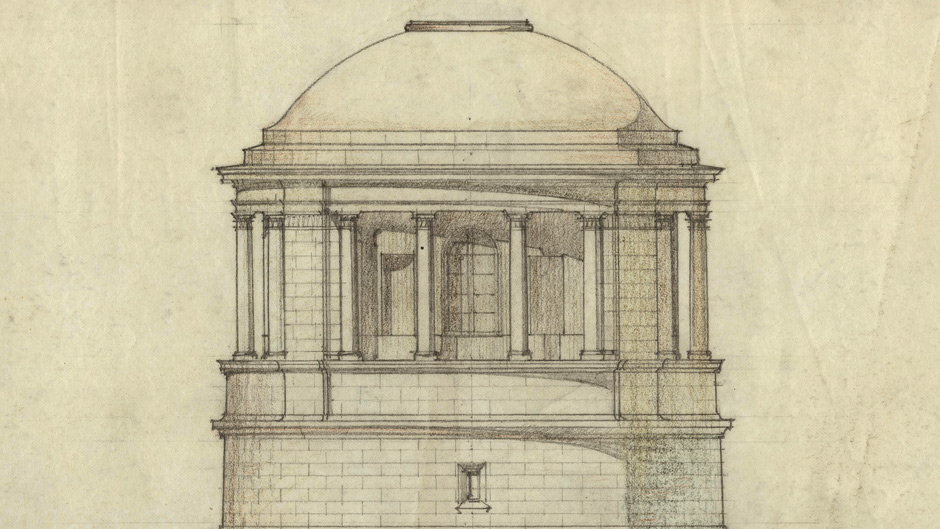 The dome not taken

More than a century ago, an alternate dome for Jesse Hall was under consideration.