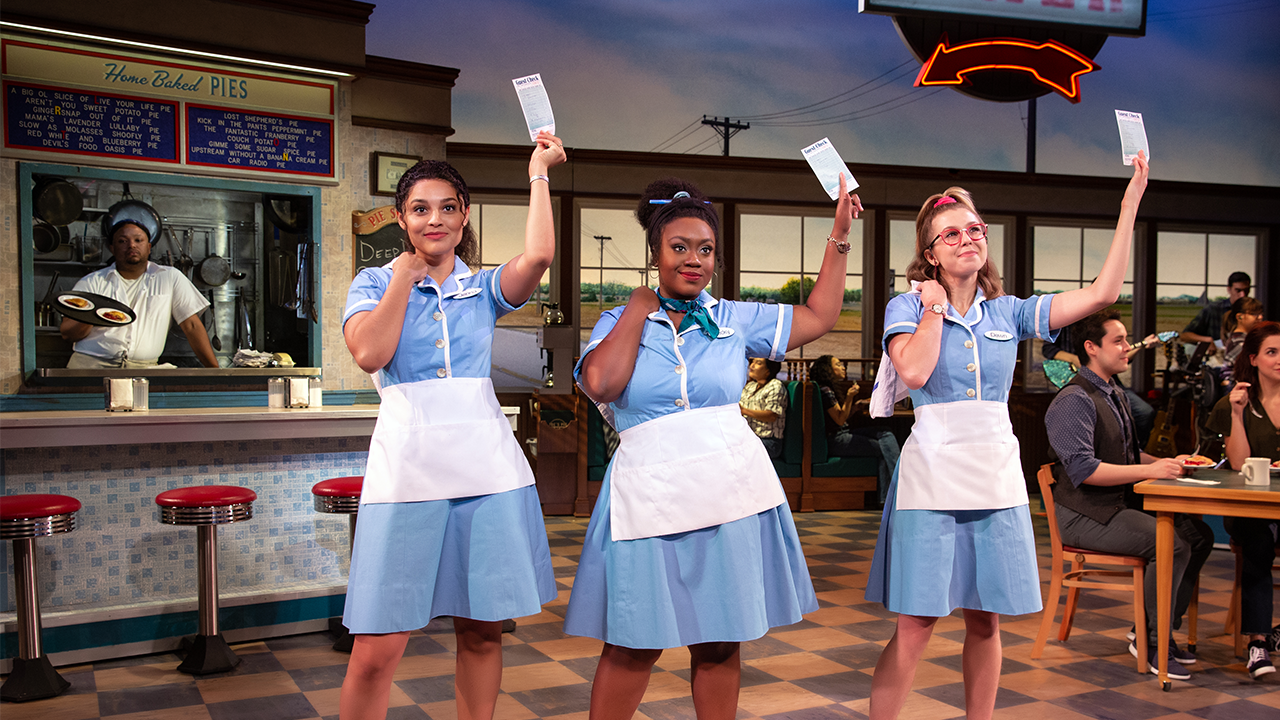 Just in time for Mother’s Day, the Broadway smash  “Waitress The Musical” hits the stage at Jesse Auditorium on Sunday, May 8, as part of the University Concert Series.

“Waitress” tells the story of Jenna Hunterson, a waitress at Joe’s Pie Diner who is trapped in a relationship with her intensely jealous husband, Earl. A talented baker who pours her feelings into confections with such names as Couch Potato Pie and Sweet Victory Pie, Jenna is secretly trying to save enough money to leave Earl. Her situation becomes more complicated when she discovers she’s pregnant — and when she starts an affair with her doctor. Could winning a pie contest in a nearby town offer Jenna a way out?

The musical, based on a 2007 independent film by the same name, premiered on Broadway in 2016. Grammy winning singer-songwriter Sara Bareilles, known for pop hits including “Love Song” and “Brave,” scored a Tony nomination for her original score.

Here, Jisel Soleil Ayon, who plays Jenna, shares what makes this show such a delicious treat.

What can you tell us about your character, Jenna?

In a nutshell, Jenna is a woman who has forgotten about her dreams and how to show herself the love she constantly shows others. She is compassionate, patient and resilient.

How do you prepare to bring Jenna to life onstage?

Believe it or not, I don’t do much to prepare to be Jenna onstage. Acting is a lot about bringing yourself to the stage for a truthful and honest performance. You can’t leave yourself behind. So, each night, I try to stay present, live in the given circumstances of the play, and let the rest fall into place.

What is your favorite moment in the show and why does it resonate with you?

It's hard to pick one favorite. I will say that I continue to grow fonder of the song “Soft Place to Land,” and the scene right before it, as the tour goes on. I keep finding deeper ways to connect to them and I look forward to sharing those lovely, heartfelt moments with my costars — who are rockstar women.

If you could try any one of Jenna’s wonderful pies, which would it be?

I’ve already tasted some of Jenna’s pies, but one I haven't made that I would like to try is My Husband’s a Jerk Chicken Pot Pie.

What do you hope audiences will take away from seeing the tour of Waitress?

This show has so much heart and humanity, and audiences feel that. It’s why people continue to come back to this show. People can see a little bit of themselves in each character.