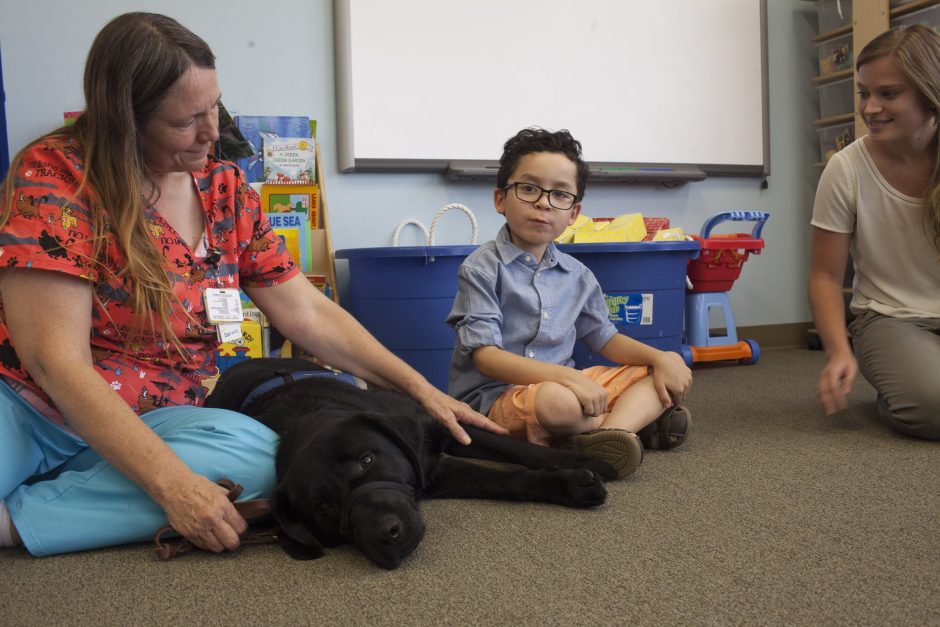 Francisco Lopez, 7, (mother Pauline Barragan, not pictured), at the Thompson Center with the clinical therapy dog Rhett, a black Lab. 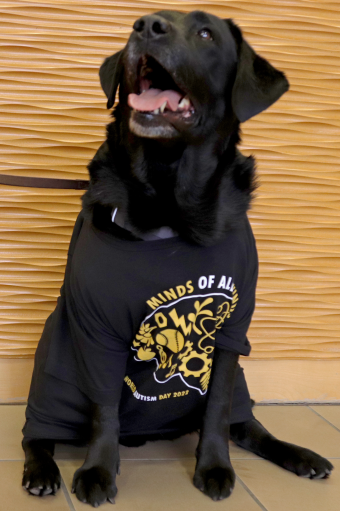 Rhett serving as a therapy dog.

Some children with autism spectrum disorder struggle with anxiety or have difficulty communicating in certain social situations. To help alleviate those struggles, researchers have studied various interventions, including therapy dogs, which are often cited as a popular social catalyst or stress reliever for children with autism.

But a study at the University of Missouri found that while some children with autism enjoy interacting with dogs, they are not preferred by all children with autism. The finding highlights the importance of first identifying the preferences of individual children before investing heavily in an intervention, such as a therapy dog, that might not be in a child’s best interest.

Emma Keicher, an applied behavior analyst at the MU Thompson Center for Autism and Neurodevelopment, collaborated with former MU faculty member and primary investigator Casey Clay, to see if children with autism preferred to interact with Rhett, a black Labrador retriever who served as the Thompson Center’s facility therapy dog.

In the study, boys with autism between the ages of four and nine were told that if they completed certain tasks, their reward would be a choice to play with Rhett or some other form of entertainment, such as playing with various toys. 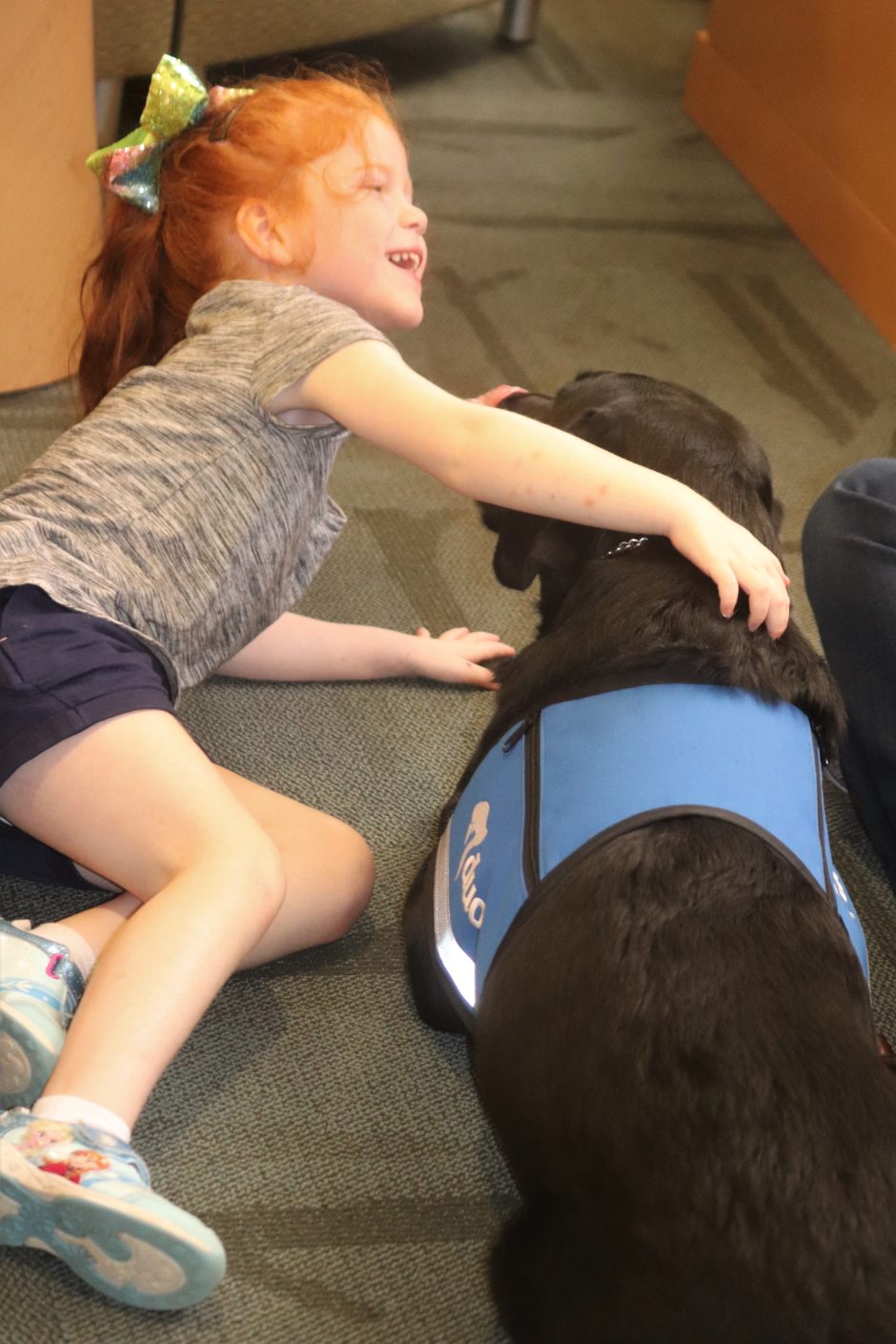 Rhett playing with a child.

The researchers found that after completing the tasks, some boys enjoyed interacting with Rhett far more than playing with the toys, while some were indifferent toward the dog and mainly played with the toys, and others did not want to interact with the dog at all.

“People often assume that dogs are positive reinforcers for kids with autism, and while that may be true for some kids, the research shows that not all kids with autism spectrum disorder respond favorably to dogs,” Keicher said.

While the children in the study were familiar with the tasks they were asked to perform, the research shows that identifying what motivates a child with autism — whether it’s time to play with a therapy dog or a favorite toy — can be used as a reward to motivate that same child to practice new skills, such as communicating effectively in social situations.

“We like to say in the autism research community that if you have met one child with autism, you have really just met one child with autism, and it is important not to paint with a broad brush and assume that all kids with autism will respond favorably or unfavorably to the same stimuli,” said Clay, who now works as the director of the Behavior Program at the Thompson Autism Center in Orange County, California. “The key takeaway from this study is to tailor interventions according to the specific individual, because the autism spectrum is incredibly broad, and applied behavior analysis, or ABA, is the best evidence-based approach to do this.”

“Advancing Methods in Animal-Assisted Intervention:  Demonstration of Starting Points in Clinical Practice for Children with Autism Spectrum Disorder” was published in Behavior Analysis in Practice. Co-authors on the study include Brittany Schmitz, Anna Hogg, Anne Clohisy and SungWoo Kahng.