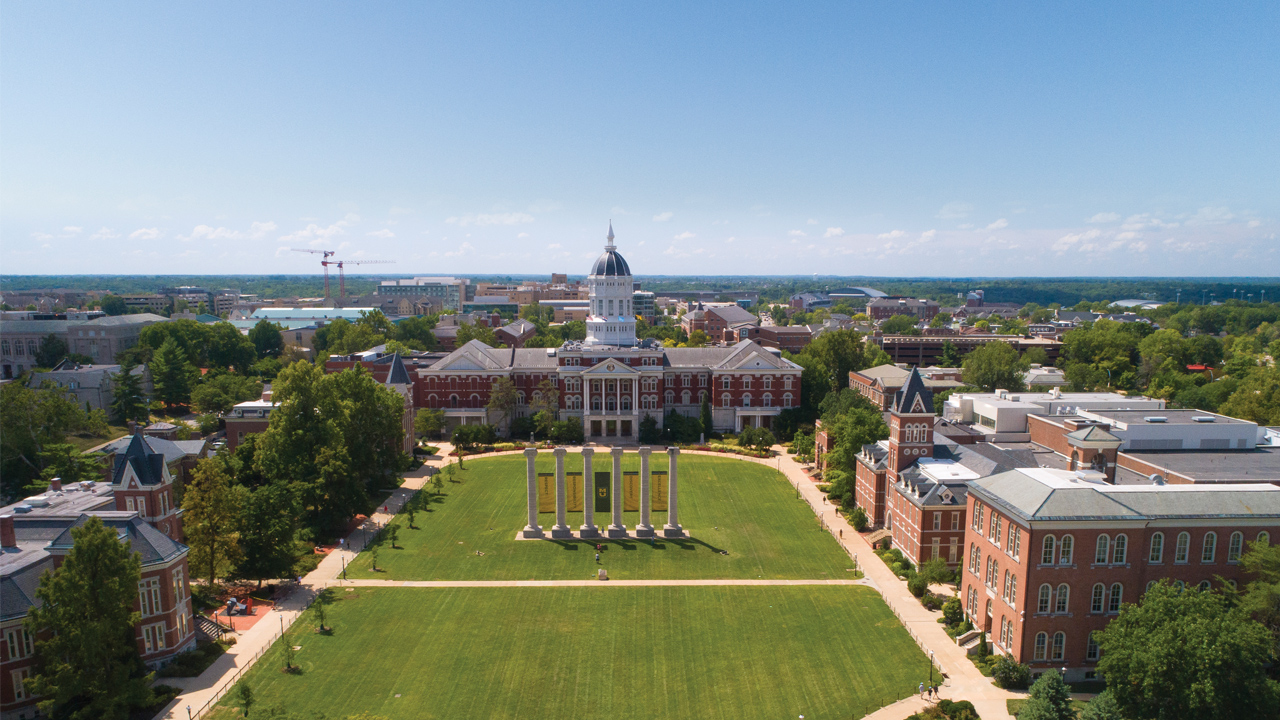 A drone’s-eye image, made in August, shows replacement oak trees along the eastern (left) edge of Francis Quadrangle. The rest are scheduled to be planted this fall. The pin oaks that had long presided over the Quad were taken down for safety reasons over the summer. Photo by Mike Boles.

Early photographs of the Quad betray a botanical austerity. It was all about the buildings those generations ago. Perhaps only the grayheads who trod Francis Quadrangle in the 1950s could recall what it looks once again, largely bereft of tree cover. The pin oaks most alumni have known, of late aged and failing, were felled this summer for the safety of passersby. With that, our beloved sylvan yard had its first shave in the better part of a century. The last time was back in the winter of 1947 when an ice storm shattered a rank of elms ringing the Quad.

We all bemoan the loss. There was comfort in the beauty, cool in the shade and luminous color in fall at leaf turn. It wasn’t just the squirrels that lost their nests — those mighty stems were ever-ready backrests for reading or informal colloquy.

The circa 1915 ivy-covered buildings of Francis Quadrangle in panorama. State Historical Society of Missouri.

Yet consider what a walk on Francis Quadrangle offers now. M.F. Bell’s elegant layout and architecture retake center stage. The scale has recalibrated. Views have re-emerged for the first time in decades. Bell’s grand brick-and-stone structures are every inch a match for the big ideas pinging their labs and classrooms. The quality and significance of the buildings and spaces between have landed the Quad district a coveted spot on the National Register of Historic Places. With that in mind, we take a look at images of Francis Quadrangle going back well over a century. 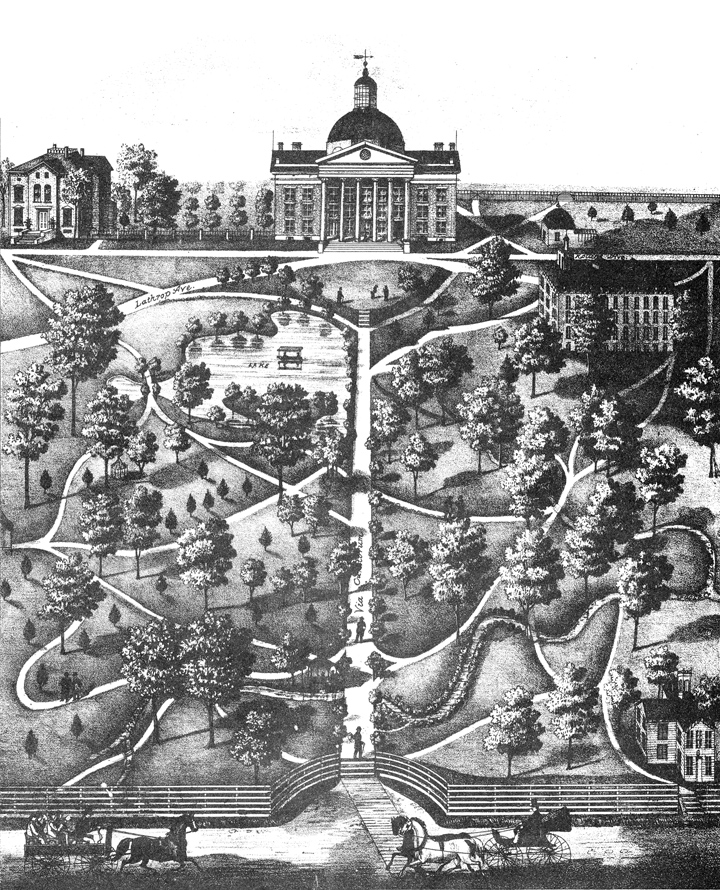 This circa 1875 illustration, though not technically of the Quad, offers a sense of the rustic surroundings. University Archives c:0/47/2. 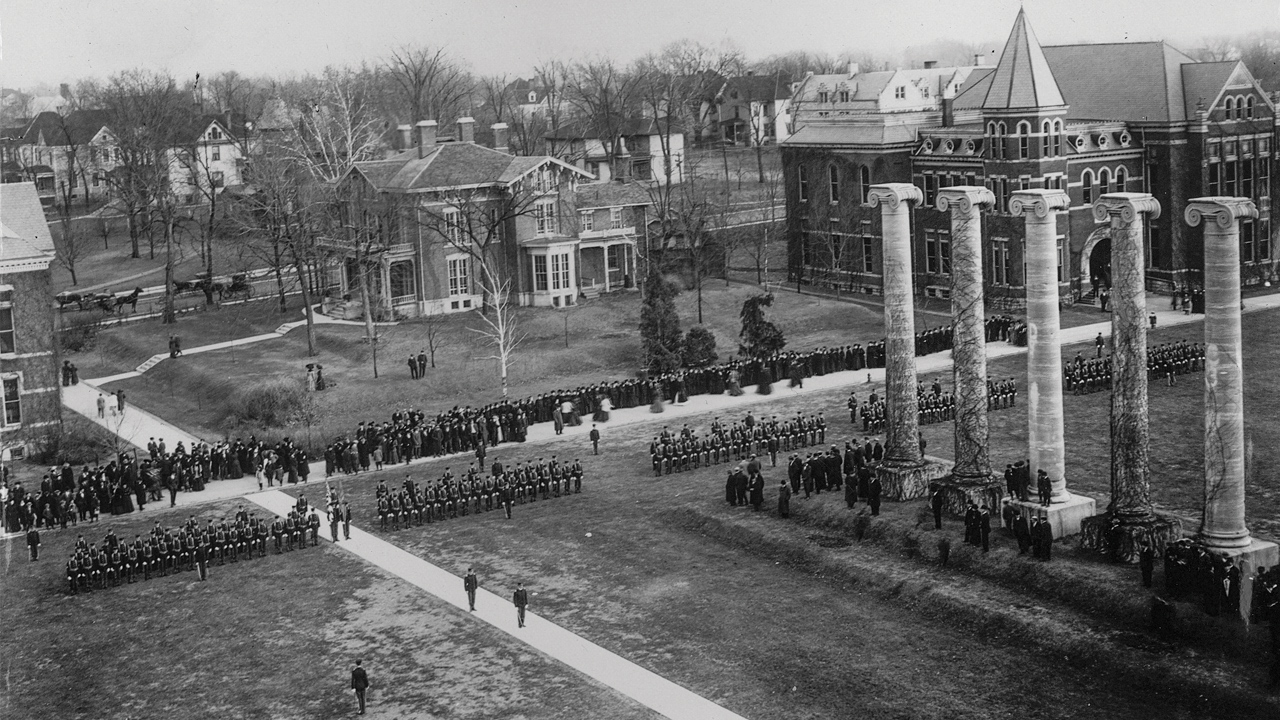 Cadets parade down the Quad circa 1907. The annual military parade
celebrates the university’s foundation as a land-grant institution. University Archives C:0/46/62. 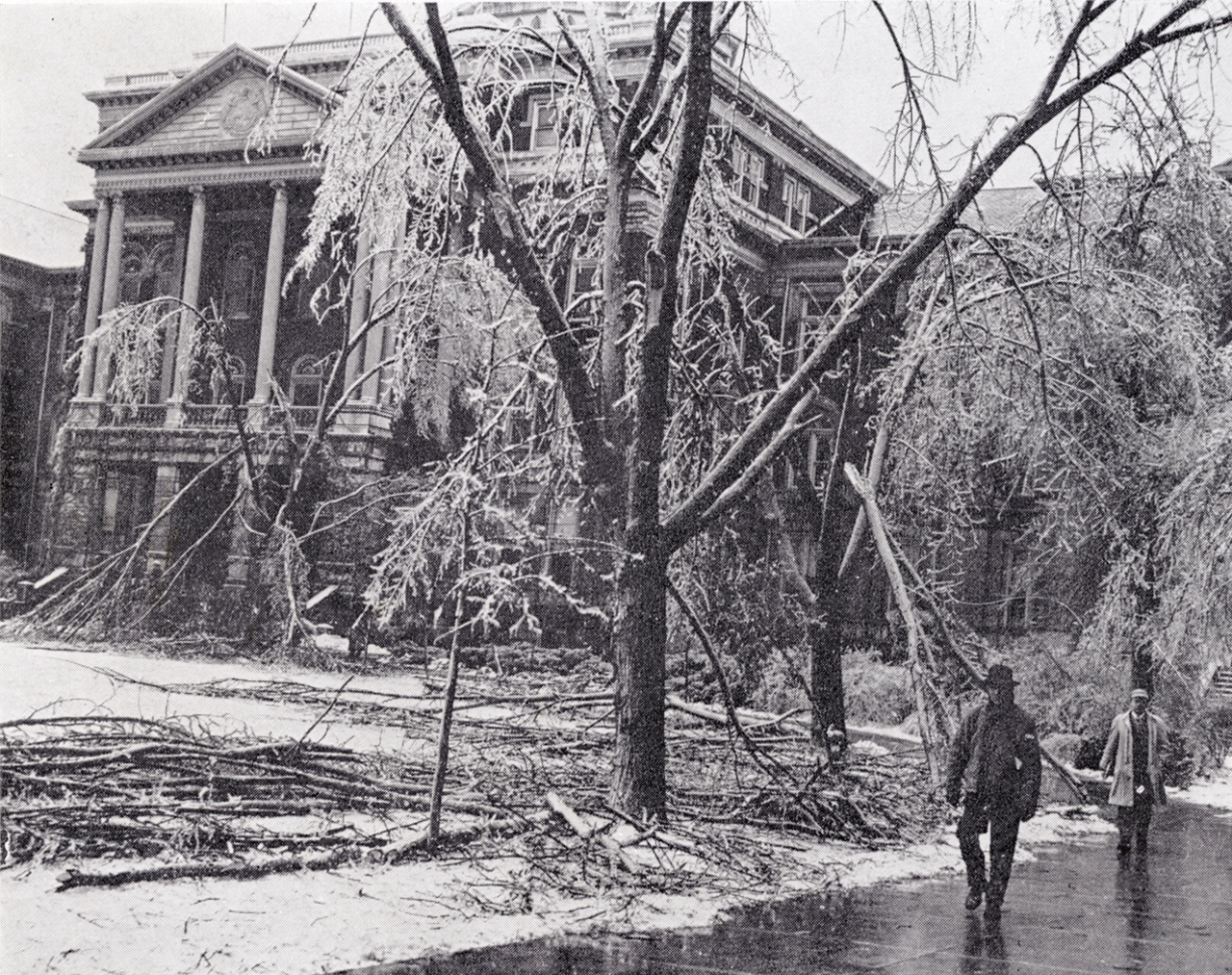 a 1949 ice storm decimated elm trees, which made way for the pin oaks that were felled this summer. 1949 Savitar. 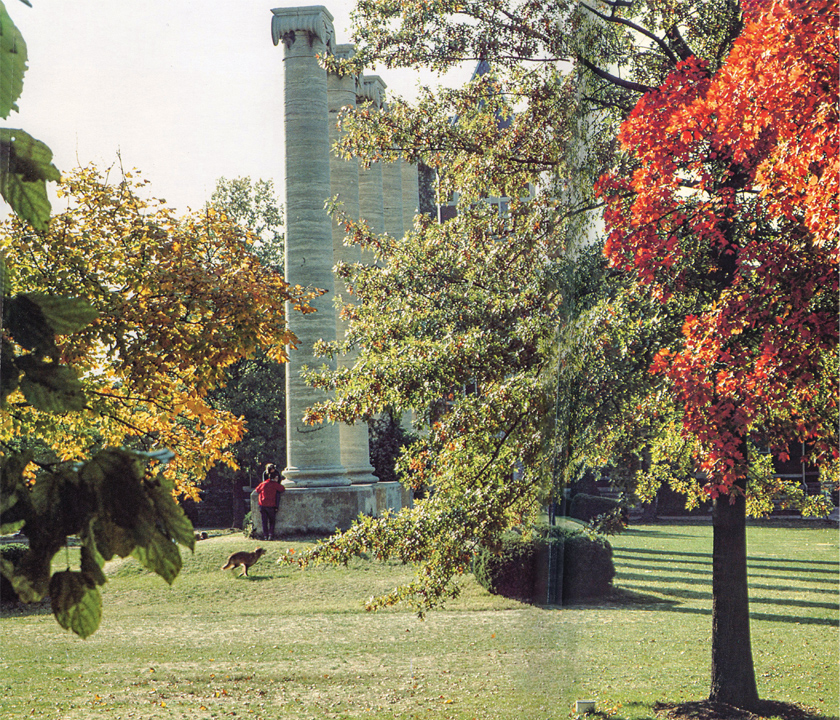 Hard to say who is enjoying the Quad more — pet or person — in this 1977 Savitar photo. 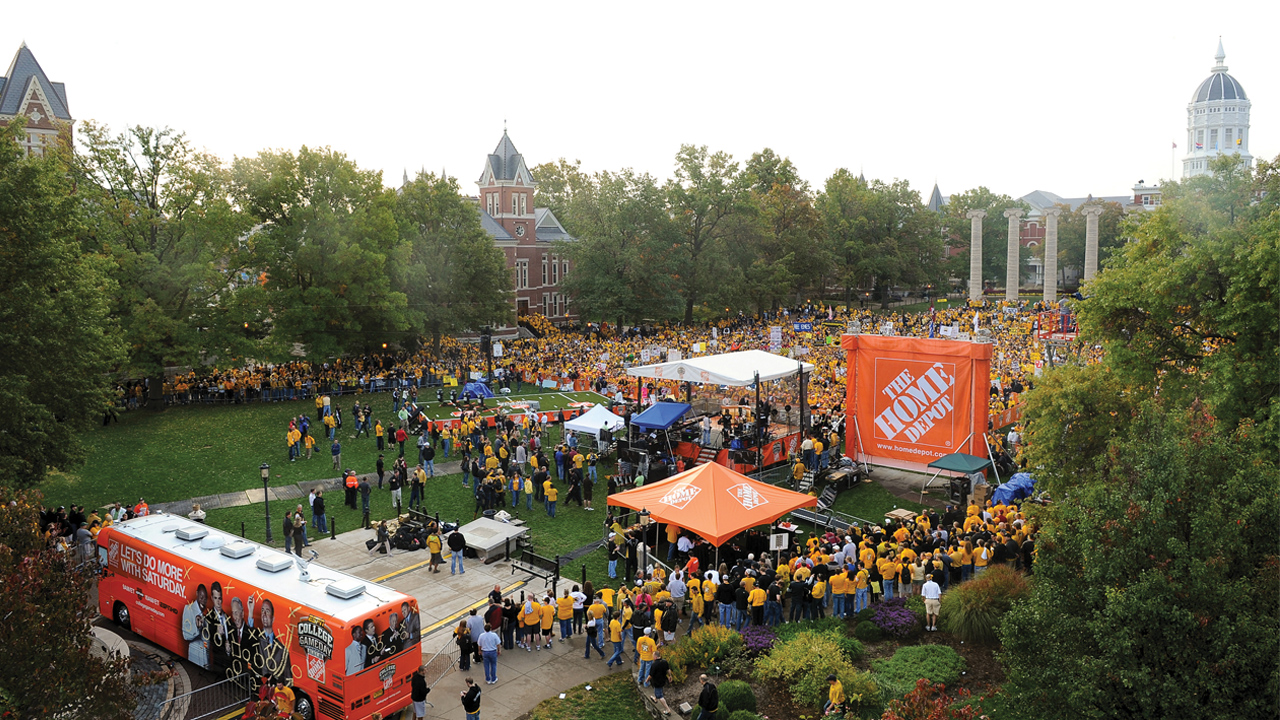 On Oct. 23, 2010, ESPN’s College GameDay rolled into Columbia, and a crush of Tiger fans jammed into the Quad near the show’s set. The football team responded with an upset over No. 1 Oklahoma. Photo by Shane Epping.

More on the new trees: showme.missouri.edu/2022/planting-a-legacy