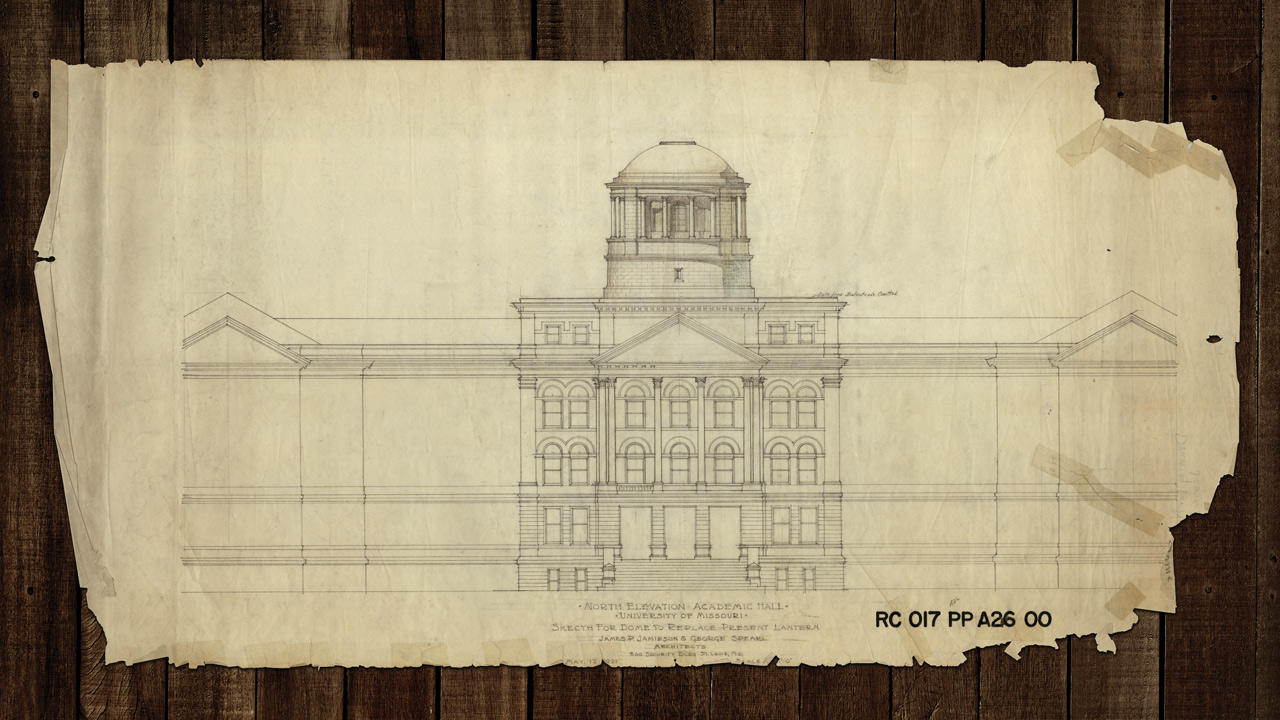 This year marks the centennial of the naming of Mizzou’s most iconic building. Jesse Hall was known as New Academic Hall until 1922, when MU renamed it for Richard H. Jesse, the eighth president of the university, shortly after his death. Starting in 1891, Jesse spent 14 years transforming what had been a traditional university into one leaning hard into the modern age. Mizzou’s Building and Infrastructure Archives department keeps this drawing from 1921, exhibit A of a move then afoot to crop the building’s resplendent nine-story dome. Fortunately, the rendering by architectural firm Jamieson and Spearl of St. Louis was never realized, and the original pinnacle, beloved by generations of alumni, remains Mizzou’s symbolic center.