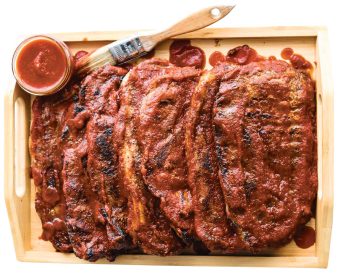 Don’t tell anyone, but Billy Parisi’s culinary journey started illegally. This was in St. Louis back in the ’90s, when a family friend hired him to wash dishes in his restaurant. He was just 13. As young Billy scrubbed dirty dishes in the kitchen, he became enthralled by the beautiful plates leaving it. “I loved seeing all these colors on a white dish,” he says. “I’m thinking, ‘Golly, that’s beautiful art right there.’ ”

Now Parisi, BS ’07, is doing the creating. A classically trained chef, he uses his decades of experience to make how-to videos of recipes so delectable that viewers may be tempted to eat their screens. Parisi creates all the recipes himself — he estimates “close to a thousand” since 2009 — and shoots from a studio close to his home in Crown Point, Indiana. He does his own producing, shooting and editing. “I know how to speak well about food and make food look pretty because of my background,” he says. “I really just combined the two talents and homed in on that niche.”

Parisi earned his chef stripes as a graduate of the Scottsdale Culinary Institute in Arizona. But he credits his time at Mizzou with helping him put all the professional pieces together. When he enrolled at MU at age 22, he was already burned out from logging impossible hours at restaurants. He wanted a new direction. While taking a television studio production elective during his sophomore year, he sat in the director’s chair and had his aha moment. “I thought, ‘Oh, my gosh, this is incredible,’ ” he says. Parisi changed his major from Spanish to communications the next day. 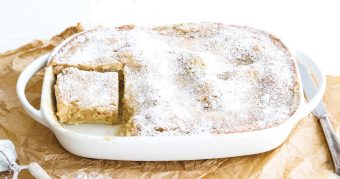 He moved to Chicago after graduation and started rolling. For years, Parisi created content “for every food brand you could think of” and did his videos as a side hustle. The pandemic proved to be a game changer: Knowing that everyone was stuck at home and experimenting in the kitchen, he ventured into his studio more frequently and taught fundamental techniques, such as smoking and barbecuing, via his YouTube channel, Facebook and website, BillyParisi.com. Perhaps not surprisingly, his lesson on artisan bread has racked up 1.8 million views on YouTube. Now solely focused on expanding his brand, he films five days a week and boasts, “I’ve never had the Sunday blues.”

For a more in-depth look at these recipes and more tailgating treats, visit the links below: