Studies show having mental illness can affect the chances of someone on probation or parole getting out from under government supervision. To combat this, it’s not only important that individuals have access to mental health resources, but also that the officers involved know how and when to use them. 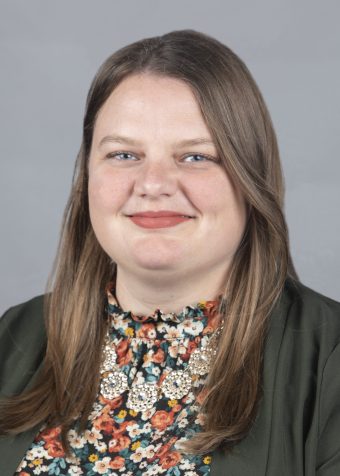 Ashley Givens is an assistant professor within the MU School of Social Work.

According to the Bureau of Justice Statistics, more than 4 million people in the United States are currently on probation, and more than 15% of these people have some kind of mental health need. That’s why University of Missouri professor Ashley Givens jumped at the opportunity to create an online training about mental illness for Missouri Department of Corrections probation and parole officers when the department reached out.

To measure the module’s success, she recorded the officers’ level of bias about mental illness both before and after the training, and she found that even this low amount of training can be successful at reducing stigma towards mental illness, especially for people who had a low level of stigma going in.

Givens gave participants from the state of Missouri surveys to understand their baseline beliefs about people with mental illness. The goal of the training is for officers who run into issues with individuals on their caseload to consider what mental illness can look like and what behaviors might be symptoms of a mental illness rather than non-compliant actions. Trainings like the ones that Givens puts together can help provide the officers with the knowledge they need to determine if their supervisee needs additional resources before being punished for non-compliance. However, Givens found they are also successful in fighting stigma.

“There are two main takeaways from this study,” Givens said. “First is that even very basic training can reduce stigma surrounding mental illness. We trained for about an hour or so, and even that minimal amount of training reduced the bias of the officers. The second big takeaway is that the larger their pre-test stigma was, the less change in stigma was tracked in the test after the training.”

In other words, the research showed that the more bias an individual had before the training, the less effective the training actually was. However, the training did have an effect, even if it was a minute one. Givens believes this finding should actually encourage those that are attempting to free people of their stigma.

“We tend to think of stigma as a huge issue, and that it is impossible to get somebody to overcome their unconscious biases,” Givens said. “What this shows is that even moving the needle by just a little bit is better than not trying to address it and not moving that needle. If we can take small increments and move the needle little by little, we can take small steps that can make a large impact overtime.”

“If we want to address this problem, we have to really think about who is being hired, who is interacting with these folks, and what their attitudes are coming in,” Givens said.  “We have to think about how do we, from the very beginning of their employment, really set these officers up to take mental illness seriously, and not interpret a psychotic episode as a non-compliance.”

According to Givens, the Missouri Department of Corrections is taking many of these steps and has been working diligently toward becoming inclusive and understanding of people with mental illness.