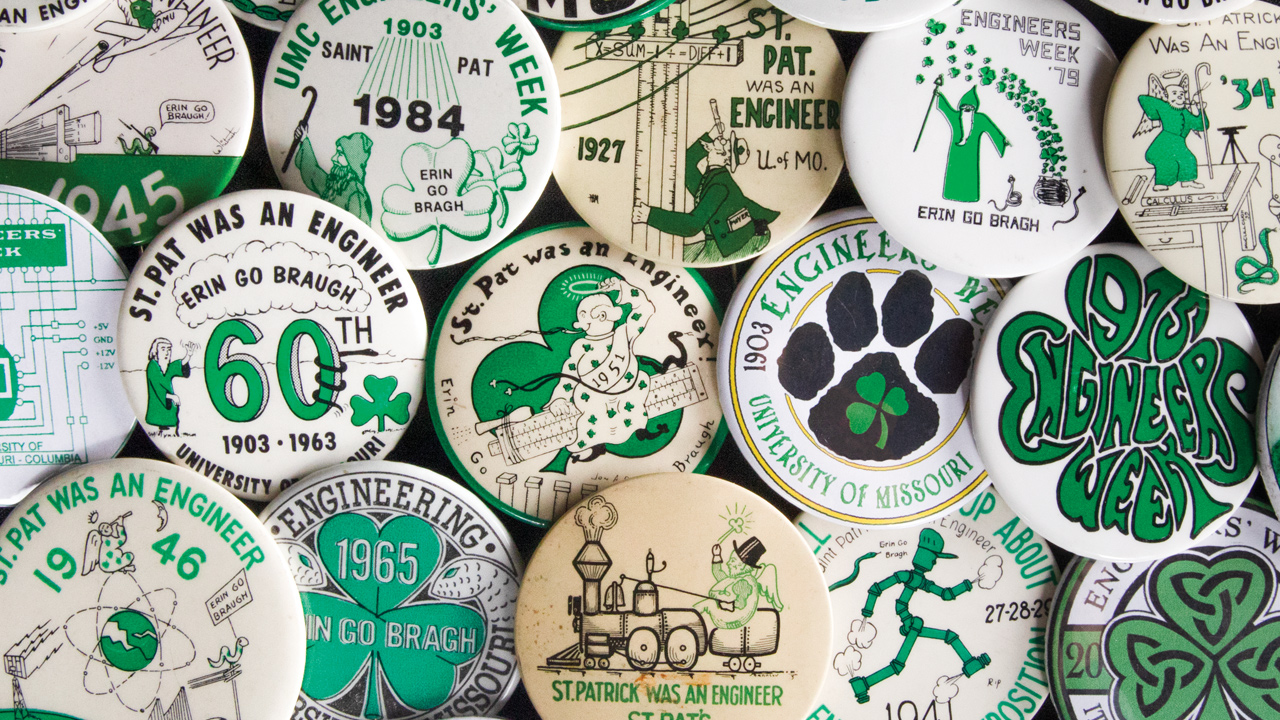 In many ways, the history of the University of Missouri College of Engineering mirrors the past 150 years of the United States. Just looking at a list of the school’s departments and when they were introduced tells the story of burgeoning industrialized America.

Start with military engineering, which was already in existence when the college was officially incorporated in 1871, less than a decade after the Civil War. The college then evolved to include electrical (1885), mechanical (1891), chemical (1903), nuclear (1964), aerospace (1967), computer (1982) and environmental engineering (1998). In that time, the college, like the country, had grown in size, stature and influence among its peers. It’s now seen as one of the most prestigious and rigorous programs on campus.

But just like the U.S., Mizzou’s College of Engineering had much humbler beginnings. And as any true engineer would certainly appreciate, the college sprung from the most practical purpose — to survey, map and assess land. In 1849, as the federal government, its white citizens and many immigrants rapidly accelerated their conquest of the continent, a 10-year-old MU offered the first formal engineering course west of the Mississippi River. The class in civil engineering was entitled Surveying, Leveling and Topography. At the time, what was considered “civil engineering” was comprised mostly of land surveying and topographical drawing. In his book Engineering at the University of Missouri 1850–1940, Mizzou Professor Wendell P. Weinbach wrote: “Students specializing in engineering were required to take courses in Physiology and Anatomy, Logic and Rhetoric, Intellectual Philosophy and Christian Evidence, Moral Science and Political Grammar, in addition to Latin, French and German.” 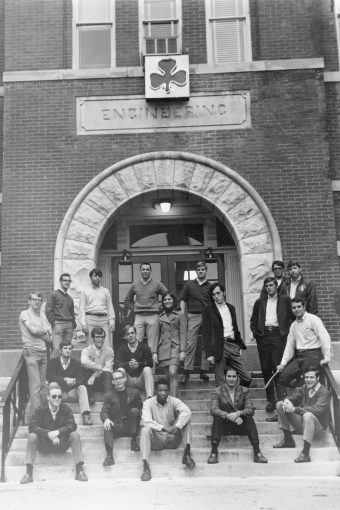 Members of the Mizzou Engineers Club gather in front of the Engineering East building in 1969. Today, the college has more than 50 student organizations.

In fact, in 1860, the board of curators deemed engineering so much a trade that it fell outside the purview of a classical liberal arts education. The university omitted the School of Engineering from its catalog of academic departments altogether and reclassified the few remaining civil engineering classes as “Mechanical Philosophy.”

But just two years later, the Civil War was already giving the country a greater appreciation for the applied sciences, particularly agriculture, engineering and military tactics. Congress passed the Morrill Land-Grant College Act of 1862, which set aside government lands to create colleges that “benefit the agricultural and mechanical arts.” Part of the legislation provided the university with an Army officer to teach civil and military engineering. In 1868, with the war over and classes resumed, the university’s board of curators established a department, curriculum and degree for civil engineering. The board then approved the College of Agriculture and Mechanical Arts in 1870, a department of which was the School of Engineering, incorporated in time to welcome students for the 1871 school year.

In 1877, the School of Engineering officially separated from the College of Agriculture and Mechanical Arts, and Thomas J. Lowry was appointed dean, essentially creating the College of Engineering. Soon electrical engineering would emerge as part of the curriculum, one of the first such programs in the country, and none other than Thomas Edison himself donated an electrical dynamo to the university, which it used to make Academic Hall, then MU’s main building, the first electrically lit building in Columbia. The wiring was done by Mizzou engineering students — a fact the college boasted less about after the legendary 1892 fire, caused by the wiring, burned all but the structure’s stone columns to the ground. “The fire was a blessing in disguise,” writes Weinbach, perhaps somewhat wishfully. “It stirred up public interest in the University … with the funds collected from insurance, given by the state and generously subscribed by the people of Boone County, there were built six new buildings, including the present Engineering Building.”

What is now Lafferre Hall opened right next to those iconic Columns the year after the fire. But the building was much smaller than it is today. At the turn of the 20th century, enrollment in the college was only 130 students. They sometimes wielded an outsized influence, like in 1903, when a group of pupils discovered that St. Patrick was an engineer and decided to cut class in March to celebrate, unwittingly inventing Engineers’ Week. 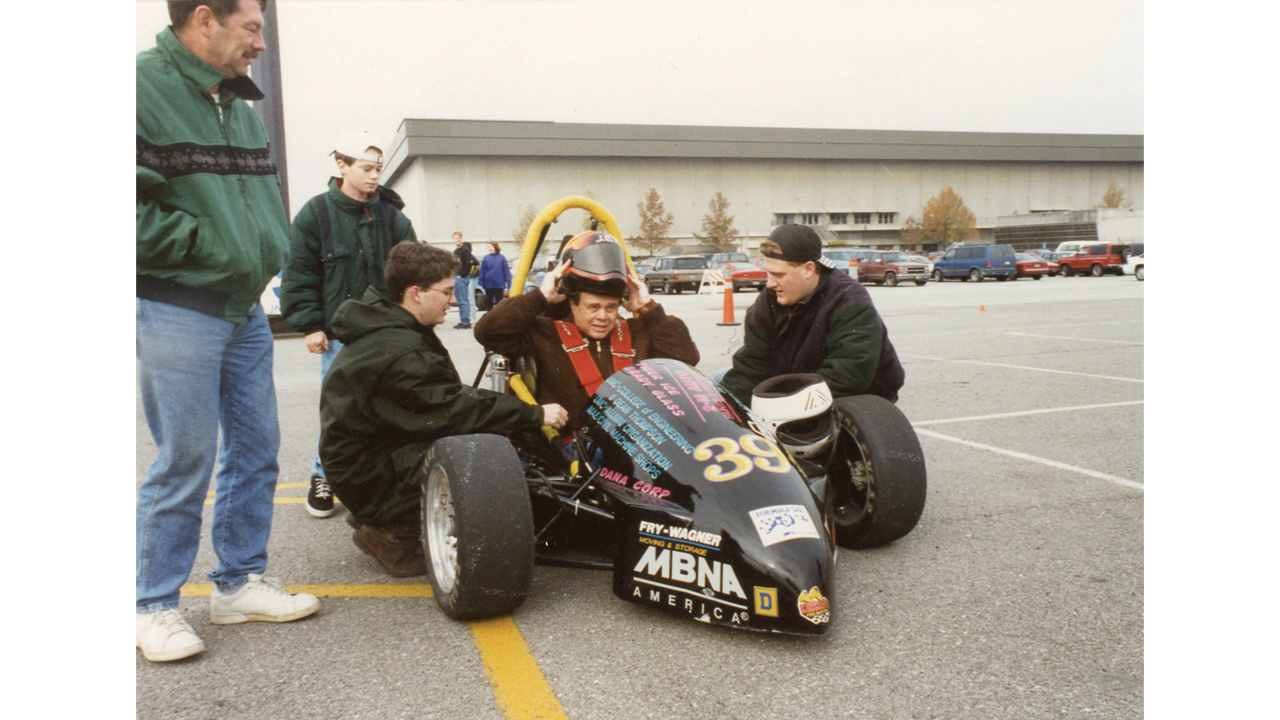 But as with the rest of the university, the 1900s were a time of rapid growth for engineering, both as a school of study and for the college itself. By 1910, enrollment had spiked to 411, and apart from a brief setback when the school decided to expand from a traditional four-year program to an intensive five-year program (an experiment that saw enrollment halved and was thus abandoned after just four years), the College of Engineering thrived in the American century.

In 1964, the college joined the nuclear age with the establishment of the nuclear engineering department. A year later, the MU Research Reactor opened on 85 acres southwest of campus, providing a place for the demonstration and study of nuclear mechanics. To this day, the reactor is the setting for research and discoveries for everything from dating ancient archaeological finds to developing radiopharmaceuticals. Just as it was in the beginning, the college has worked to expand and evolve to reflect the definition of engineering at the time, bringing computer science over from the College of Arts & Science in 1995, adding biological engineering to the agricultural engineering focus in 1997, including environmental engineering as part of the civil discipline in 1998, and initiating information technology and biomedical engineering (the first ever at a public university) in 2005 and 2018, respectively. 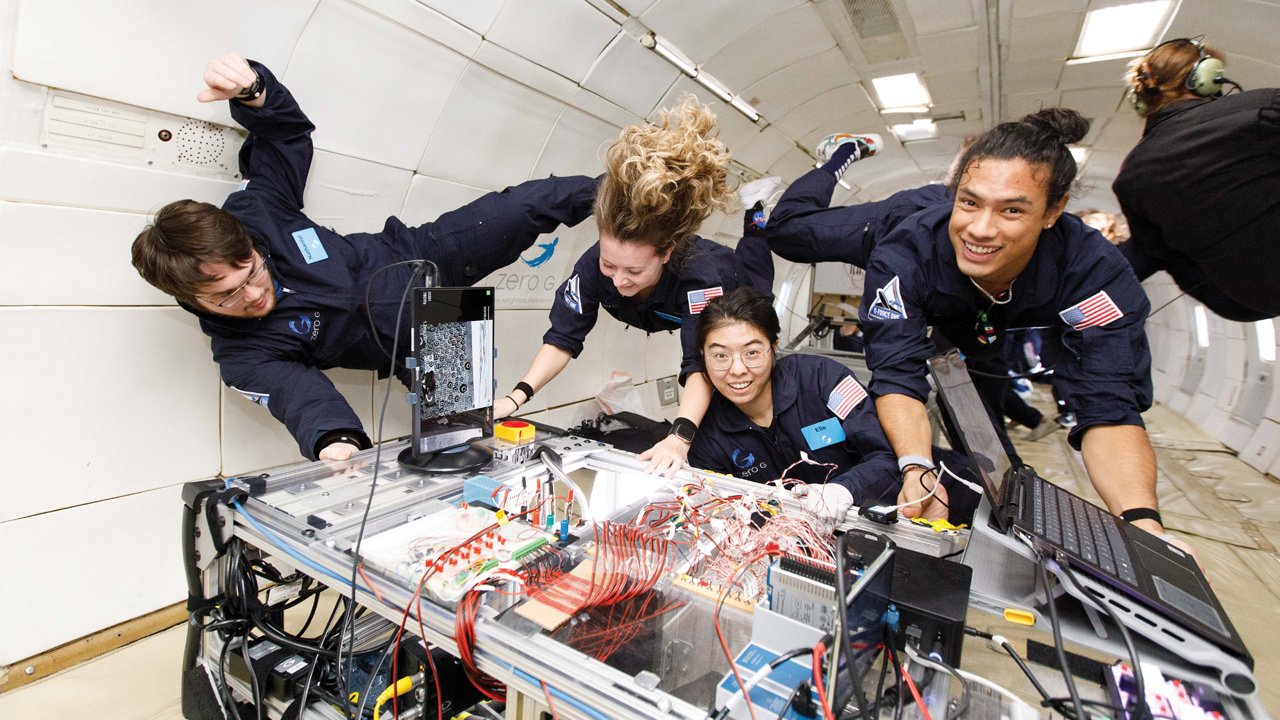 In 2021, engineering students conducted research in a zero-gravity environment.

Today, the College of Engineering enrolls more than 3,000 students, studying 26 individual degree programs at the undergraduate and graduate levels. But the college’s mission to reflect the state of the industry extends beyond the curriculum. The administrators and faculty know it’s also important that the student body reflects the population — something the college continues to address through their inclusion, diversity and equity (IDE) efforts. The college recently formed an IDE Alumni Advisory Council comprised of 10 distinguished alumni who are committed to supporting this mission and moving Mizzou Engineering into a future representative of the changing world.

Since the beginning, the college has been conducting research to innovate a new future for everyone. What started with the dynamo and electric lighting has become more agile supply chains in a post-pandemic world, robots that solve problems across industries, sensors and devices that save lives, virtual reality that immerses users in educational and entertaining experiences, and roads made from plastic water bottles that lead to a more sustainable world.

Mizzou engineers are creating a safer, healthier and greener future — from distinguished alumni like Jerry Jost, BS ChE ’70; Jim Fitterling, BS ME ’83; and Thompson Lin, MS EE ’90, PhD ’93, who have given back to the college through their time and resources to Corey Staller, BS ECON, BS ChE ’14, and Sami Tellatin, BS BE ’15, who were named to Forbes 30 Under 30 for their achievements in chemical engineering and Ronell Jones and Lauren Clay who graduated in December with degrees in chemical engineering and industrial engineering, respectively. They represent the future of Mizzou engineering, born from a long tradition of excellence.

Snapshots from the College of Engineering through the decades.