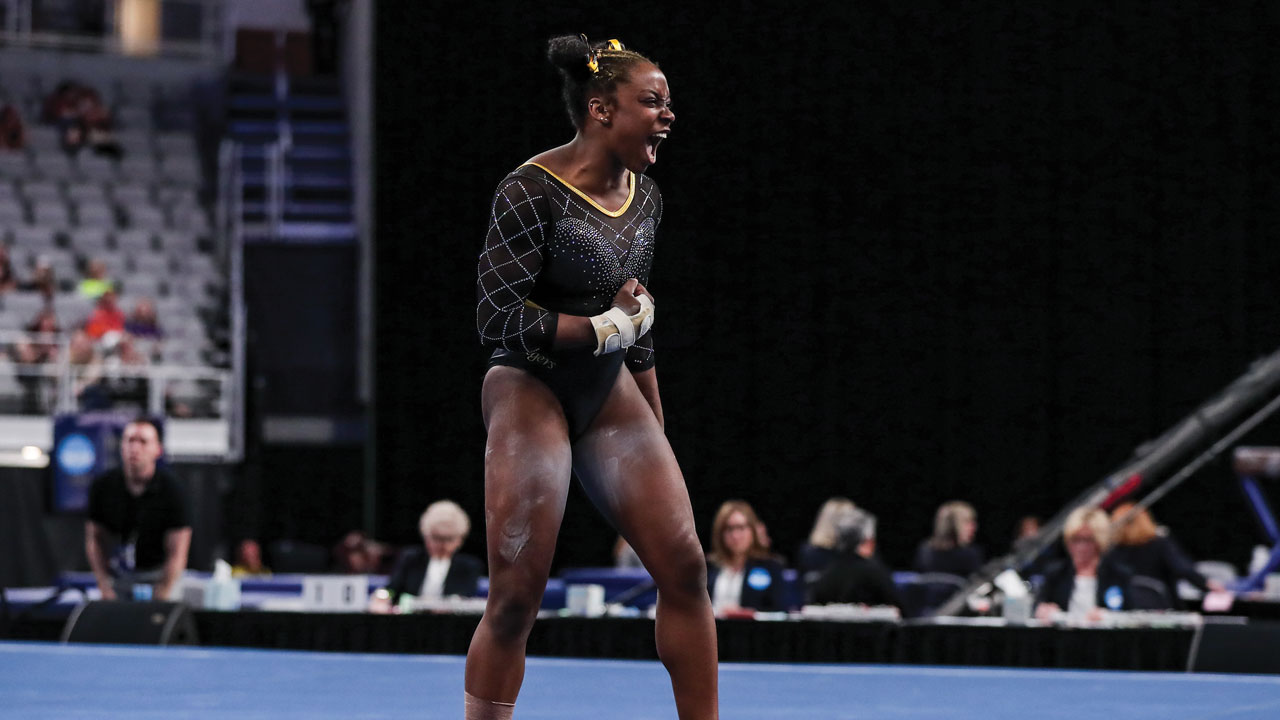 Amari Celestine’s routine propelled the Tigers to the NCCA Championships, the team’s first appearance there in more than a decade. Photo by Mizzou Athletics.

When gymnast Amari Celestine came to Mizzou on a recruiting visit, she was struck by something she saw at a practice. Coach Shannon Welker’s athletes supported one another while they huffed and puffed through conditioning exercises.

“They were cheering through the pain,” Celestine says. “It was amazing to me. I loved how the team interacted with each other.”

The chance to be part of a competitive but supportive team inspired Celestine, a native of Southern California who grew up rooting for UCLA, to choose Missouri. She quickly helped the Tigers soar to new heights. Celestine finished as the national runner-up in the vault, and sophomore teammate Sienna Schreiber was the runner-up on the beam as Mizzou placed fifth in the nation.

The highlight came in the NCAA regional meet in Raleigh, North Carolina, when Mizzou needed Celestine to score at least a 9.925 on the floor exercise in the last event of the night to edge out UCLA for a spot in the NCAA Championships. None of Celestine’s acrobatics during the performance matched the heights she reached when she heard her score and realized the Tigers were advancing for just the second time in program history.

“I don’t think I’ve ever jumped so high and cried so much — tears in every picture — and it was ugly crying,” Celestine says. “It was the greatest feeling I’ve ever had just to be a part of team that wanted something so bad and worked so hard for it, and we finally got it.”