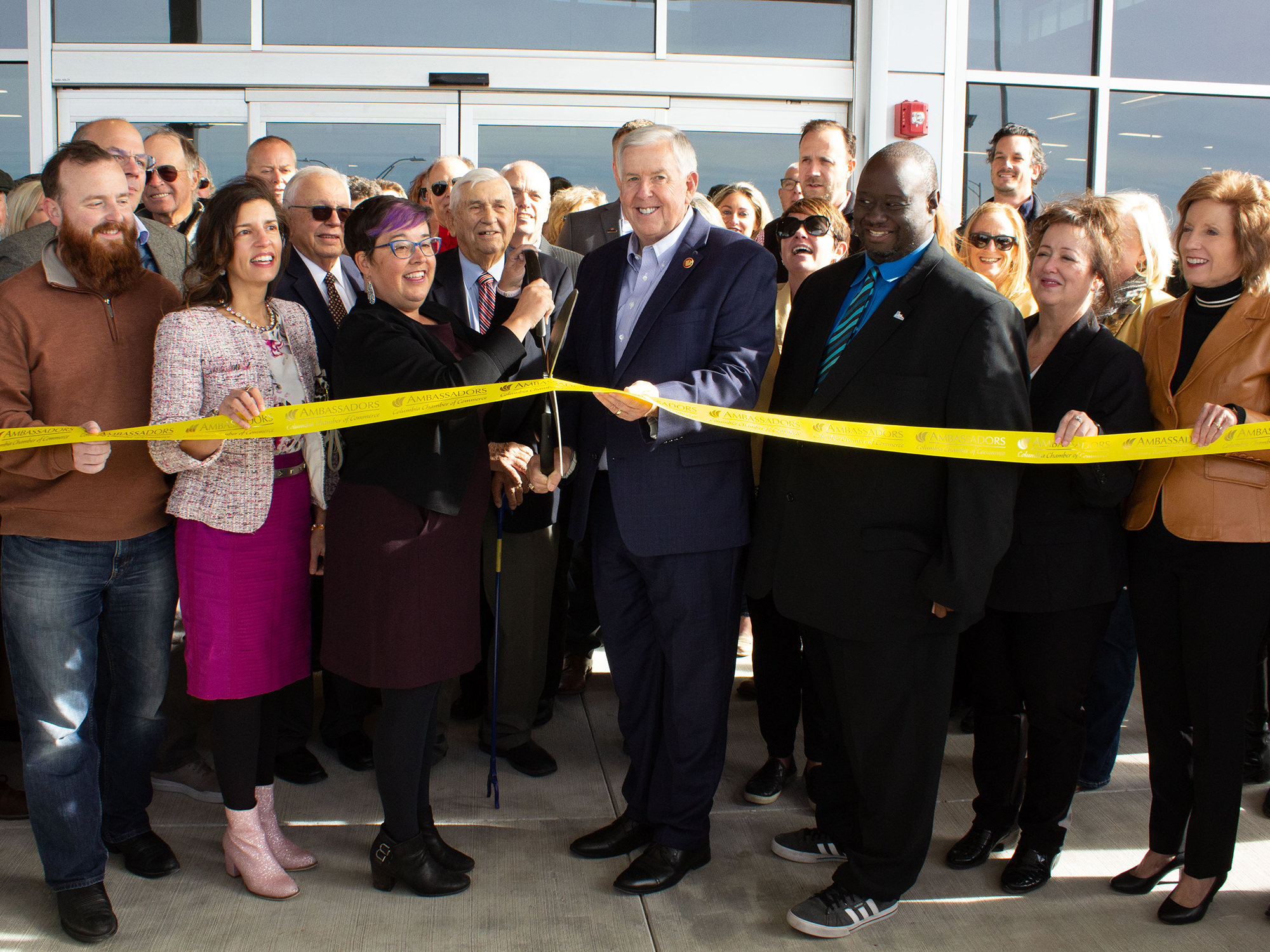 This week, the community celebrated the ribbon-cutting of the new Columbia Regional Airport terminal. Photo courtesy City of Columbia. 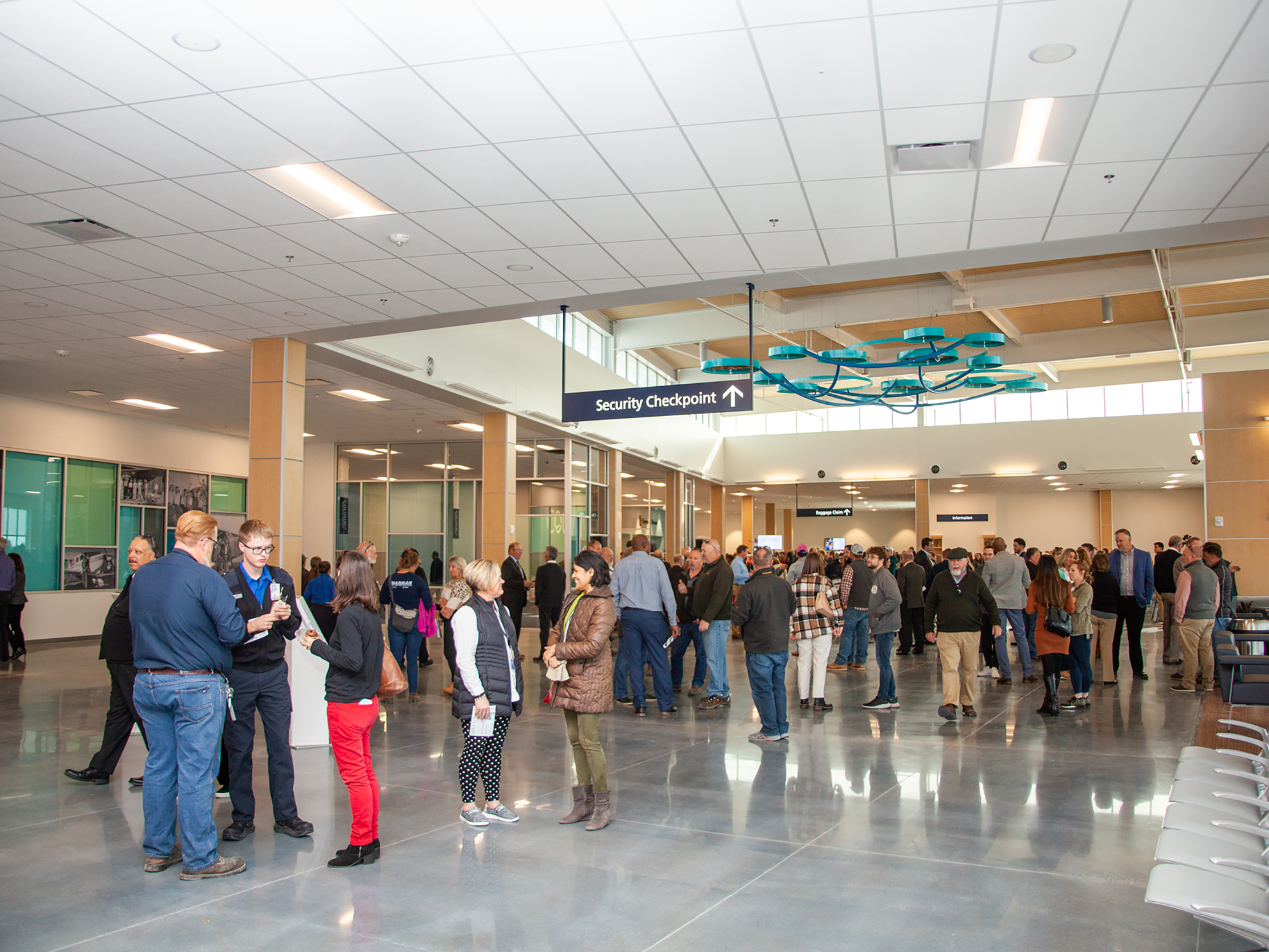 The 52,000-square-foot space is more than triple the size of the original terminal and was built with Columbia's growth in mind. Photo courtesy City of Columbia. 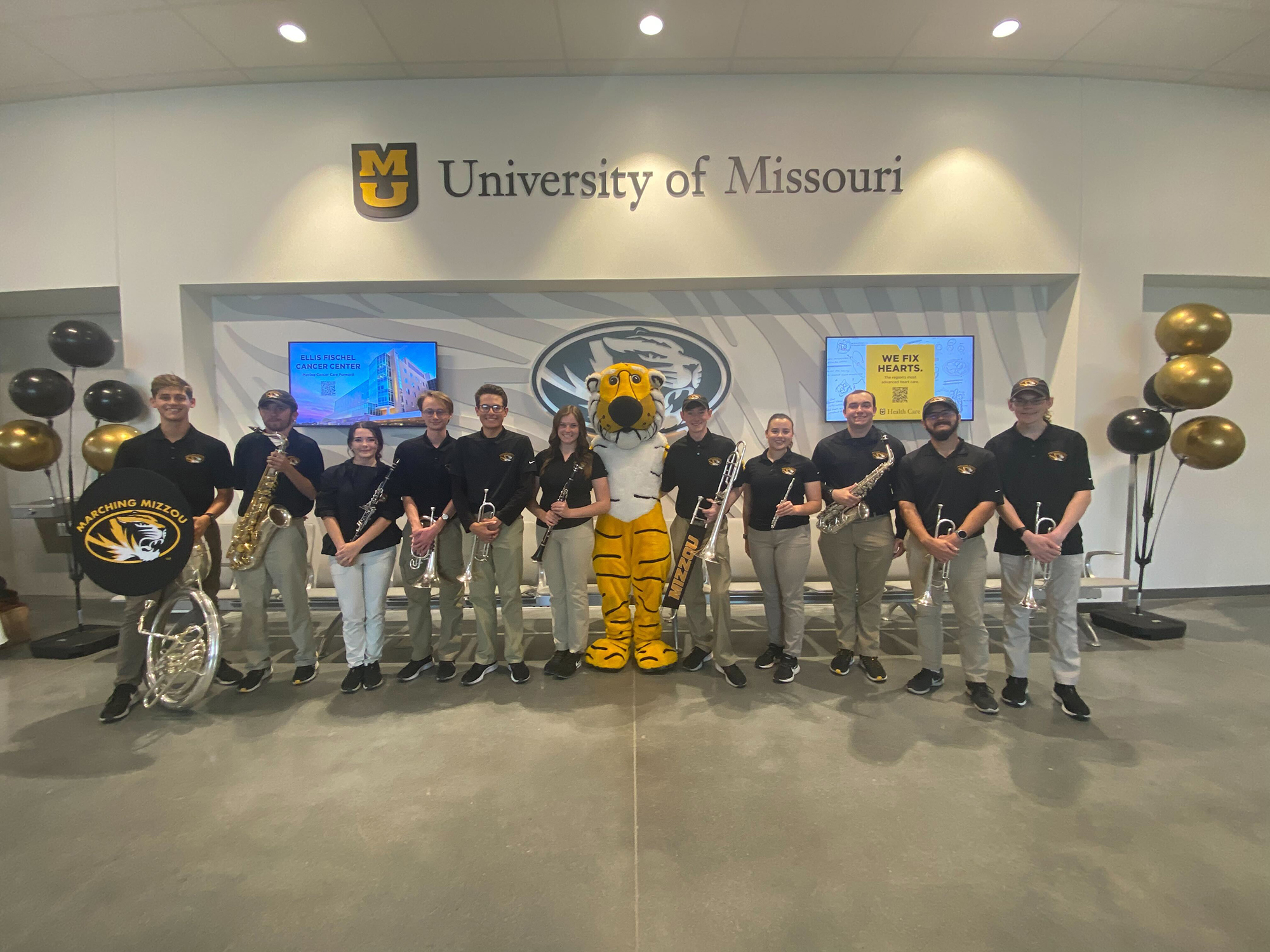 Mini Mizzou, comprised of some of the best students of Marching Mizzou, and Truman the Tiger were on hand to help kick off the celebration. 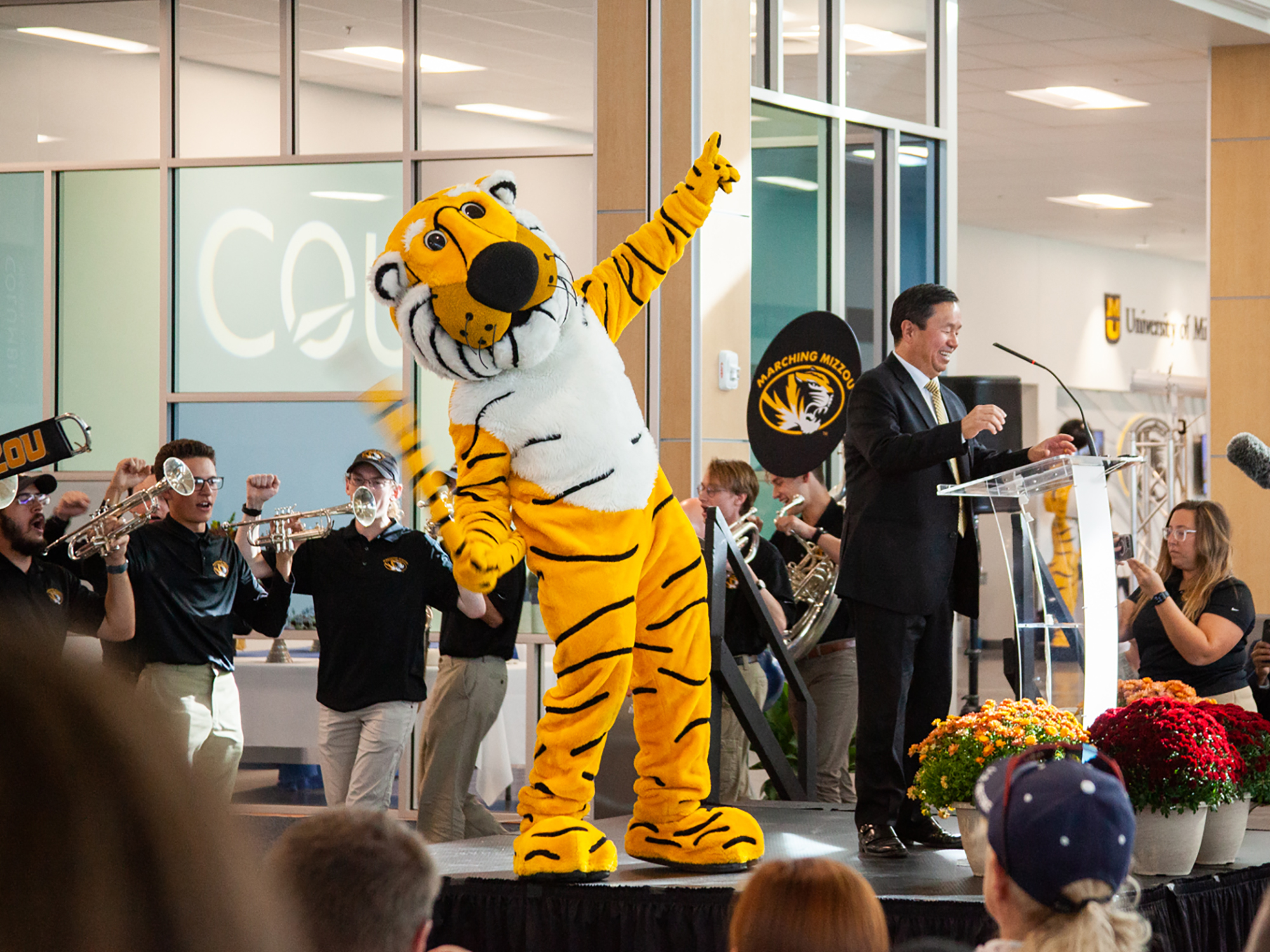 University of Missouri President Mun Choi addressed the crowd during the ceremony. He emphasized the importance of the terminal for our community and the local economy. Photo courtesy City of Columbia. 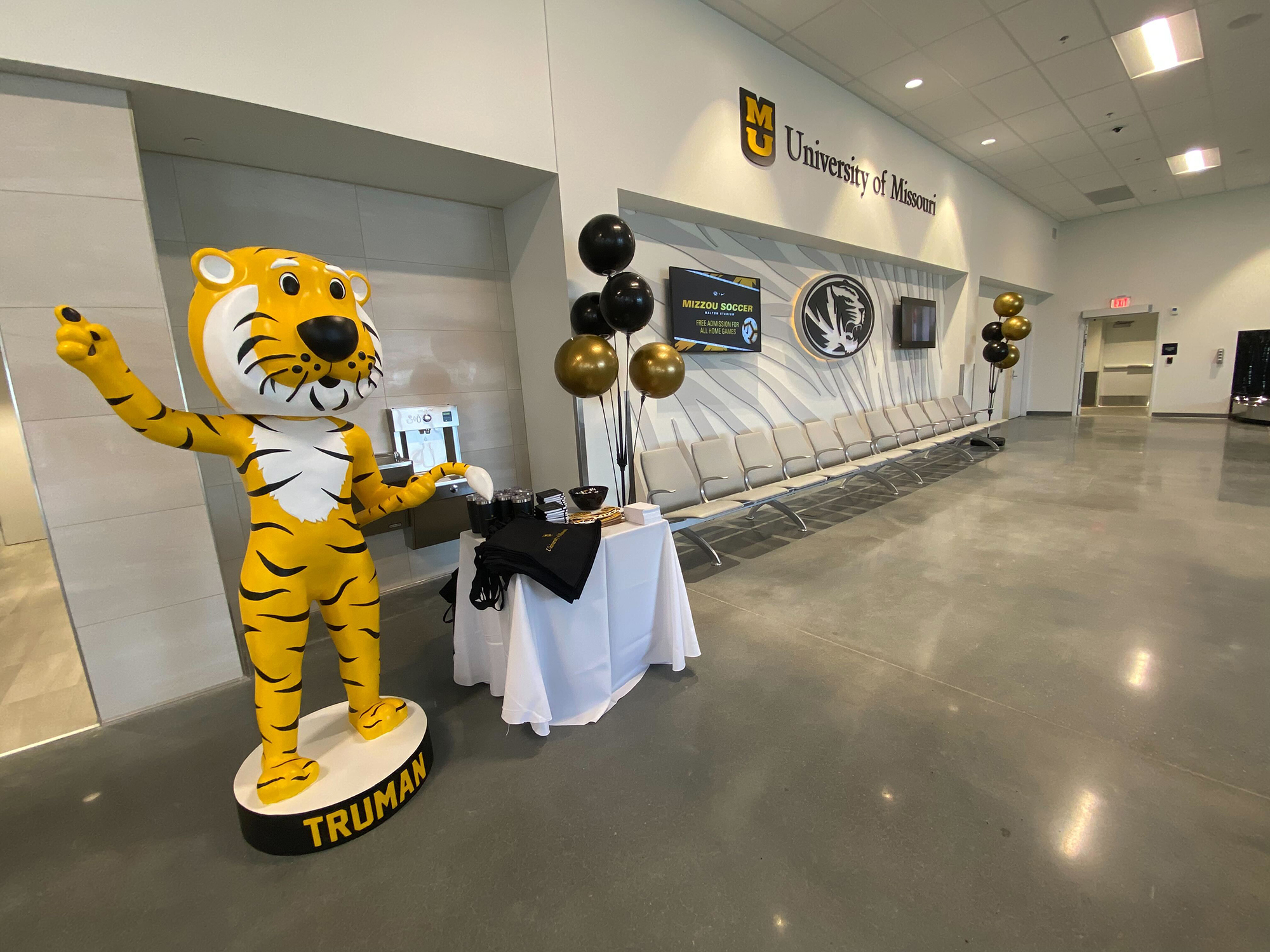 A Mizzou-branded seating area with television screens can be found in the baggage claim area. Fun fact: The Mizzou fight song plays when the baggage carousel starts. 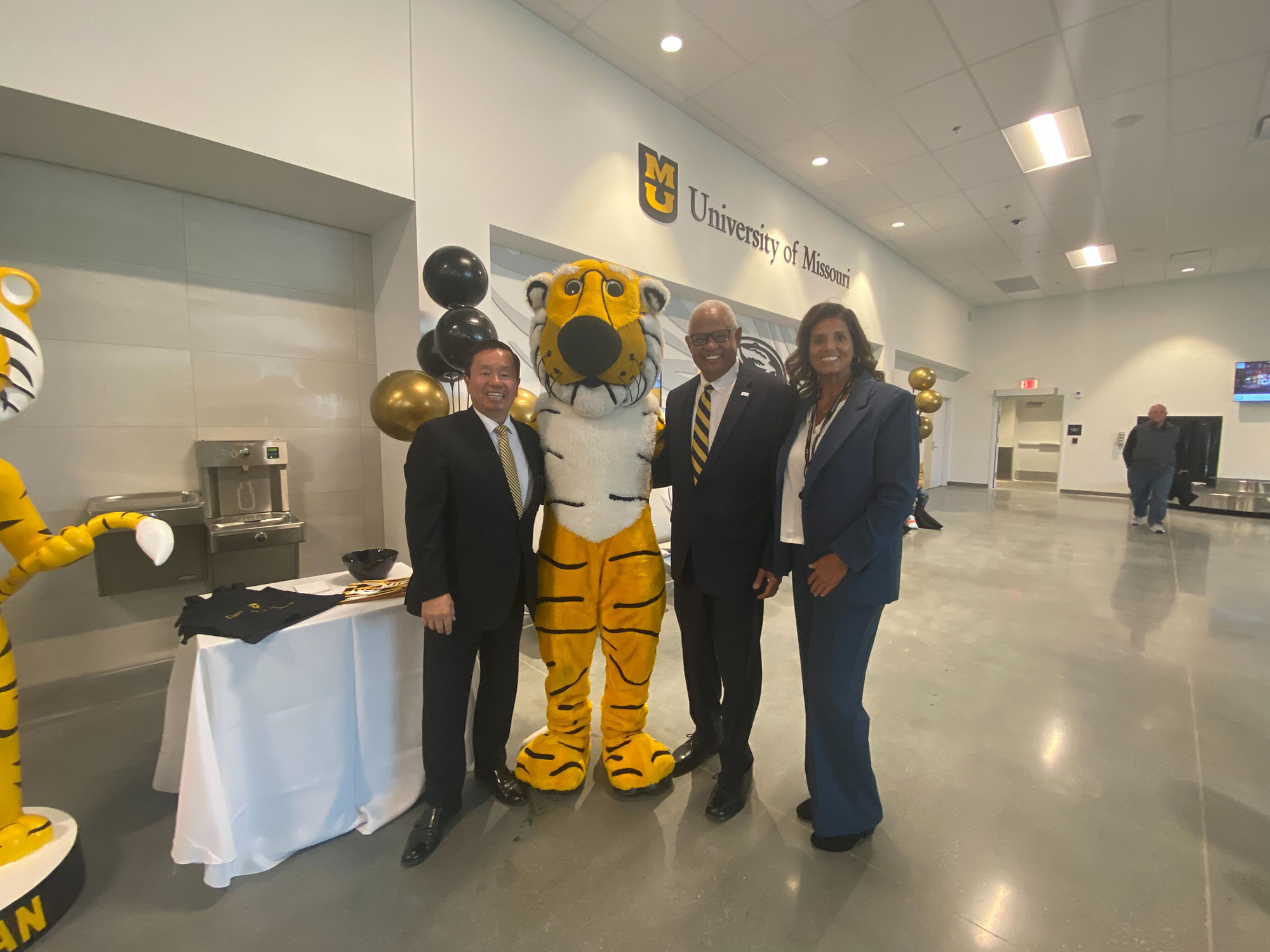 President Mun Choi and Truman the Tiger pose for a group photo with American Airlines leaders. 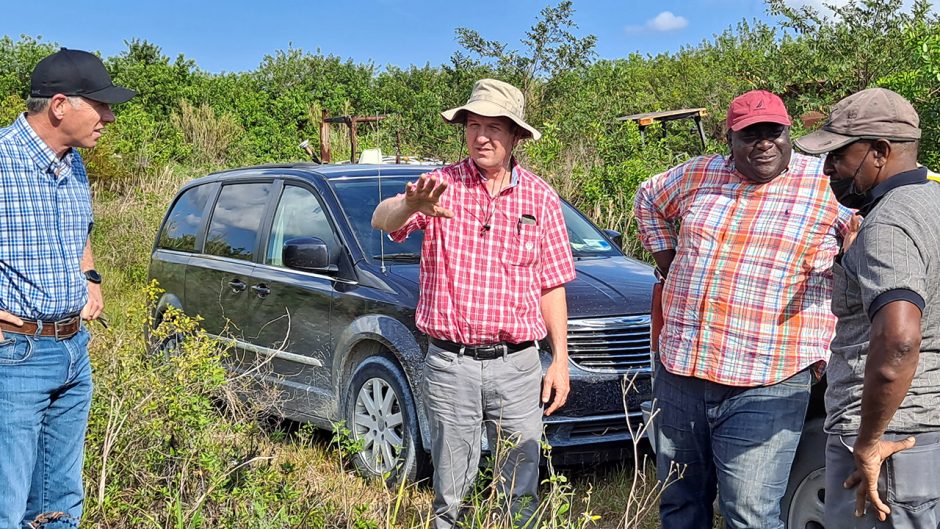