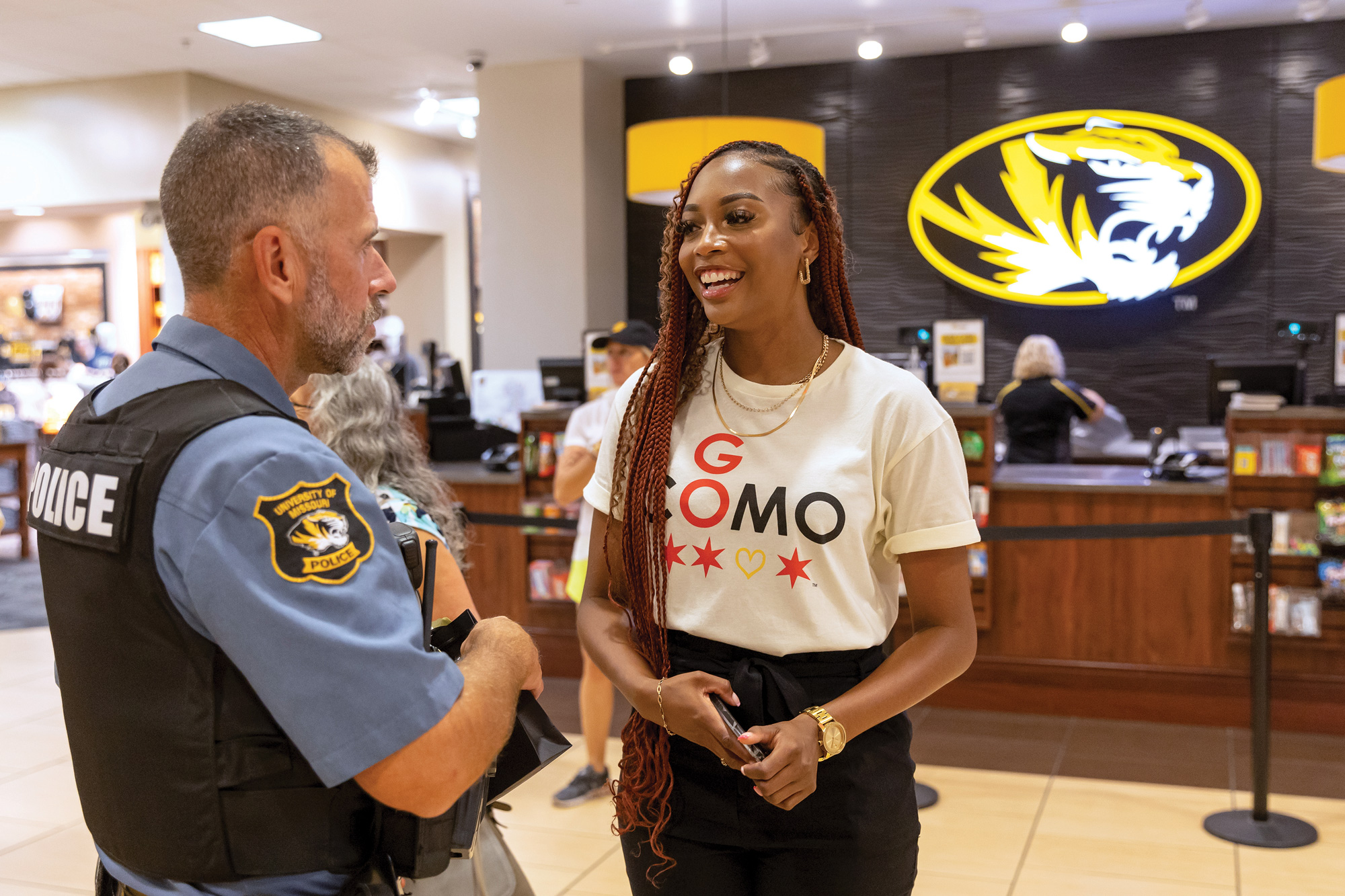 Raven Smith, above, has teamed with two other MU students to create an ensemble of vintage-style collegiate wear for MU sports fans, which the Champion apparel company now produces. Sam O’Keefe / University of Missouri.

Returning alumni and students in search of Tiger spirit will find it among the black-and-gold shirts, jackets, sweatshirts and merch in the Mizzou Store, located in the MU Student Center. This year, the store is adding a new dimension to its inventory by stocking up on two clothing brands designed by students. 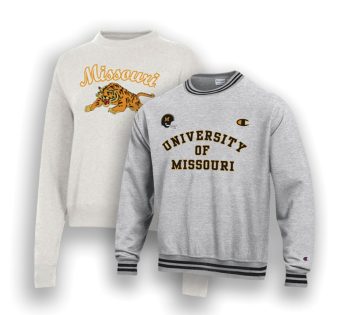 A portion of revenue from those shirts will be donated to Molly’s Miles, a nonprofit that supports families of law enforcement officers killed in the line of duty, as well as to other organizations that inspire positive change in Columbia. Two other textile and apparel management (TAM) students, AJ Hayes and Joey White, have also teamed up with Smith to design an ensemble of vintage-style collegiate wear for MU sports fans, which the Champion apparel company now produces.

This past spring, Smith, who works part time as a Mizzou Store buyer, approached several staff with a business proposition: Would the store consider partnering with her on the Go COMO shirts? “We jumped on the idea,” store manager Jessica Weir says. “It’s a great community outreach program that we are glad to be a part of.”

Go COMO grew as an offshoot of a business concept Smith started in 2015 while a senior at Morgan Park High School on the far South Side of Chicago. At the time, Chicago was burdened with the infamous nickname “Chiraq” because of its violent reputation. “I wanted to promote a new image of the city, one that would reflect the hope and self-worth of the people who called Chicago their home,” Smith says.

Starting with Chicago’s more upbeat nickname “the Go,” she invented and trademarked the slogan “Straight from the Go” and built a line of clothing around the phrase. From Day One, she has donated a portion of the company’s revenues to nonprofits supporting families of fallen first responders and victims of gun violence.

Smith’s eye for fashion and her knack for inspiring others helped a textile design team of students win Mizzou’s College Vault Collection competition. Judges selected designs and fabric selections that she, White and Hayes submitted over those of seven other groups. Their winning line of fanwear reflects Mizzou styles and logos popular in the late 1920s but with a modern update. Based on the designs, Champion manufactured the team’s line of T-shirts, hoodies and sweatpants, which are now available at the Mizzou Store and online.