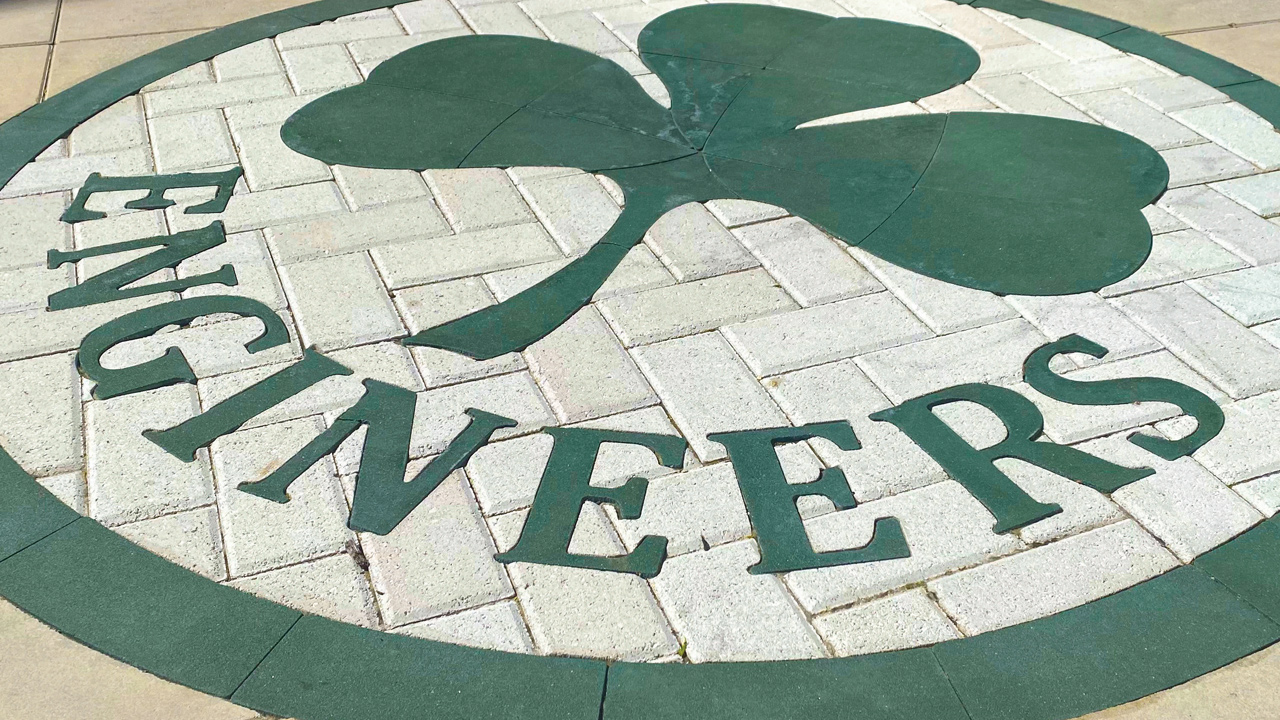 Every March since 1903, MU engineering students have commemorated their “discovery” that St. Patrick was an engineer by painting the campus green. But in 1921, the college installed something that could celebrate their patron saint year-round — and in perpetuity. That first shamrock medallion, a mosaic of painted green and white ceramic tiles, was installed in the sidewalk north of Lafferre Hall. Around it sprung Shamrock Plaza, a place that also featured a brass plaque memorializing the fallen of World War I. There, students could gather, relax and reflect between labs and classes. Over the years, traffic over the medallion increased to the point where members of the Engineers’ Week steering committee tired of repainting it. In spring 2020, thanks to donations from current and former students, the mosaic was replaced by a replica of more durable cut concrete to match the painstakingly restored look of the surrounding buildings.

Although the college intended the shamrock to stand for St. Patrick, the seal developed a reputation among students that is more fitting for a Valentine’s Day heart, says Steven Borgelt, associate professor emeritus in biomedical, biological and chemical engineering. “The rumor was that if you walked across the shamrock, you would fall in love with an engineer.”