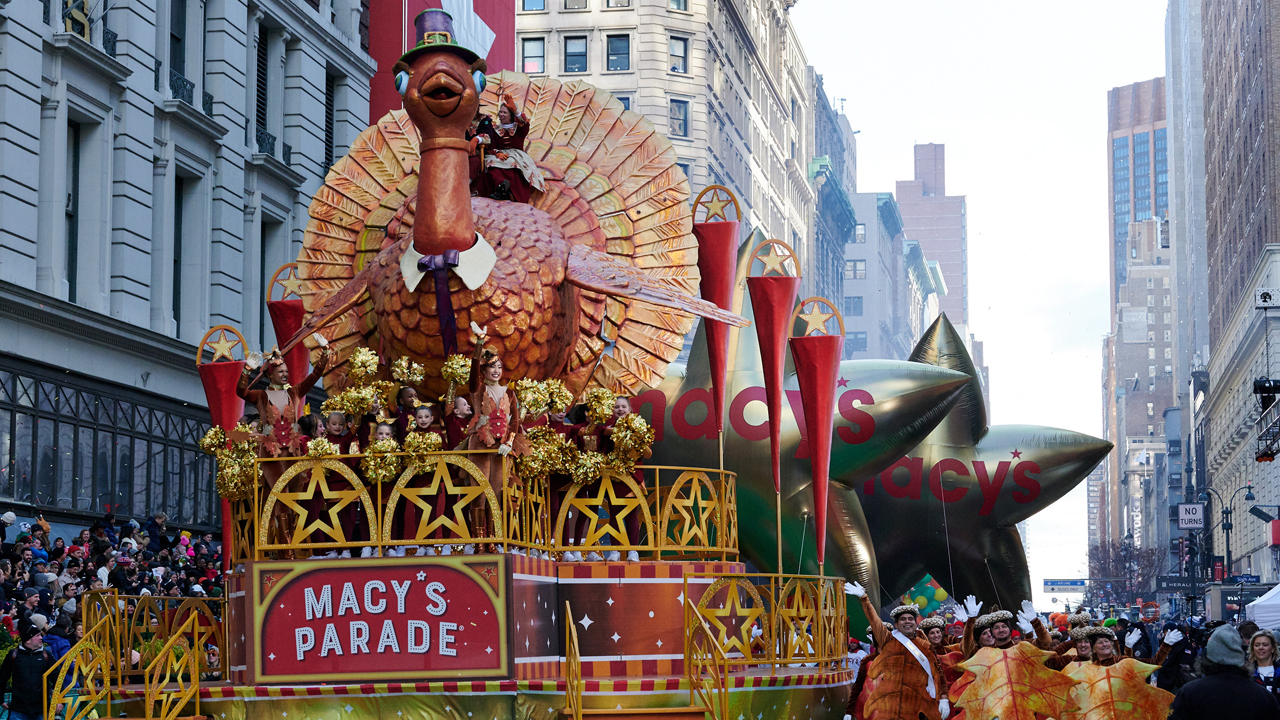 You might be hearing a familiar Tiger tune on the streets of New York City come Thursday. That’s because Marching Mizzou (M2) will be making its debut at the Macy’s Thanksgiving Day Parade, following their appearance the morning prior on NBC's TODAY Show.

M2’s appearance during the festivities, now in their 98th year, will no doubt include some Mizzou standards and drum cadences. For Sheryl Crow fans, the biggest moment will likely be M2’s performance of the alumna’s “All I Wanna Do.”

Bringing the group — 350 strong, including band, drumline, feature twirlers, color guard and the Golden Girls — to New York City has been a goal for Marching Mizzou Director Amy M. Knopps, BM ’01. She has always loved the holiday parade and was a drum major in Marching Mizzou when the group had another memorable performance out east: President George W. Bush’s inaugural parade in Washington, D.C.

M2’s first international trip came in 1975 when the late Alex Pickard, then-director of the band, took the group to England to perform at a soccer match at Wembley Stadium. “They really had never seen a marching band perform before,” recalls clarinet player Bill Moyes, BS ’75, M Ed ’79, EdSp ’83, EdD ’92. “By the end of the show, we had them on their feet and they were yelling and screaming.” 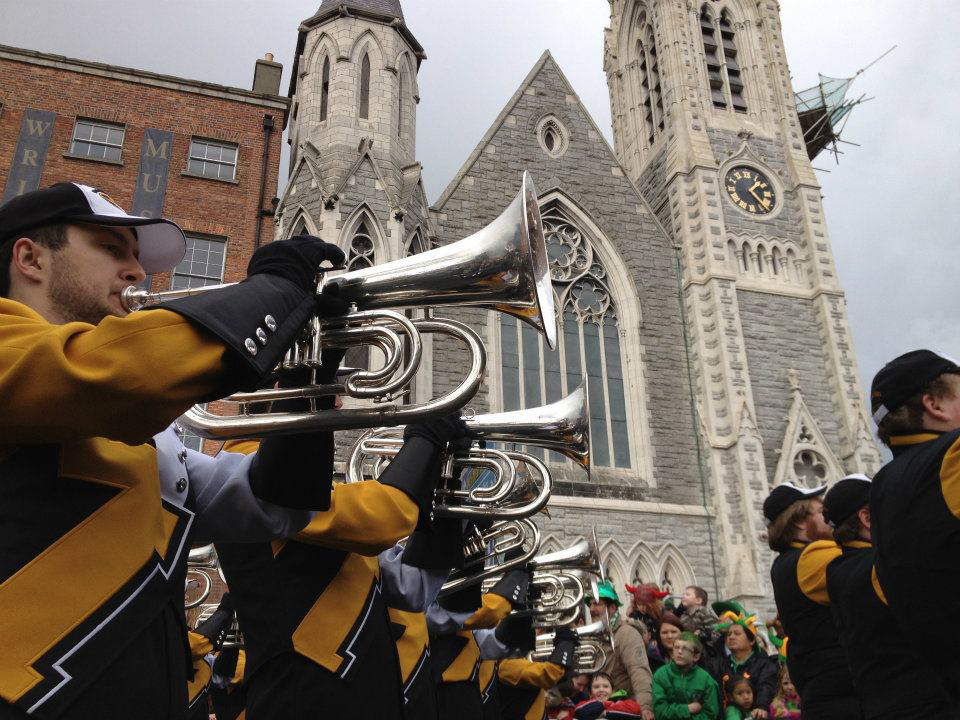 In 2012 and 2016, the band crossed the Atlantic Ocean again, this time to perform at the St. Patrick’s Day parade in Dublin. Brianne O’Sullivan, BHS ’18, who was a trumpet section leader in 2016, was excited about the current band members’ Macy’s appearance.

Knopps still reminisces about the band’s D.C. trip during every presidential inauguration: “Personally, I have that memory. And that’s what I’m so excited about for our students: Now, when they get up on Thanksgiving morning, they’re going to be like, ‘Oh, remember when I was in Marching Mizzou? We were part of that holiday tradition.’ ”

The Macy's Thanksgiving Day Parade broadcasts live on Thursday, November 24 at 9 AM (all time zones). The TODAY Show, featuring Marching Mizzou, airs Wednesday, November 23 at 7 AM CT. Both are available on local NBC affiliates and the Peacock app. 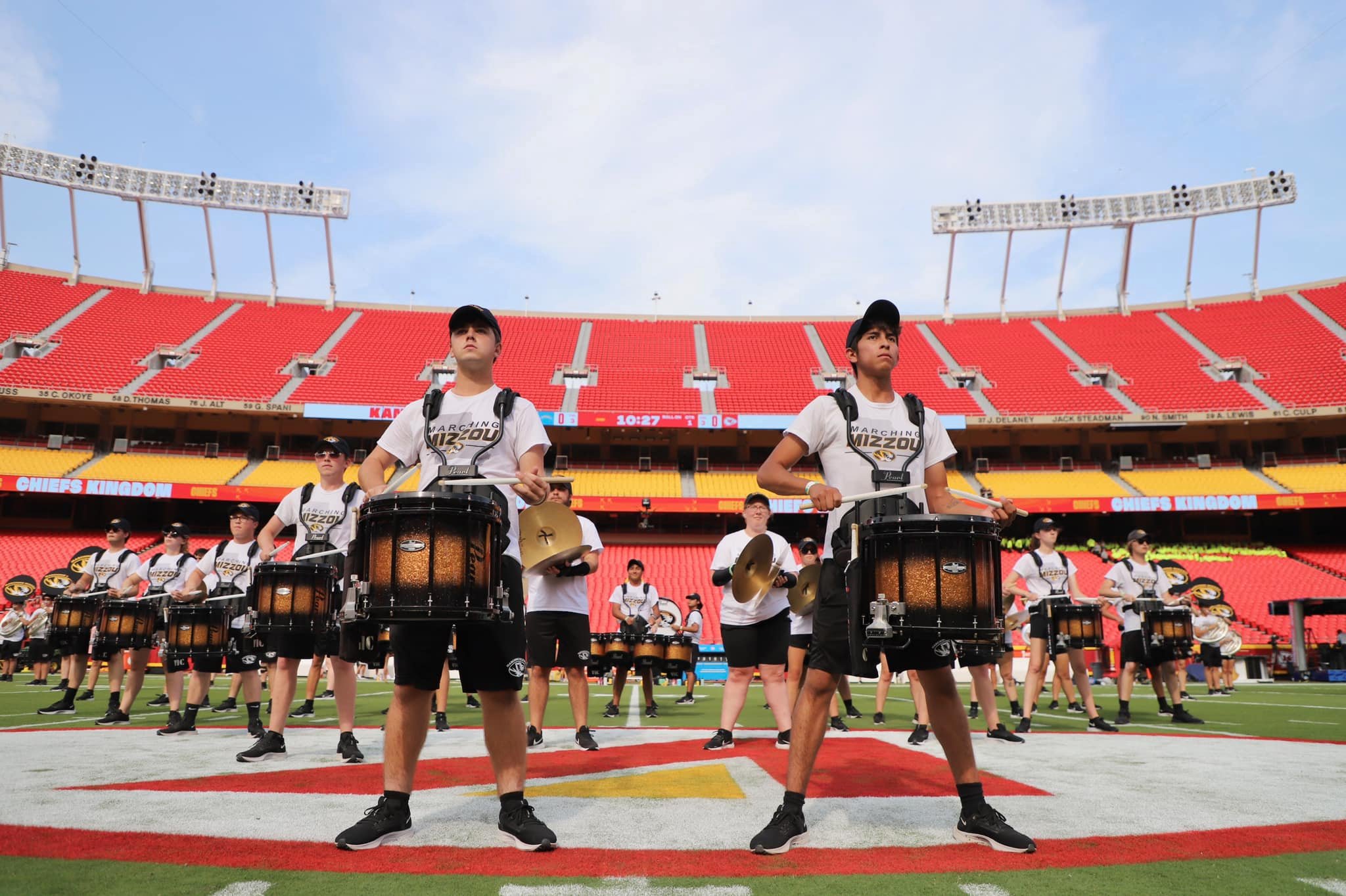