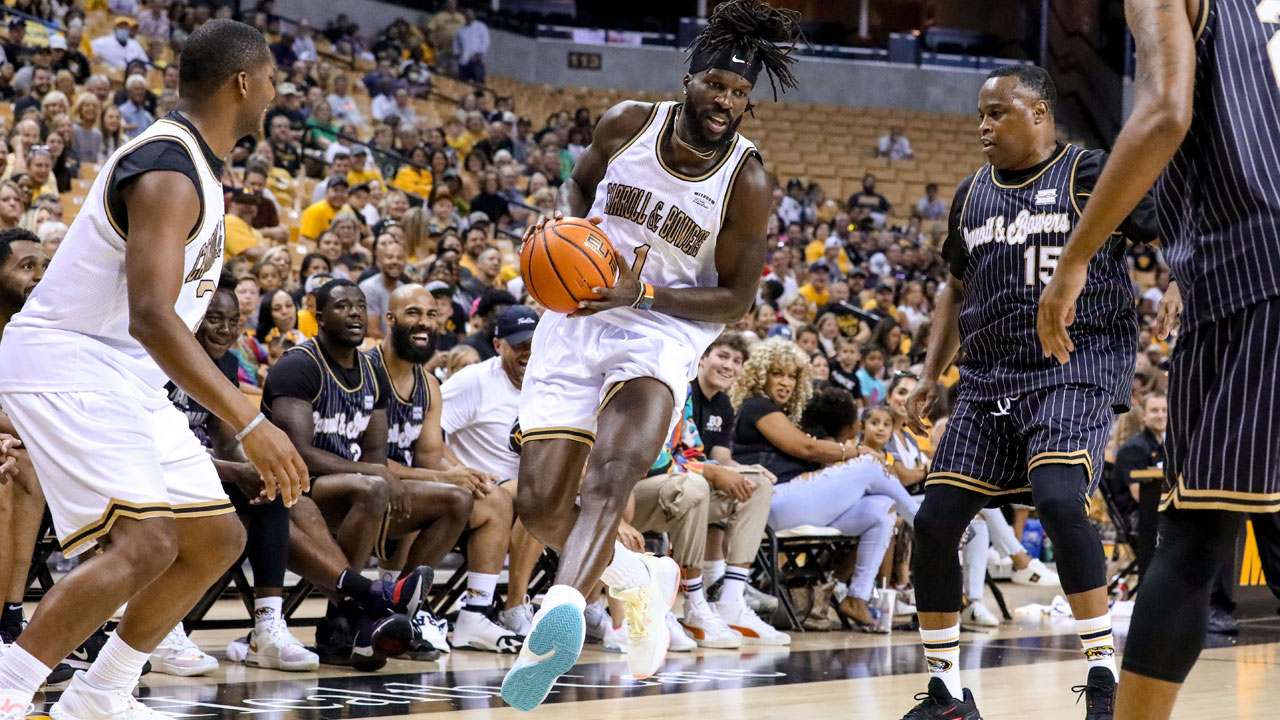 Demarre Carroll, guarded by Melvin Booker, right, splits the defense on his way to the hoop. 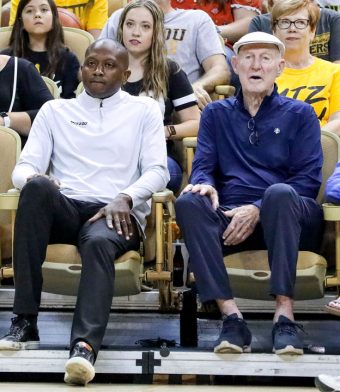 Published on Show Me Mizzou August 25, 2022
Photos by Mizzou Athletics

When Laurence Bowers attended Mizzou, he and his basketball teammates often invited their football counterparts to Mizzou Arena for pickup games. “It was a brotherhood,” says Bowers, BA ’12, M Ed ’13. “Both programs were doing well, and everyone was rooting for each other.” He and former teammate DeMarre Carroll, BGS ’08, revisited those glory days by organizing a basketball game on July 16 at Mizzou Arena that featured past Tiger greats from both sports. The game, a fundraiser for United Community Builders and The Carroll Family Foundation for Pediatric Liver Disease, featured the likes of football stars Brad Smith, BS BA ’05, MPA ’16, and Jeremy Maclin, Arts ’09, and basketball legends Doug Smith, Agric ’91, and Melvin Booker, Bus ’95. For Bowers, the game was a way of reminding alumni of their role in the future of Tiger athletics and Mizzou itself. He’s on a mission to boost fan support, which translates not only to winning games with top recruits but also to strong enrollment on campus and economic growth in Columbia. 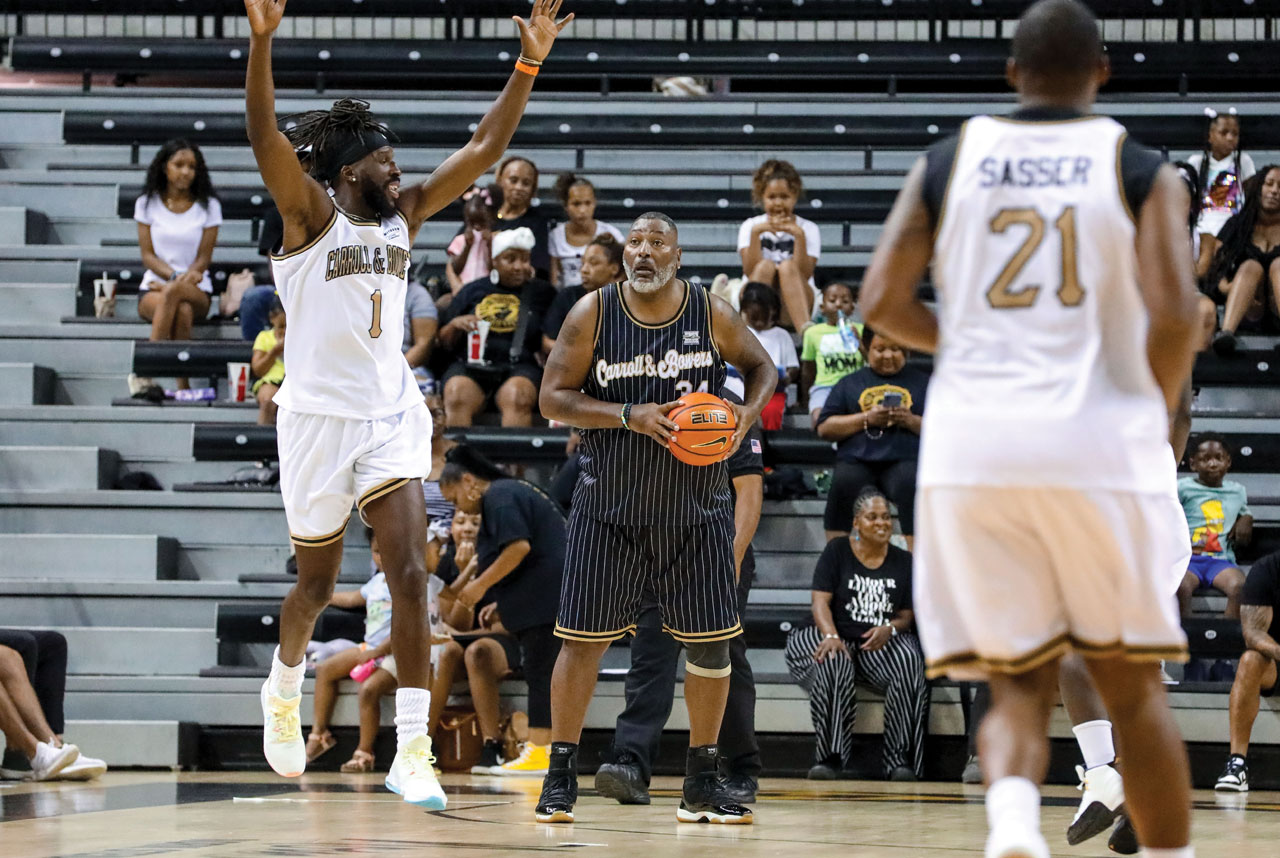