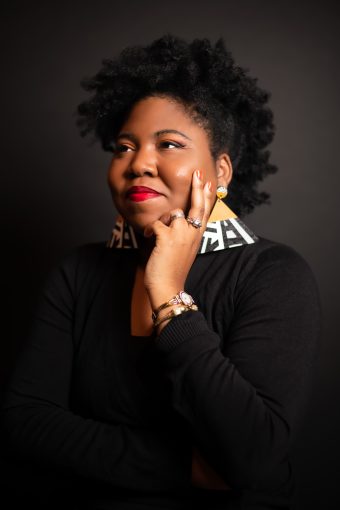 Ashley M. Jones is many things to many people.

She is a passionate educator, teaching creative writing at the Alabama School of Fine Arts. She is a beloved daughter, walking an artistic path encouraged by her mother and late father. She is a fashion enthusiast, looking for expressive opportunities to challenge stereotypes. She is a dedicated civil rights activist, channeling the voices of Harriet Tubman and James Brown.

Perhaps most notably, she is Alabama’s first Black — and, at 31, youngest — poet laureate, a state-appointed title in existence since 1930. But when asked how she wants to be received, through her poetry or otherwise, her answer is much simpler.

“Ashley M. Jones is a human being,” said Jones, the keynote speaker for MU Celebrates Martin Luther King Jr., a virtual event on Jan. 24. “That’s at the core of what I’m trying to get across in my work — about activism, history, race — I am human. We are humans. Sometimes, I’m even speaking to myself: You are human. Give yourself a break.”

That humanity defines Jones’ work, most recently in her third book of poetry Reparations Now!  The collection explores some of the ugliest parts of American racism, but it also celebrates Black life and art through a variety of voices — all for which Jones acts as a conduit.

“These people literally put their lives on the line to fight for a greater cause, and as a poet, that has inspired me,” Jones said. “I’m not Dr. King, or John Lewis or Fannie Lou Hamer. I am a poet and that’s what I have to offer. I can offer words of encouragement, words of truth and words that will hopefully inspire people to think a different way.”

Jones’ family also figures prominently into her artistic expression. Her parents, although not artists by trade, embraced “artsy sensibilities,” Jones said. Her father, a fire chief and paramedic, sketched photorealistic portraits in his spare time. Her mother, who is not a poet, speaks with what Jones calls “a poetic flair.” And Jones’ poem “Red Dirt Suite,” written in the moments after her grandmother’s funeral, pays homage to the matriarch’s omnipresent spirit. 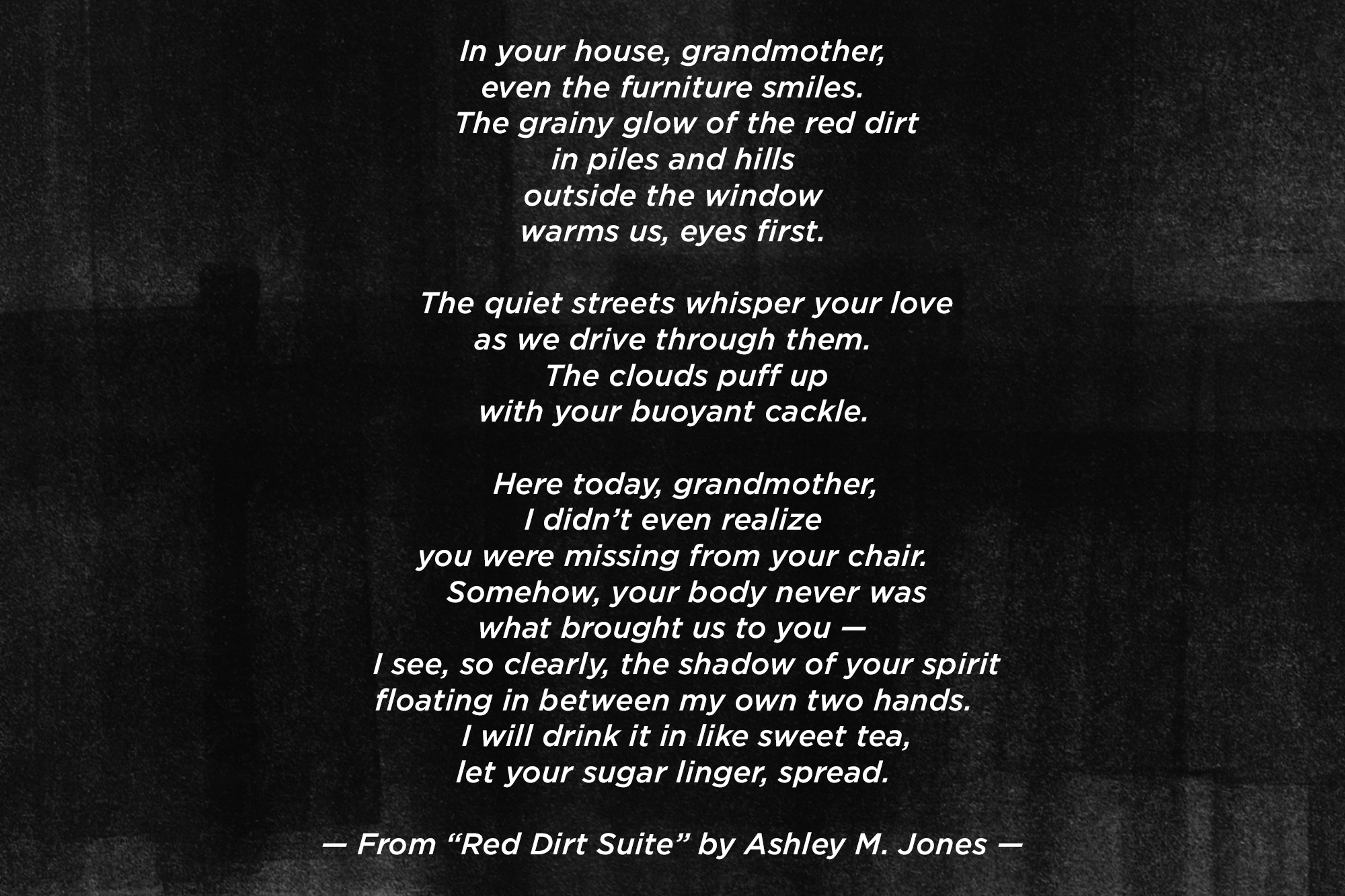 Jones, who earned her undergraduate degree from the University of Alabama at Birmingham and her master’s in fine arts from Florida International University, sees opportunities in higher education to “fill in the gaps” in other people’s cultural experiences.

She is a perfect guest for the theme of this year’s celebration “Spoken Word: Facing the Challenges of Tomorrow,” which was chosen to inspire audiences, provoke discussion, spur conversation and promote active listening.

“As a teacher, I have tried to expand what I show students so that they realize they are not alone in the world,” Jones said. “And those experiences aren't confined to a specific month or date. They span history.”

Jones says it can be nerve-wracking to not know how her work will be received, but still, she finds comfort.

“I’m walking in my purpose, and that can never be wrong,” she said. “My poetry is flowing from somewhere else. I am the vessel.”

Her poetry has earned numerous awards, including the Rona Jaffe Foundation Writers Award, the silver medal in the Independent Publishers Book Awards, the Lena-Miles Wever Todd Prize for Poetry, a Literature Fellowship from the Alabama State Council on the Arts, the Lucille Clifton Poetry Prize and the Lucille Clifton Legacy Award.