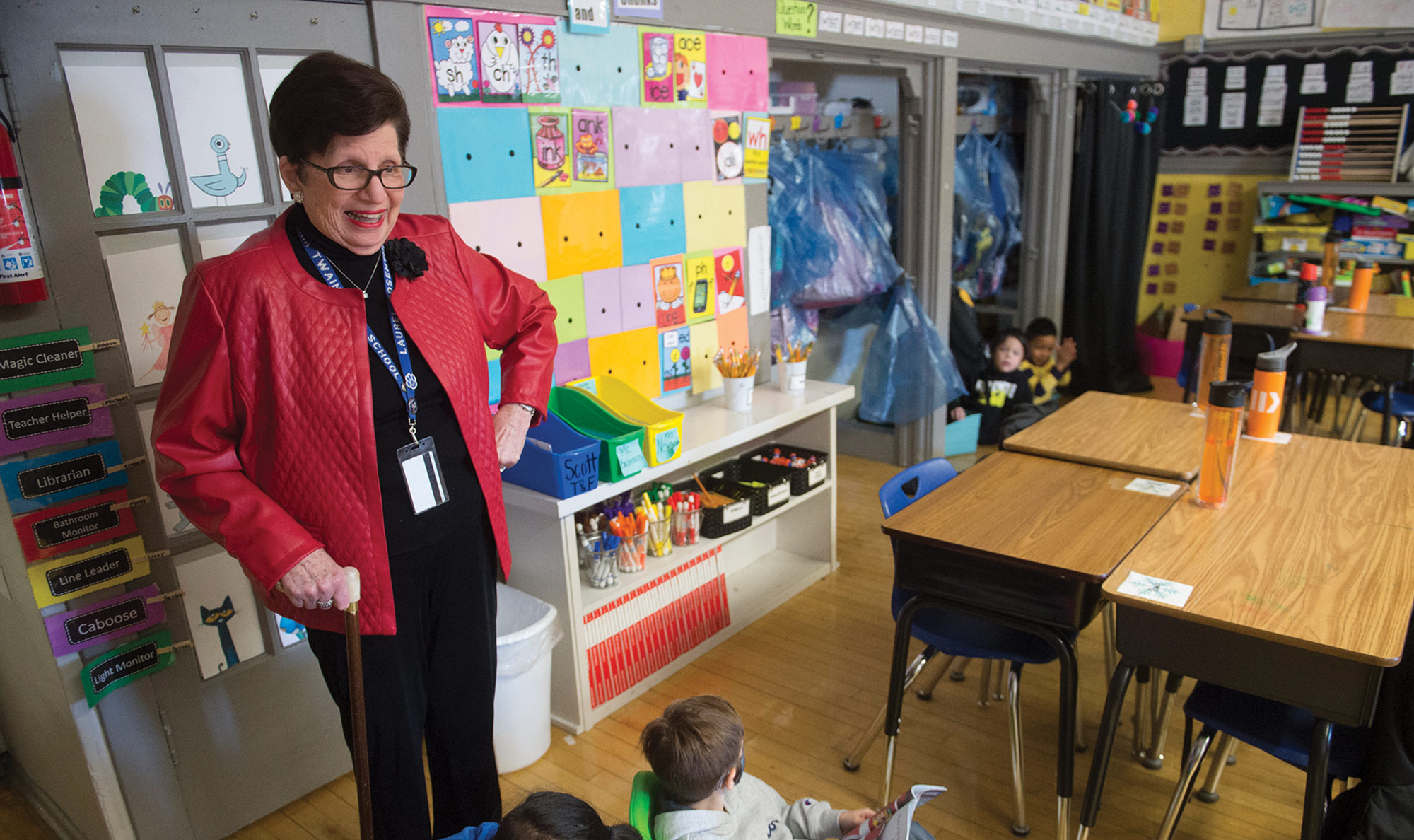 Rosenthal retired this spring after a 55-year career — 21 years as a teacher and 34 years as the principal — all at Mark Twain. She began as a kindergarten teacher and still follows and knows her kids — even those who are now 60.

The teacher moved to Carthage when she married Carthage native Malcom Rosenthal BS BA, ’56, (who died in 2013) after meeting at Mizzou on a blind date. They hit it off immediately, were married for 57 years and raised two sons. Their family also includes two daughters-in-law, five grandchildren and four great-grandchildren.

“I had a wonderful marriage, and Carthage was a wonderful town to raise children,” Rosenthal says.

She had a simple philosophy that she instilled throughout her building: Unless they understand that you love and care for them, children won’t be motivated to learn. Those five-and-a-half decades also taught her that kindness and empathy are essential because everyone is going through something — even teachers. “I want everyone who comes into this building to know that we really care about them,” Rosenthal says.

Throughout the years, Rosenthal earned many awards and recognitions, and despite being offered promotions, the teacher remained at Mark Twain. “I love being in this school, and I’m very lucky because I’ve only taught in this school,” she says. “I’m so appreciative of the kindness from many people, superintendents, school boards, staff, students, parents and community members that have helped me along the way.”

She adds: “But looking back, I feel the same as I did when I was at the University of Missouri. I have always loved what I’ve done. To say I’ve only worked at one place my whole life is really, I think, something that makes it a little different.” — Steve Adams