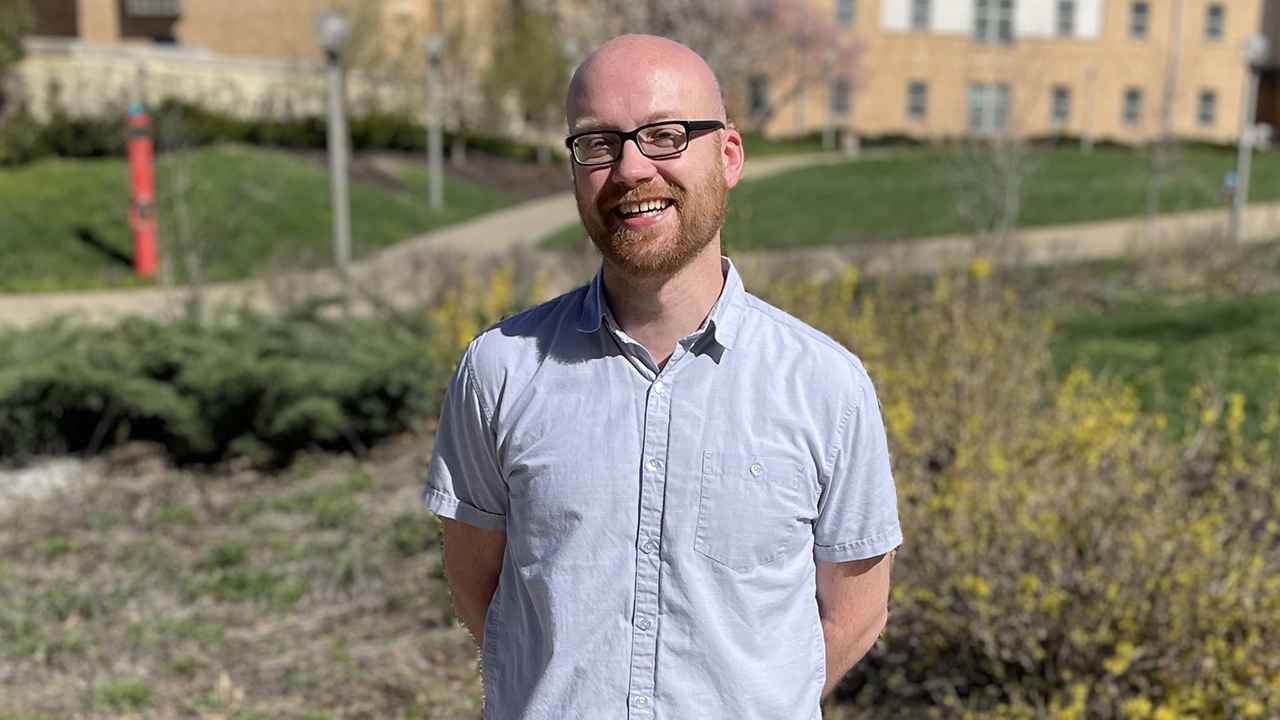 It’s impossible to quantify, but the loveable, grinning golden retriever has probably launched more veterinary careers than the breed gets credit for.

Ryan Dashek — a Mizzou 18 recipient, graduate fellow and PhD candidate in the MU Comparative Medicine Program — is one such animal-lover who thanks Cody, the family dog, for his academic trajectory. 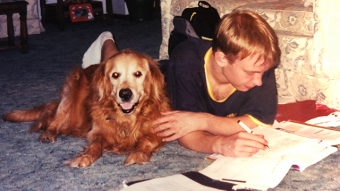 Young Ryan Dashek does homework with his golden retriever, Cody, at his side.

“He was just such an awesome dog, and I remember going to vet visits as a little boy and thinking, ‘Wow, you can be a doctor — but for dogs,’” Dashek said. “So, I began shadowing in a vet clinic in high school.”

These days, Dashek is a researcher alongside R. Scott Rector, whose lab focuses on prevention and treatment of many chronic diseases including obesity, Type 2 diabetes and nonalcoholic fatty liver disease (NAFLD).

Born and raised in Franklin, Wisconsin, Dashek earned a bachelor’s degree in biology and DVM degree at the University of Wisconsin–Madison. It was there he found his research calling while working in a dairy lab, something Dashek jokes all students in his cheese-mad home state are “legally obligated” to do.

“I was drawing blood and sitting in on surgeries,” Dashek said. “I realized, maybe there’s something for me in the laboratory environment?”

During Dashek’s senior year as an undergrad, he took a job as a research technician in an ophthalmology lab studying congenital glaucoma in cats. He was hooked.

At Mizzou, Dashek joined Rector’s lab studying mice with NAFLD — which is the theme of his dissertation.

“Working with students like Ryan who will become the next generation of scientists to address the most pressing medical concerns is an extremely important component of NextGen Precision Health,” Rector said. “He’s not only an extremely hardworking, dedicated and intelligent student who always brings a positive energy to others around him, but he also brings a unique perspective to the research questions because of his background in veterinary medicine.”

Although Dashek’s love of veterinary medicine hasn’t waned — he takes great care of his two New Zealand white rabbits, Penny and Poe — he found that comparative medicine connects animal science and human biology in a way that further captures his imagination.

“My veterinary degree has given me a solid basis in so much science that I feel like I can communicate with almost anyone or any researcher on any level,” Dashek said.

“But I like investigating how we plan and create experiments. I like thinking about animal welfare. And not only and the animals themselves, but also how do we create a better animal model? These are all topics I consider every day at Mizzou.” 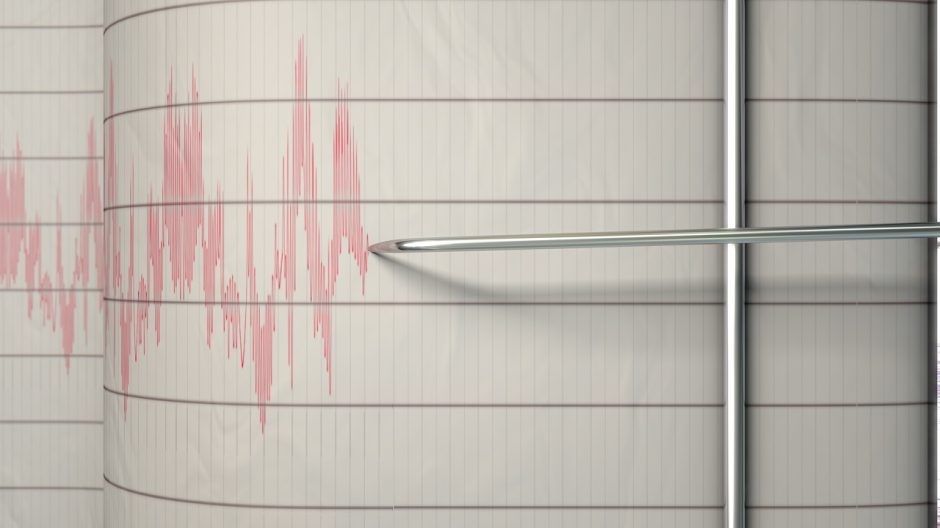