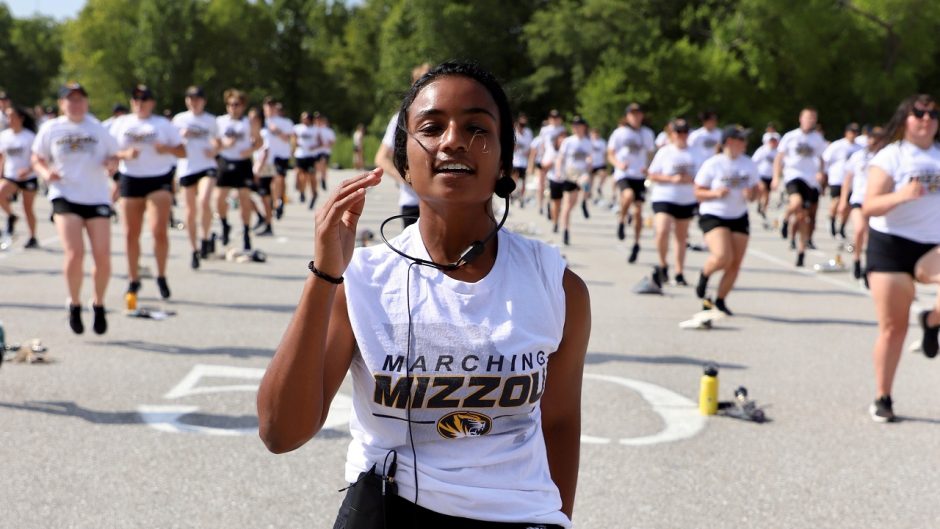 To help the 350 members of “Band 137” — a nod to the ensemble’s total years in existence — prepare to step off on the streets of NYC, MU is partnering for the first time with Marching Health. 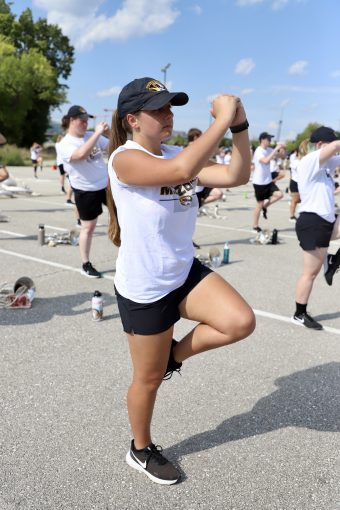 The opportunity to work with Marching Health includes a chance to design a custom workout program for collegiate marching bands.

Home football games at Mizzou would not be complete without the traditional sounds of “Every True Son,” “Fight Tigers” and the “Missouri Waltz” performed by Marching Mizzou. In November, these songs will echo off the skyscrapers of New York City when the University of Missouri’s marching band makes its way from Central Park West to 34th Street as part of its first appearance in the Macy’s Thanksgiving Day Parade.

To help the 350 members of “Band 137” — a nod to the ensemble’s total years in existence — prepare to step off on the streets of NYC, MU is partnering for the first time with Marching Health, a health and wellness company designed to help band members endure the rigors of marching and playing an instrument at the same time.

“A lot of people don’t realize how physically demanding the work is that we do, even just in terms of cardiovascular health,” said Amy M. Knopps, associate director of bands and director of Marching Mizzou. “And, with having to move and play music at the same time during a performance, we are focusing on the aspects of being mentally prepared to perform as well.”

The opportunity to work with Marching Health includes a chance to design a custom workout program for collegiate marching bands. MU is one of four collegiate bands in the United States that will pilot this new program, called the “Halftime HIIT,” this fall. Knopps said the workout program will be incorporated into the first 10 minutes of every practice, which typically last about two hours and occur four days a week during the fall academic semester.

“We're going to increase our five-minute warm-up period to 10 minutes [at the beginning of each practice] to incorporate more of these workout elements from Marching Health in order to help get our bodies physically warmed up for the demands of that day,” said Knopps, who is also an alumna of Marching Mizzou. 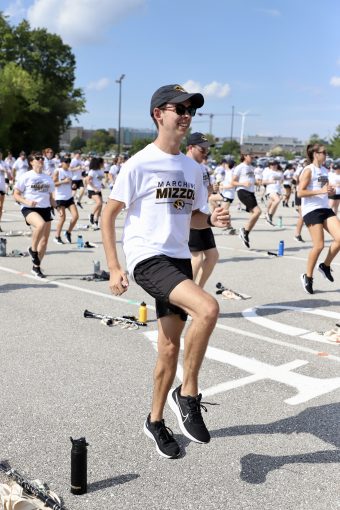 The workout program will be incorporated into the first 10 minutes of every practice, which typically last about two hours and occur four days a week during the fall academic semester.

Over the summer, Marching Mizzou also offered its students an opportunity to complete a six-week workout program designed by Marching Health to help members increase their physical stamina and cardiovascular health and meet the demands of the added trip to New York. Prior to band camp this summer, the Marching Mizzou leadership team worked with Marching Health to learn how to maximize their performance on the field by improving their nutritional habits. Knopps said the leadership team can now share that information with their fellow band members throughout the season.

Knopps said band members are also finding fun ways to incorporate the length of the 2022 Macy’s Thanksgiving Day Parade — 2.5 miles — into their daily routines, such as biking, swimming or walking for that same distance.

“We're doing a lot of 2.5-mile things just to get that into their brains that they will need to be doing that level of activity and preparation for this big parade,” Knopps said.

All about the fundamentals

To help the 80 new members of Band 137 get acquainted with some of their marching fundamentals before they arrived at Mizzou for band camp, Knopps dusted off an idea she once had as a drum major with the band in 2000 — video tutorials.

“When I was in Marching Mizzou, our director at the time tasked me with creating a DVD with a marching fundamental movie, so when students were accepted into the band, we would mail them a copy of that DVD,” Knopps said.

This year, Knopps was able to put a modern twist on her original idea with the help of one of Marching Mizzou’s current drum majors, Alex Weinzierl, and members of the band’s musicianship and movement committee.

“Alex completely updated all of our fundamentals and put them on a YouTube playlist, so our new students can see the marching techniques that we use here before coming to band camp,” Knopps said. “That way, we can really hit the ground running when they arrive on campus.”

Over the summer, Knopps also used a virtual video conferencing platform to host seven informational sessions for both new and returning band members, with topics ranging from practice tips and tricks to the history of the Macy’s Thanksgiving Day Parade and what the band’s performance there will mean for its history.

“Having been to the Macy’s Thanksgiving Day parade a few times, the energy that morning is incredible. We want all of the spectators to enjoy that moment with us,” she said. “Obviously, not everyone along the route that day may know every word to our fight songs, but we want them to know that they can join us when we say ‘Go, Fight, Win, Tigers!’ Of course, we’re also hoping to see many alumni and supporters of Mizzou decked out in black and gold along the route.”

As Marching Mizzou makes its way through the streets of New York City during the 2022 Macy’s Thanksgiving Day Parade the band will stretch as long as 1.5 football fields.