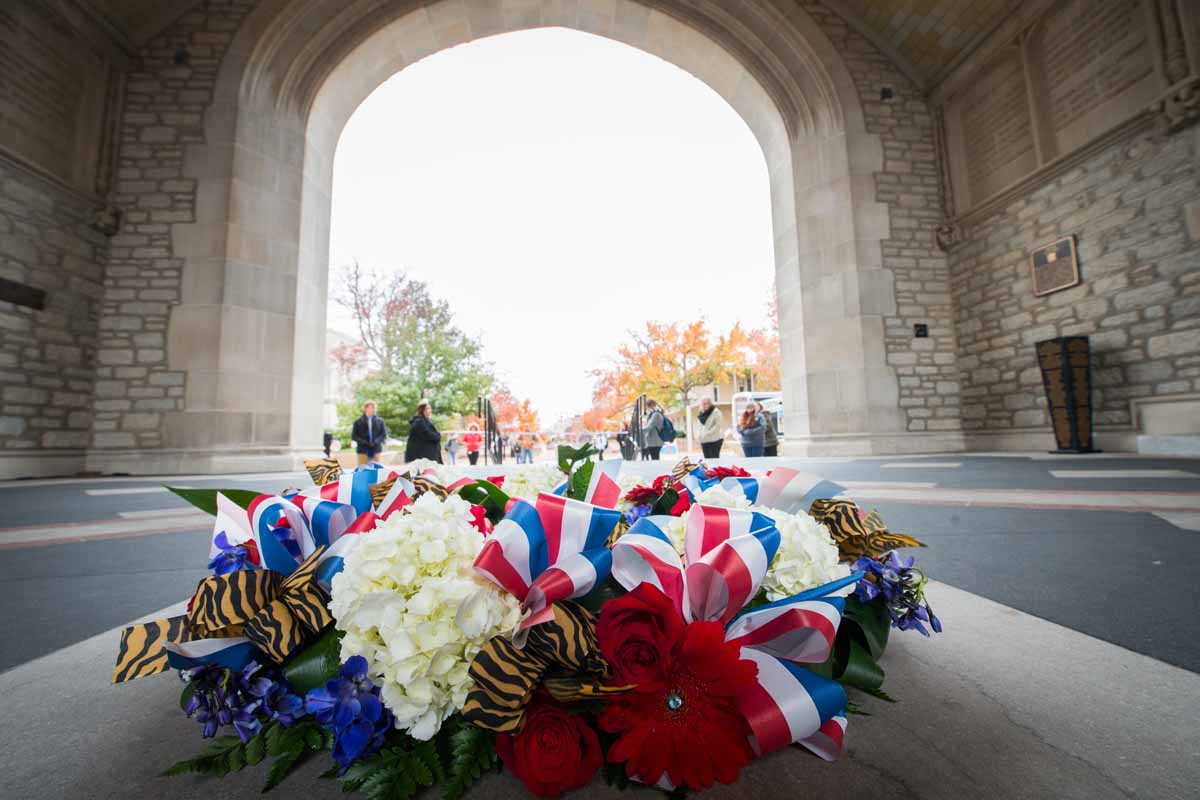 This year's Veterans Day Wreath Laying Ceremony will also commemorate the 100th anniversary of the laying of the cornerstone at Memorial Union. 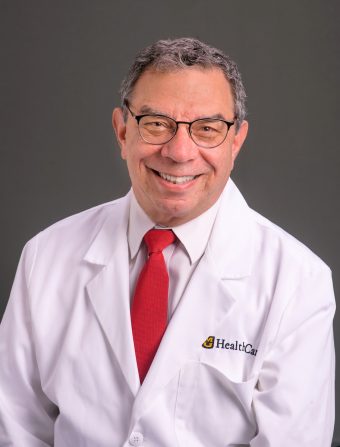 Richard J. Barohn, executive vice chancellor for Health Affairs and dean of the MU School of Medicine, is also a retired lieutenant colonel in the U.S. Air Force Reserves.

Memorial Union on the University of Missouri campus has always held a special meaning for veterans at MU. In honor of that notable place, this year’s Veterans Day wreath-laying ceremony will also commemorate the 100th anniversary of the laying of the cornerstone at Memorial Union on Nov. 30, 1922.

The ceremony will begin at noon Friday, Nov. 11, at Memorial Union where the tower clock will ring 12 times while ROTC units march from Lowry Mall to the tower stairs along with a color guard. A wreath will be placed in the archway to remember and honor the Missouri men and women serving in the U.S. Armed Forces.

Among those speaking at the 45-minute ceremony will be Richard J. Barohn, executive vice chancellor for Health Affairs and dean of the MU School of Medicine, who is a retired lieutenant colonel in the U.S. Air Force Reserves. He spent nine years in active duty followed by 11 years in the reserves.

“I cherish my years of service to the nation,” Barohn said. “My service made me a better man and a better citizen. I was fortunate to serve in peace time. The real heroes we are celebrating, of course, are those who serve during times of war or conflict.”

Mizzou is home to more than 1,000 military-connected students as well as veterans among the faculty and staff. Today, Memorial Union is home to the Student Veterans Resources & Support Center, an office in the basement where student veterans can find camaraderie and friendship along with resources and support.

The story of Memorial Union began at the end of World War I when students and faculty began calling for a memorial to MU’s fallen service members. While the cornerstone was laid in 1922, the Memorial Union Tower was not completed until four years later and today, features the names of all Mizzou student veterans who have lost their lives in military wars.

Built mostly of Missouri limestone, Memorial Union is among the most recognizable buildings on campus with its 12th-century European Gothic features — spires, pointed arches and cluster columns. The 142-foot-tall tower is visible from miles away. Funding and construction of the tower and its two wings (one was to b for women, the other for men) began in the 1920s, halted during the Great Depression and was eventually finished decades after World War II. Fundraising kicked off in April 921, and within three days, students and alumni had pledged $238,000.

“We at the University of Missouri take Veterans Day very seriously and know Veterans Day is a solemn event,” Barohn said. “We encourage all our faculty, staff and students to take a moment to be thankful for our veterans.”