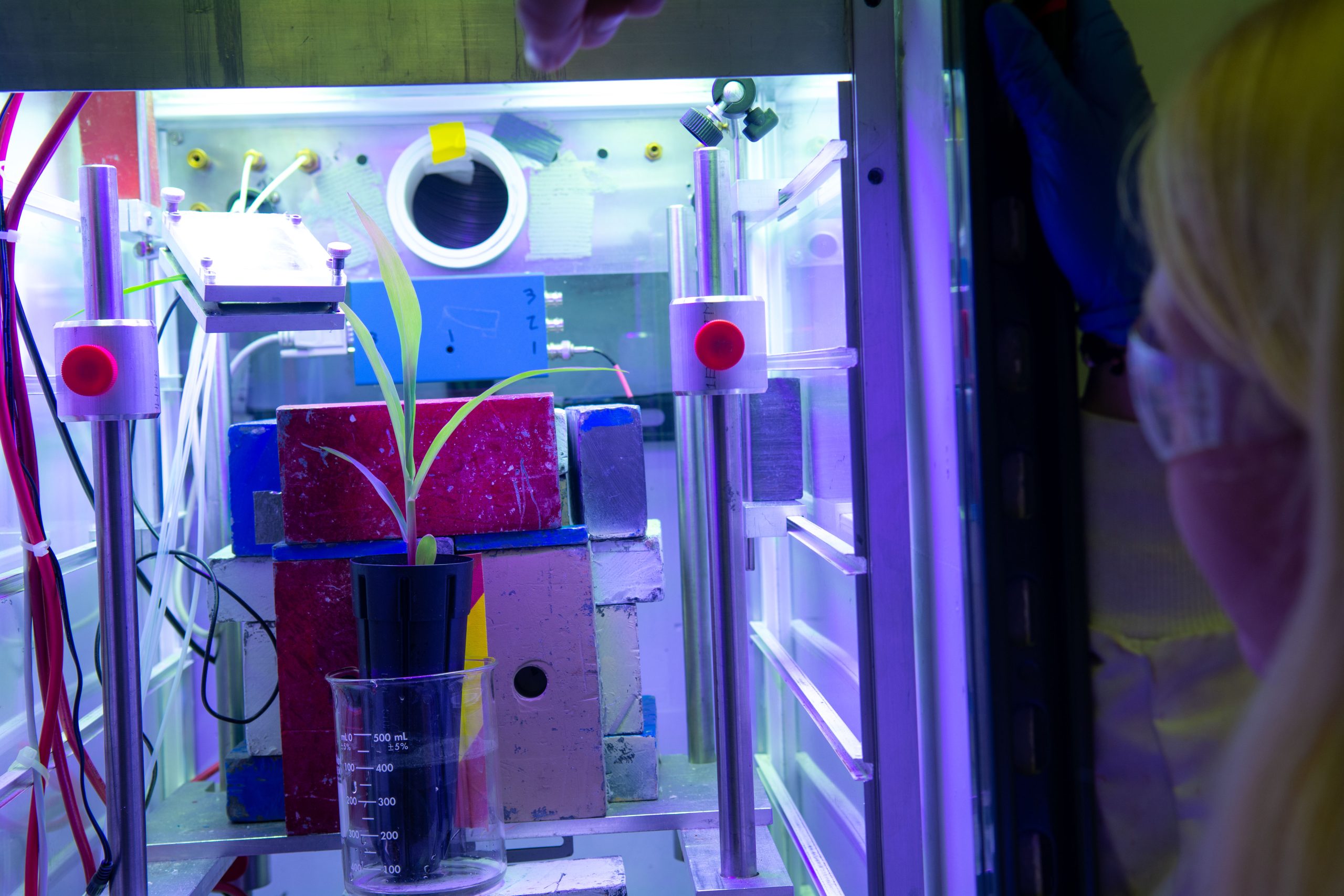 The scientists used the radioisotope carbon-11 — created by a cyclotron at the University of Missouri Research Reactor (MURR) — to help them trace how smoke impacts a sunflower’s vascular system, or the system that transports carbon, water and micronutrients throughout the plant.

Richard Ferrieri never thought a simple bottle of liquid smoke would change the trajectory of his team’s research. Originally, Ferrieri and a team of researchers at the University of Missouri focused on studying how soil, saturated by the intense smoke caused by wildfires, alters plant growth. But after they began their research, they made a surprising discovery with the popular food additive — and they believe the finding could one day be used to improve the health of food crops.

Ferrieri, a research professor in the Department of Chemistry and investigator at the University of Missouri Research Reactor (MURR), said when the team added liquid smoke to the soil where a plant is growing, the researchers found it could enhance the plant’s natural defenses and increase its ability to resist pests and diseases. Liquid smoke, created by condensing smoke from burning wood, was used to provide a simulation — in a laboratory setting — of the smoky conditions a wildfire could create.

“Plants can’t run away when they are trying to defend themselves from an active threat,” said Ferrieri, who is also a member of the Interdisciplinary Plant Group at MU. “Therefore, it takes a lot of energy for a plant to dedicate precious resources it would normally dedicate to its growth to now defend itself. Much like the human body, a key to plant health lies in how well its vascular system can function under stress and move precious resources to the different growing parts.”

In this study, scientists used the radioisotope carbon-11 — created by a cyclotron at MURR — to help them trace how smoke impacts a sunflower’s vascular system, or the system that transports carbon, water and micronutrients throughout the plant. Ferrieri said they found that sunflowers grown in soil treated with liquid smoke had larger, thicker, and greener leaves and appeared less prone to pests and disease.

“Plants harness the energy of the sun, fix carbon dioxide and make sugars that are transported throughout the plant using their vascular system,” Ferrieri said. “By feeding carbon dioxide gas containing carbon-11 to a common domesticated variety of sunflower, we were able to create a physical map of where the sugars go using radiographic imaging. This allowed us to evaluate the effects of smoke on vascular transport.” 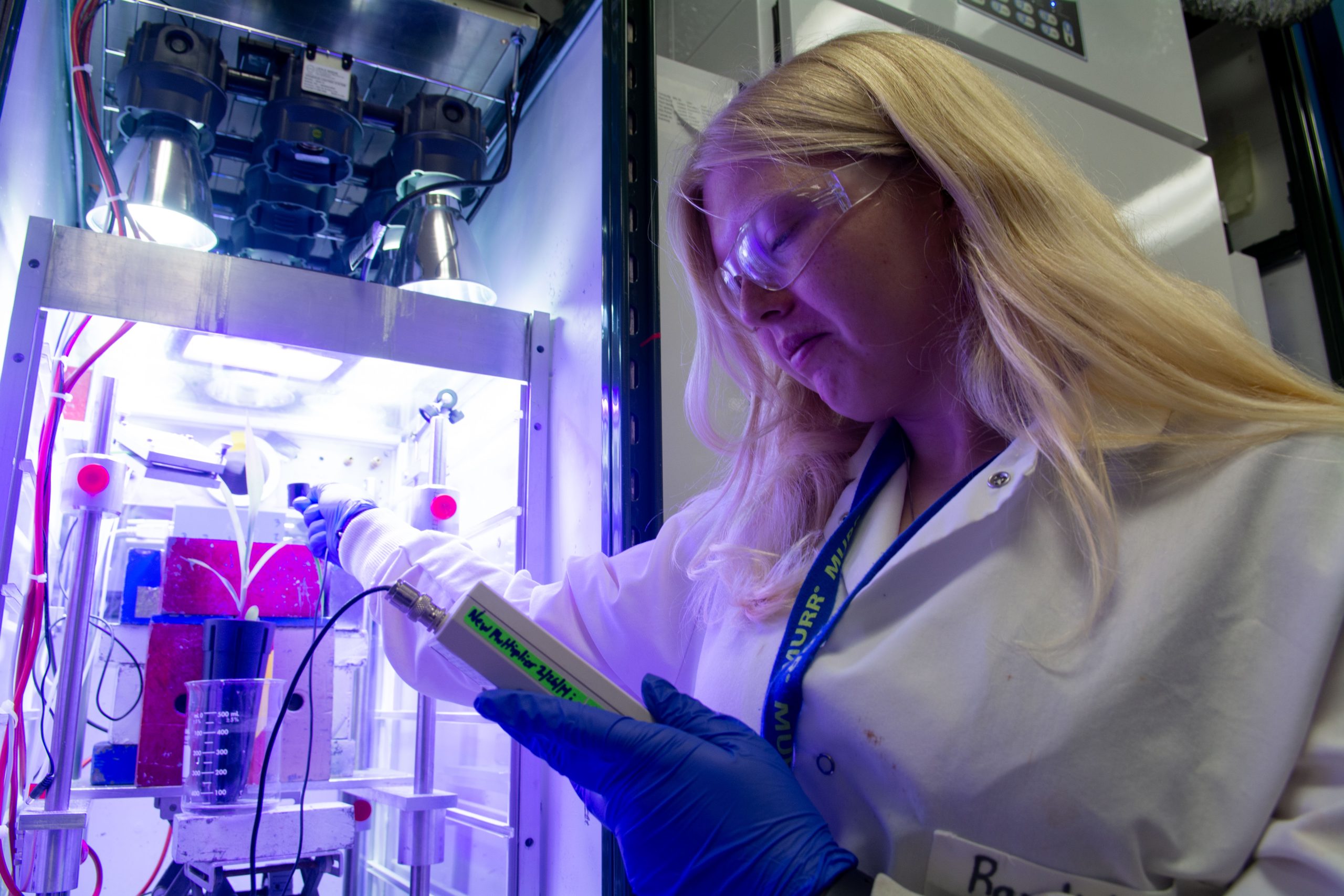 Randi Noel, the first author on the study, checks on one of the plants in the lab.

The Plant Radiotracer Laboratory at MURR largely includes an array of equipment that was moved to MU from the U.S. Department of Energy’s Brookhaven National Laboratory after more than 30 years. Inside the lab, Ferrieri has been using carbon-11, along with other radioisotopes produced at MURR, to study how plants respond to stresses imposed by their environment.

Mary Benoit, a co-author on this study, is one of Ferrieri’s former students at MU. Based on a suggestion from Ferrieri, Benoit started working on the original topic while she was at MU. After Benoit graduated in May 2022, Randi Noel joined Ferrieri’s lab to continue the research. Noel, a sophomore and current undergraduate researcher in Ferrieri’s lab, said the experience has fostered her inquisitive nature of being the first to learn about new things.

“The fact that I get to be one of the people on this study that could have major implications on crops is really neat,” said Noel, the first author on the study who is also pursuing a bachelor’s degree in plant sciences. 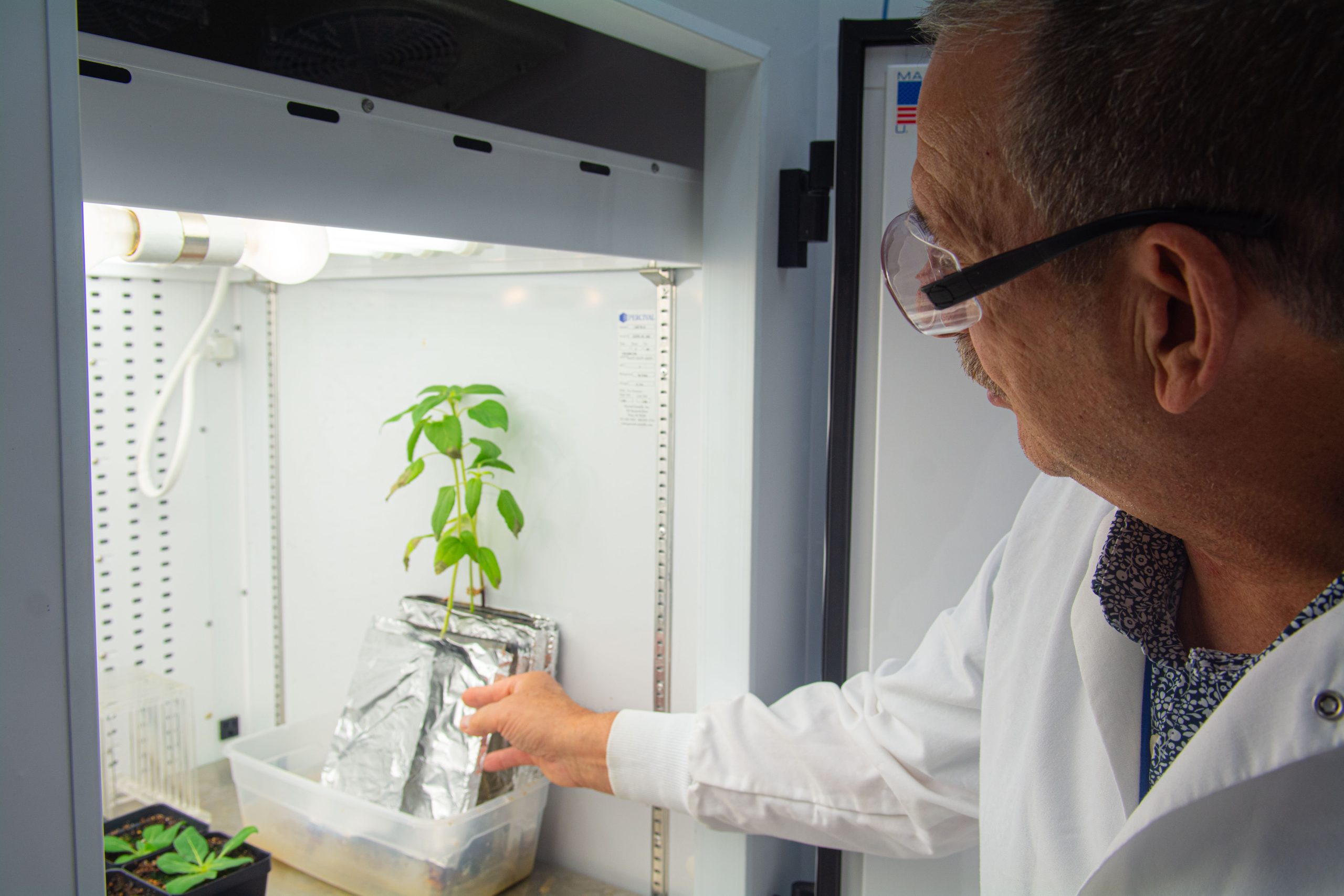 Richard Ferrieri, a research professor in the Department of Chemistry and investigator at the University of Missouri Research Reactor (MURR), said when the team added liquid smoke to the soil where a plant is growing, the researchers found it could enhance the plant’s natural defenses and increase its ability to resist pests and diseases.

In the future, Ferrieri wants to expand upon this research by testing agriculture crops, such as soybeans. He said soybeans could be a natural extension of their existing research because they share a similar type of vascular system with sunflowers, and they are also susceptible to developing various diseases.

“Leaf blight is a soybean disease caused by a certain type of bacteria,” Ferrieri said. “These bacteria can winter over when crops are tilled back into the soil leaving next season’s crops susceptible to the same blight. What we want to do is determine whether a treatment of the soil with liquid smoke could potentially protect the plants from this blight and other pathogens.”

Ferrieri hopes his lab’s work could help provide a possible solution for the issue of global food security by providing a natural alternative to the use of pesticides to help farmers increase the resilience of their crops against developing various diseases. Ultimately, he said this approach could potentially help increase the amount a farmer is able to grow of a particular crop. 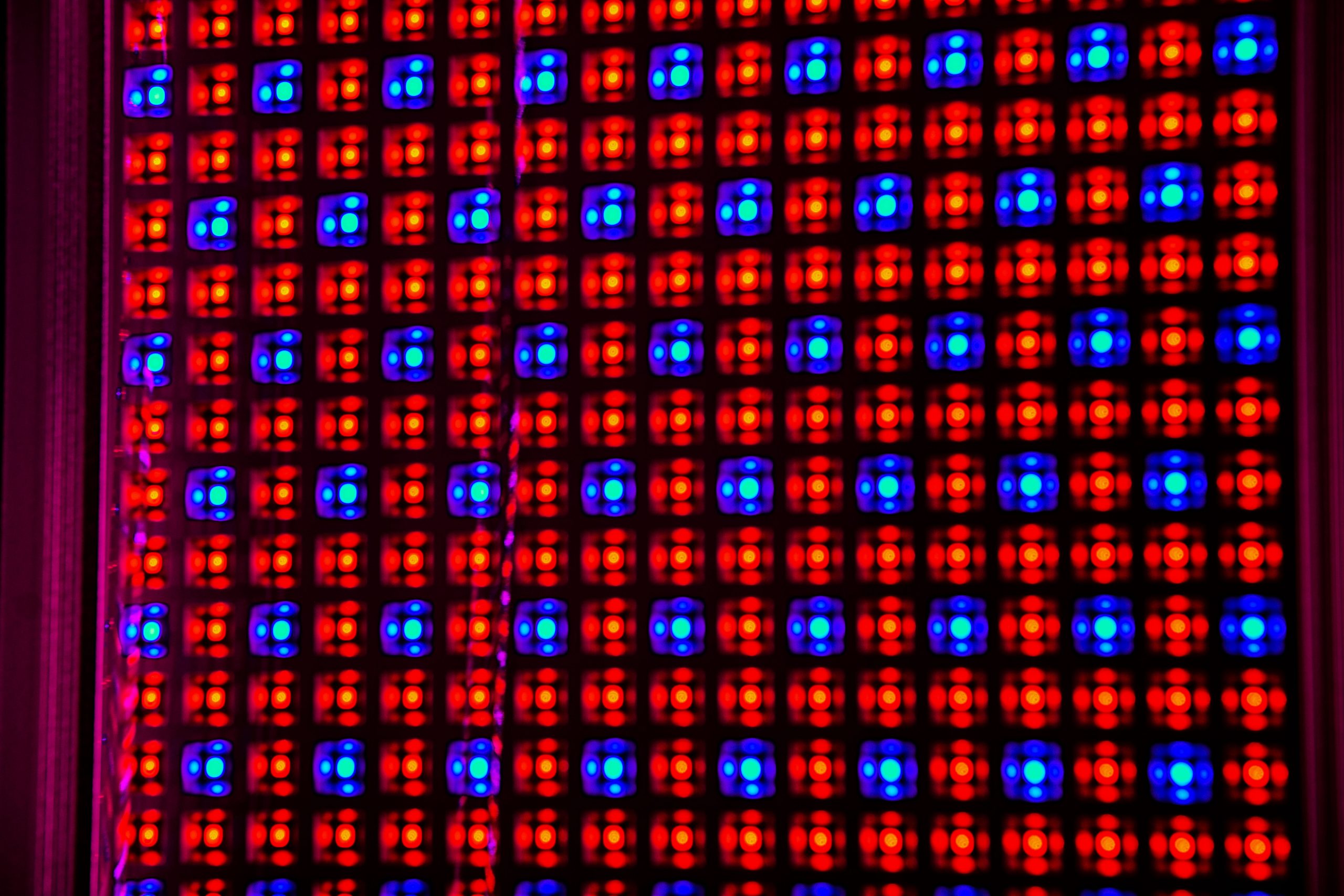 The Ferrieri lab uses lights such as these to help the process of photosynthesis occur in the plants.

“Treatments with liquid smoke and certain chemical constituents prevalent in smoke reduce phloem vascular sectoriality in the sunflower with improvement to growth,” was published in the International Journal of Molecular Sciences. Stacy Wilder, Spenser Waller and Michael Schueller at MU also contributed to the study. Ferrieri would also like to acknowledge the team of MU undergraduate students who contributed to this research.

Funding was provided in part by the Department of Energy and from internal funds through the University of Missouri. The content is solely the responsibility of the authors and does not necessarily represent the official views of the funding agencies.