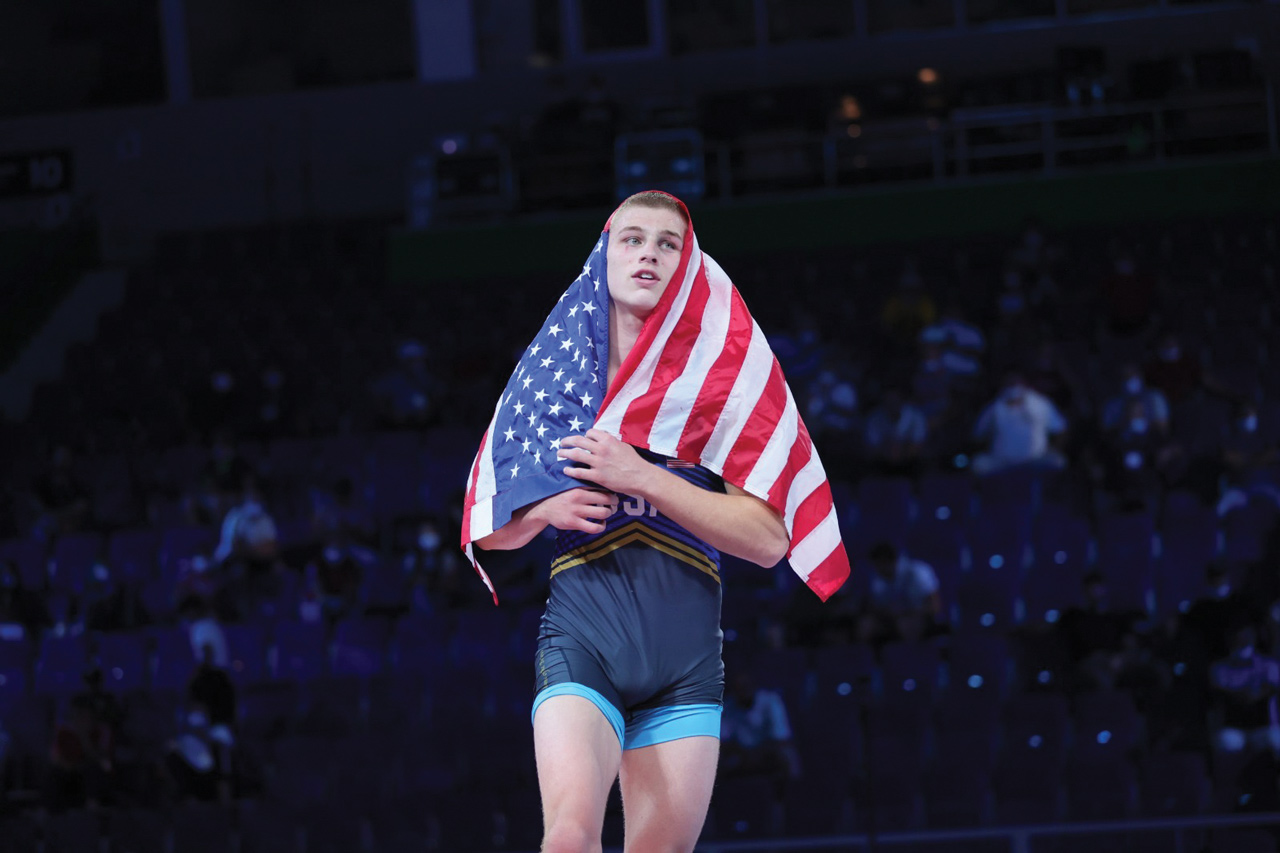 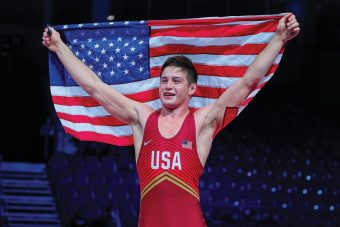 As the name suggests, Rocky Elam’s parents are fans of the Sylvester Stallone boxing movies. He is familiar with the plot of Rocky IV, in which the hero defeats Russian champion Ivan Drago on his home turf.

Elam, an All-American wrestler at Mizzou, staged his own remake of the movie in August at the Junior World Championships in Ufa, Russia. In an event that included the world’s best wrestlers aged 20 and younger, Elam won the 92-kilogram freestyle division.

“I watched that movie as a kid with my family, so it was fun living it out,” Elam says. “It played out perfectly — I was in Russia, I got to wrestle a Russian, and the Russian’s name was Ivan.”

Elam wasn’t the only Mizzou All-American living the dream at the tournament. Keegan O’Toole won the 70-kilogram freestyle division. O’Toole is a protégé of former Mizzou standout Ben Askren, BA ’07, and the freshman wrestles with the unorthodox scrambling style that Askren calls “funk.” It can disorient even the most skilled opponents, as O’Toole showed in Russia. He trailed late in two matches before pinning his exhausted foes.

“I just use the philosophy that, if I can’t outwrestle my opponents, I’m going to make them so tired that they don’t even want to stand up,” O’Toole says. “They’re going to relax for one little moment, and I’m going to take advantage of that moment. I’m relatively dangerous, so if you make one mistake on me, I’m going to make you pay in the worst way possible. The worst way is getting pinned.”