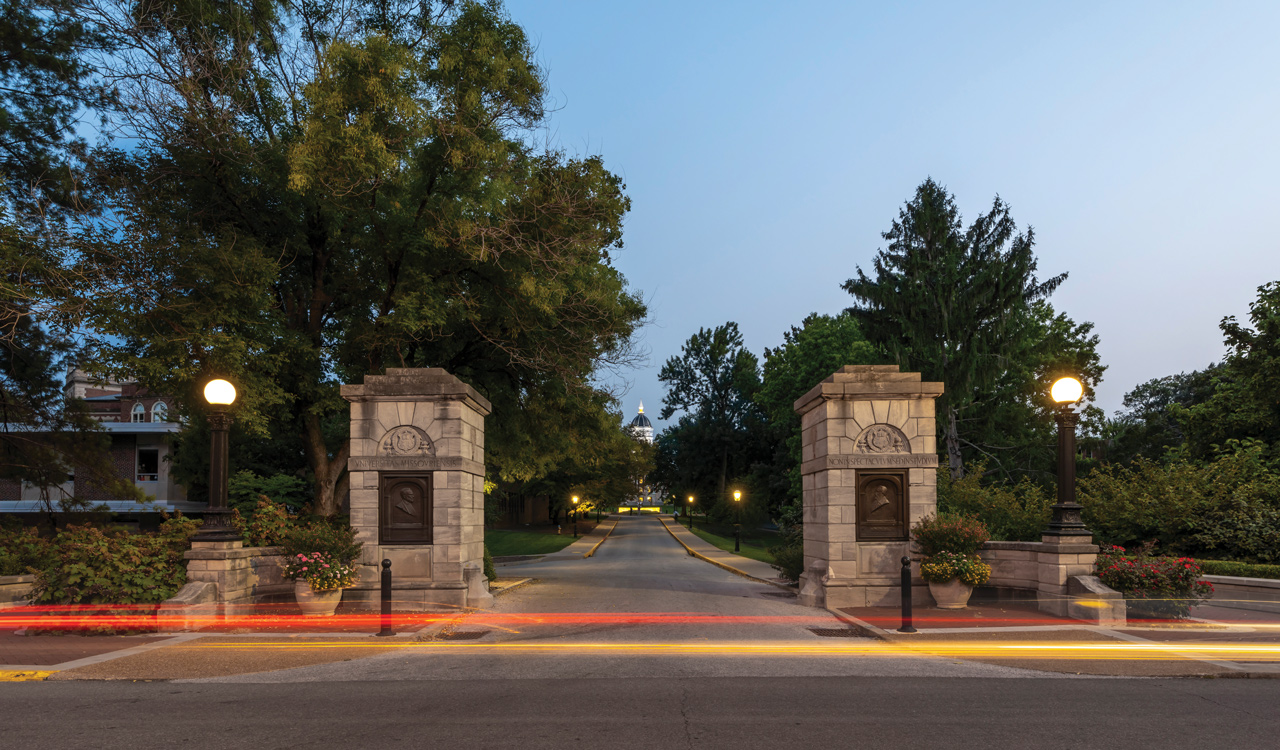 J-School Professor Emeritus Don Ranly, PhD ’76, has been perplexed by a campus puzzle for years. Can you help him solve it? Photo by Notley Hawkins

Don Ranly had taken 12 semesters of Latin by the time he arrived on campus in 1973 to study journalism. So he not only noticed but also could translate a Latin inscription on the stone gates where Eighth Street runs into campus: “Non in spectaculum sed in studium” means “Not for the purpose of spectacle, but for the sake of study.” In other words, yes, the campus is beautiful, but: “The purpose of the university is not for show or display. No, the purpose of the university is for study,” Ranly interprets. It wasn’t until he retired as head of the J-School’s magazine program in 2005 that he noticed the inscription is a play on Seneca’s De Tranquillitate Animi. It flops the nouns in Seneca’s original (“Non in studium, sed in spectaculum.”). “Seneca was complaining about show-offs who have many pompous books but never read them,” says Ranly, PhD ’76. The gates were built in 1915 with $2,500 the university received to offset damages campus suffered during the Civil War. Yet, despite looking into the historical record, he never discovered who knew enough Latin to tinker so cleverly with Seneca’s prose. “The person who is responsible really deserves credit for it,” Ranly says. (Email mizzou@missouri.edu if you know.) Meanwhile, Sergio Yona, assistant professor of classical studies, has weighed in and completed the circle on the quote’s meaning: “Yes, what happens inside the decorated buildings (the studium, literally the zeal or desire for knowledge) is far more important than the attractive façade. The university is a means by which young men and women are shaped into good citizens, through study of that which is true, good and beautiful.” And that, he says, fosters an appreciation of the lovely architecture — the spectaculum. “So everything is in a way interconnected.”