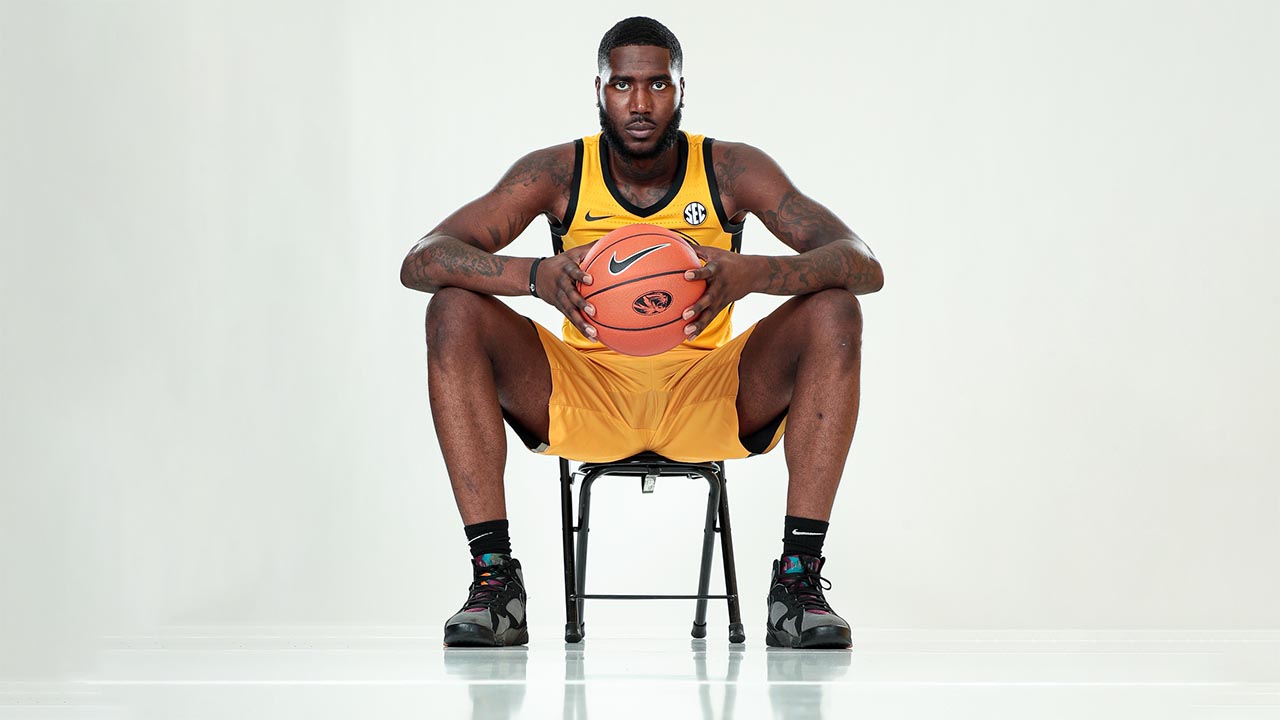 Mizzou forward Jeremiah Tilmon has helped lead the Tigers to a 7–2 start this season.

A Friday morning practice has just concluded, and Jeremiah Tilmon has graciously agreed to sit for a phone interview. He is cordial and overly polite. His boundless enthusiasm comes through over the phone. But Tilmon, the Missouri senior post player, has places to be, and when the conversation is over, he will head directly to the cold tub for an invigorating soak.

Don’t read that the wrong way. Tilmon, all 6-foot-10 and 260 pounds of him, is in what he calls the best shape of his career, and that is great news for Mizzou basketball. Because for all you’re rightfully going to hear about the team’s dynamic guards, these Tigers will probably go as far as Tilmon can take them.

“It’s a big year for him because if he’s an all-SEC first- or second-team guy, then Missouri is most likely an NCAA Tournament team,” says ESPN analyst Jimmy Dykes. “In terms of experience, body, all that stuff, he can anchor his team as well as anybody in that league on both ends of the floor.”

That statement speaks to how far Tilmon has come in three college seasons. Sure, he arrived on campus in the summer of 2017 as a heralded top-50 recruit, a player who was bubbling with energy and flashed an effervescent smile. But Tigers strength and conditioning Coach Nicodemus Christopher also recalls a player who could be described in a three-letter word: raw.

“It was as simple as that,” Christopher says. “Physically, he was raw. On the court he had some skill, but he was raw. Even from the standpoint of learning to be a man, it was a blank slate.”

Indeed, from the very beginning, Tilmon showed flashes of what made him such a coveted recruit — 14 points and seven rebounds in his college debut alone, the first game of the short-lived Michael Porter Jr. era. But with success came frustration: adjusting to the college game, understanding the commitment required of a scholarship player, learning how to battle for the first time against opponents his size, if not bigger. Although he averaged a respectable 10.1 points and 5.9 rebounds, he was on the floor for just 24.2 minutes per game. Foul trouble became an issue that carried over to his sophomore year — he fouled out of 10 games in each season — and his junior year was interrupted by a foot injury. “Sometimes I get a little too physical,” Tilmon says now. “I need to be more mentally strong.” 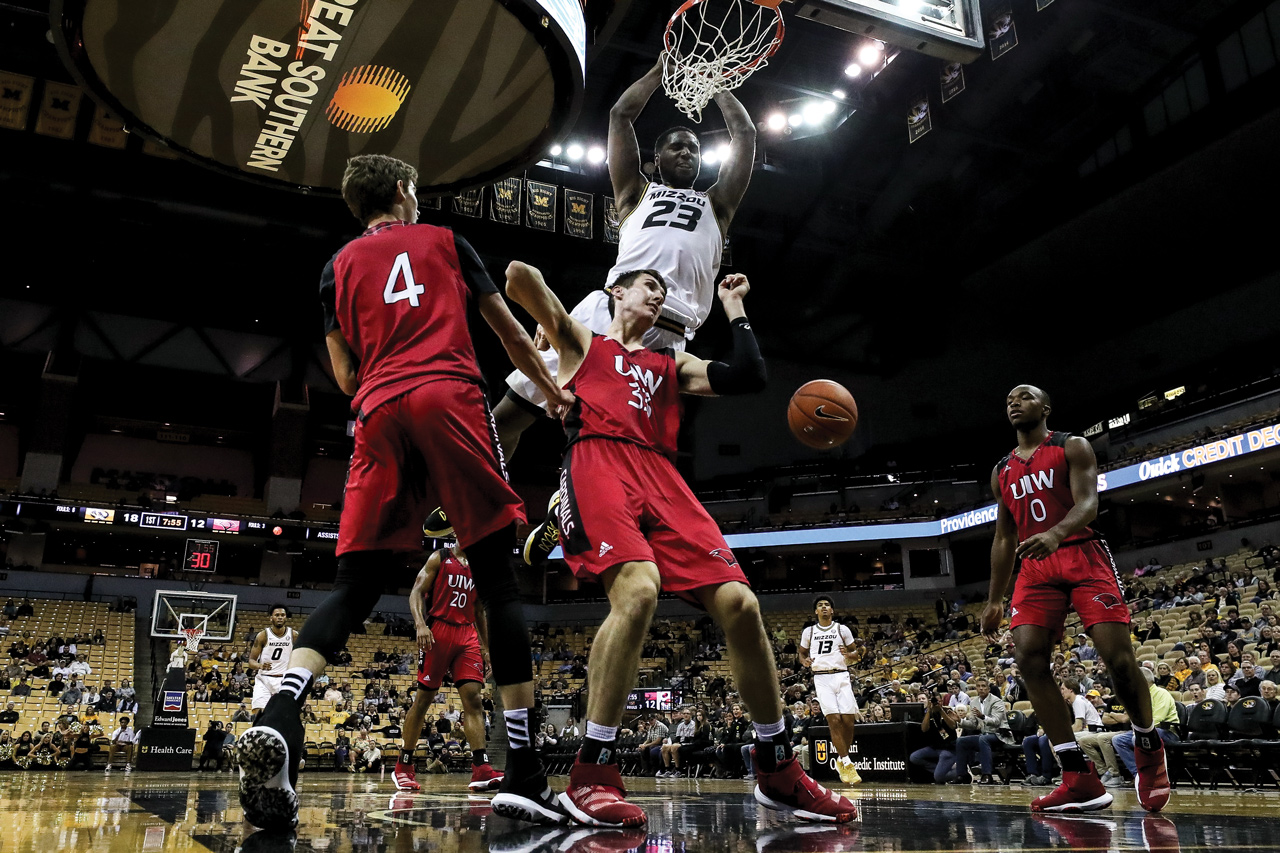 Tilmon scores two with authority vs. Incarnate Word on Nov. 6, 2019.

For Coach Cuonzo Martin, Tilmon’s development can be summed up in one word: maturity. “When you come in at 18, it’s different than when you’re 22,” Martin says. “It’s a different life experience, understanding, being battle-tested, battle scars — all those things we gain through our trials and tribulations. We learn from them and gain wisdom over time.”

And that explains why the Tigers are so high on Tilmon, why they have never stopped believing, why he is so pivotal to their success in 2020–21. For all of the tribulations he experienced over his first three years — and there were plenty — he never stopped grinding, never complained, never quit seeking answers.

“He has really grown,” Christopher says. “The biggest credit to that goes to his willingness to learn. Jeremiah is a very vocal guy, so he doesn’t hold anything in. Just sitting down with him, the way he sees the game, the way he sees life, the conversations we’re able to have, you really see there are some things he didn’t understand fully that he gets now.”

Mitchell Smith was a sophomore when Tilmon arrived on campus as a wide-eyed 18-year-old. They were two young guys, both learning their way around, following the leads of their older teammates. Now Smith, who is also a senior after taking a medical redshirt, sees a totally different individual — on and off the court.

“When JT walks around now, he acts like a grown man,” Smith says. “He’s found himself. He knows what kind of man he wants to be. He’s learning more and more every day.”

The energy, desire and mindset have spilled over to the weight room. As Christopher notes, every coach likes to have a surrogate in the locker room, a player who can echo the head man’s words, police teammates and lead by example. It’s no different in Christopher’s domain.

“He holds his teammates accountable,” he says of JT. “It makes it even easier for him because he loves the energy part of it, the grind of it, the hard work. He’s telling me, ‘Hey, Coach, I need to see more weight on [a teammate’s] sheet.’ He’s even holding me accountable. He puts a little pressure on me to be a better coach.”

Now, about the fouls. Turns out a foot injury that sidelined Tilmon for nine games during the heart of the SEC schedule last season may have been a blessing in disguise. Because if he has the big senior season those in the program are expecting, we may look back on what transpired upon his February return as a major reason. He came back to a team that was playing its best ball of the season, and Martin understandably saw no reason to shake up the starting five. So Tilmon willingly came off the bench, and he did so effectively. Over his last four games, he averaged a modest 7.3 points and almost five rebounds. Most important, he never collected more than three fouls in a game, this while averaging 22.7 minutes over his last three games. Tilmon has never lacked for enthusiasm, maybe to a fault. Perhaps being on the bench for the start of games gave him the opportunity to see how officials were calling things.

“It keeps him from getting a quick foul in the first 2½ minutes,” Dykes says. “It buys three or four minutes for him from a mental standpoint.”

In addition to Tilmon, the Tigers will lean on guards Xavier Pinson, Dru Smith and Drew Buggs, a graduate transfer from Hawaii. Pinson and Smith fueled the late-season surge last winter, combining for 34.9 points per game during a 5–4 closing stretch after putting up 18.4 points over the first 23 games. Buggs will primarily run the point, freeing up Pinson and Smith to do their thing: attack the basket and hunt 3-point shots off of penetration. That should help spread the floor for Tilmon to operate inside.

The key is being able to finish. When he went through the NBA Draft process this summer, Tilmon heard a familiar refrain: Make point-blank shots, convert the and-one chances, improve his rebounding, run the floor as a trailer and then score with an emphatic dunk or by knocking down the occasional 3-pointer. Yes, Tilmon has at least a yellow light from Martin to launch from deep.

More than anything, however, the Tigers need Tilmon to do the dirty work. The ball screen has become all the rage in college basketball, and he not only will be asked to set solid screens for his teammates and roll to the basket but also to defend against the same on the other end. That means avoiding the silly fouls — setting a moving screen or reaching defensively.

“Opponents are always going to drag Jeremiah Tilmon into a ball screen,” Dykes says. “He’s going to have to be a terrific ball-screen defender, coverage-type guy. He doesn’t have to be 18 [points] and 10 [rebounds]. If he’s a 12-and-8 guy, that bodes really, really well for Missouri.”

So does having a roster that returns everyone except for graduated big man Reed Nikko. Old is good in college basketball, especially in the wake of an offseason that was curtailed by COVID-19. “This year, more than any other year, old is going to win,” Dykes says. “Missouri is just as experienced as anyone out there. Old should win, especially early.” So far, so good. The Tigers, who have pounced to a 7-2 record with quality wins over Oregon, Illinois and Arkansas, are ranked 17th in the Associated Press poll.

Jeremiah Tilmon is old now, the father of a 4-year-old boy, three years removed from that raw arrival on campus. Wiser, too. He has evolved into a leader, a player whose heart has never been questioned and a guy teammates feed off of and is universally loved in the program.

“This year I feel like we’ve got a way better team, a way different connection,” Tilmon says. “I’ve been in this locker room for four years. The connection with the guys we have now has never been this real. It’s never been this authentic.”

With those parting words, Tilmon is on his way. The cold tub is calling. As is one final season. 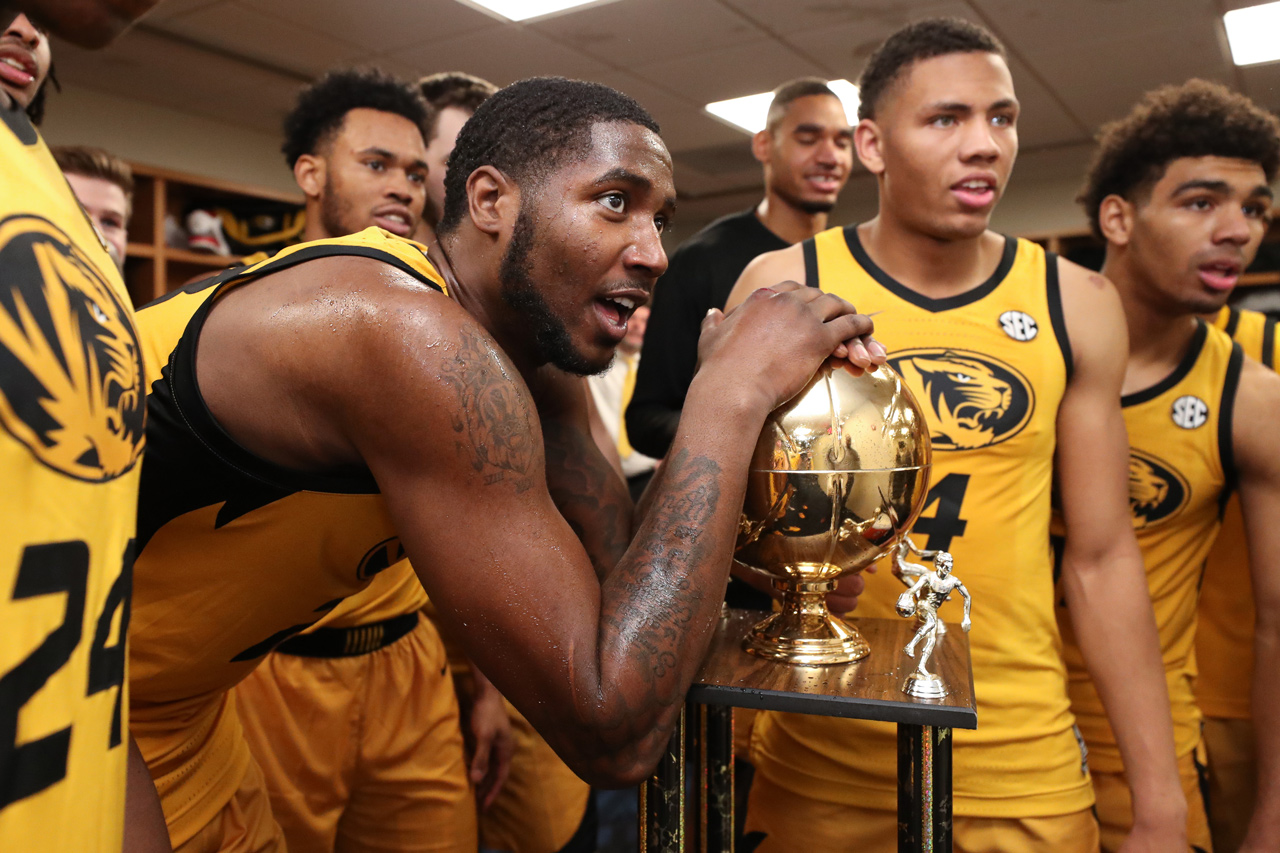 About the author: Mark Godich, BJ ’79, is a senior editor at The Athletic.