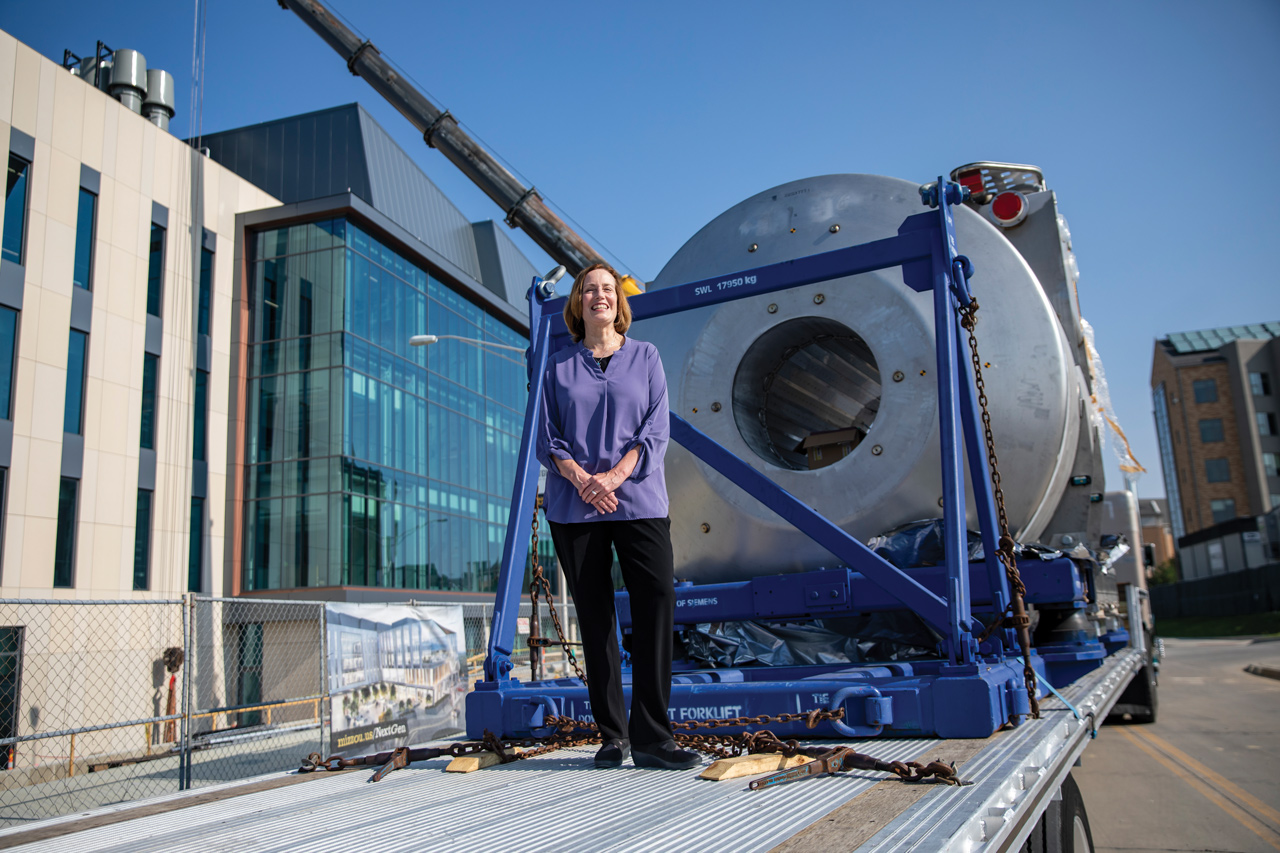 Radiologist Talissa Altes was among the first wave of faculty who moved into the new NextGen Precision Health building, with its state-of-the-art imaging equipment including this Siemens Healthineers MAGNETOM Terra 7-Tesla MRI. Photo by Michael Cali.

To Talissa Altes, professor and chair of radiology at MU, the only thing more impressive than the idea of the university’s NextGen Precision Health initiative is how quickly the project and the physical building have gone from idea to reality. “It’s been amazing to see how everybody across campus and campuses have come together,” she says.

Altes and her department were among the first wave of faculty to move into the NextGen building when it opened in October. But more than just harbingers of the long-term benefits — the breakthrough discoveries that will come from that building — Altes and her team are also a prime example of the immediate boon NextGen will be to Missourians. That’s because the facility is not only populated with world-class researchers; it’s also stocked with state-of-the-art equipment.

For instance, the NextGen building will have a 7-Tesla MRI machine that is the most powerful in the world and will be available for clinical use. The giant machine, which was installed with a crane into the NextGen basement, is just part of a $133-million, 10-year agreement with Siemens Healthineers to bring high-end radiology equipment to the heart of the state. “We’ll be able to see things that we couldn’t with other technology, and the people of Missouri will benefit by having access to our advanced imaging equipment for their clinical imaging exams,” Altes says. “It also prompted Siemens to site one of their leading MRI engineers here. This leading-edge equipment has allowed us to recruit world-class researchers to MU that never would have come otherwise.”