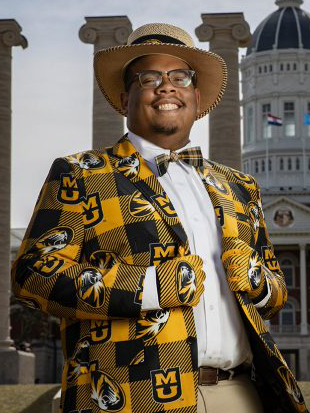 Freshman pre-nursing student Christian Birtell is organizing an event to provide free meals to emergency responders and give a financial boost to small local businesses.

“With everything that’s going on in the climate of this country, I decided that instead of spreading a message of hate,” he said, “I’d rather spread a message of love.”

Birtell plans to raise at least $7,200 on the Dinner for First Responders GoFundMe page by July 1. With the money, he will buy gift cards from five locally owned restaurants — the Heidelberg, China Chef, Las Margaritas, Jazz A Louisiana Kitchen and Flat Branch — and hand them out to first responders at hospitals and fire and police stations to “thank them for all they’ve done.”

By giving back to police and other first responders, Birtell said he hopes to show that an African American like himself can have a positive interaction with law enforcement.

“We don’t have to let the past dictate the future of relationships between police and minority communities,” he said.

Birtell also said he believes that buying gift cards will help restaurant owners, who have taken a hit during the pandemic.

Meanwhile, Birtell is a full-time employee at MU Health Care. He works in the cardiology department as a nursing technician and hopes to get into nursing school.

Birtell is making an impression. Even Missouri Gov. Mike Parson has called to thank him for all the work he’s done and to offer his support.

“If I can get the governor of the state to pay attention to me,” he said, “what’s stopping me?”