Last week, the University of Missouri began honoring the accomplishments of 5,547 students with more than 6,115 degrees as Mizzou’s in-person graduation celebrations began for the class of 2021. The graduates will join nearly 340,000 living Mizzou alumni around the world. Through a series of socially distanced ceremonies, university officials recognized the class of 2021 for their achievements and perseverance. Here are a few of our favorite photos from the first weekend of celebrations. Commencement ceremonies continue May 14-16. 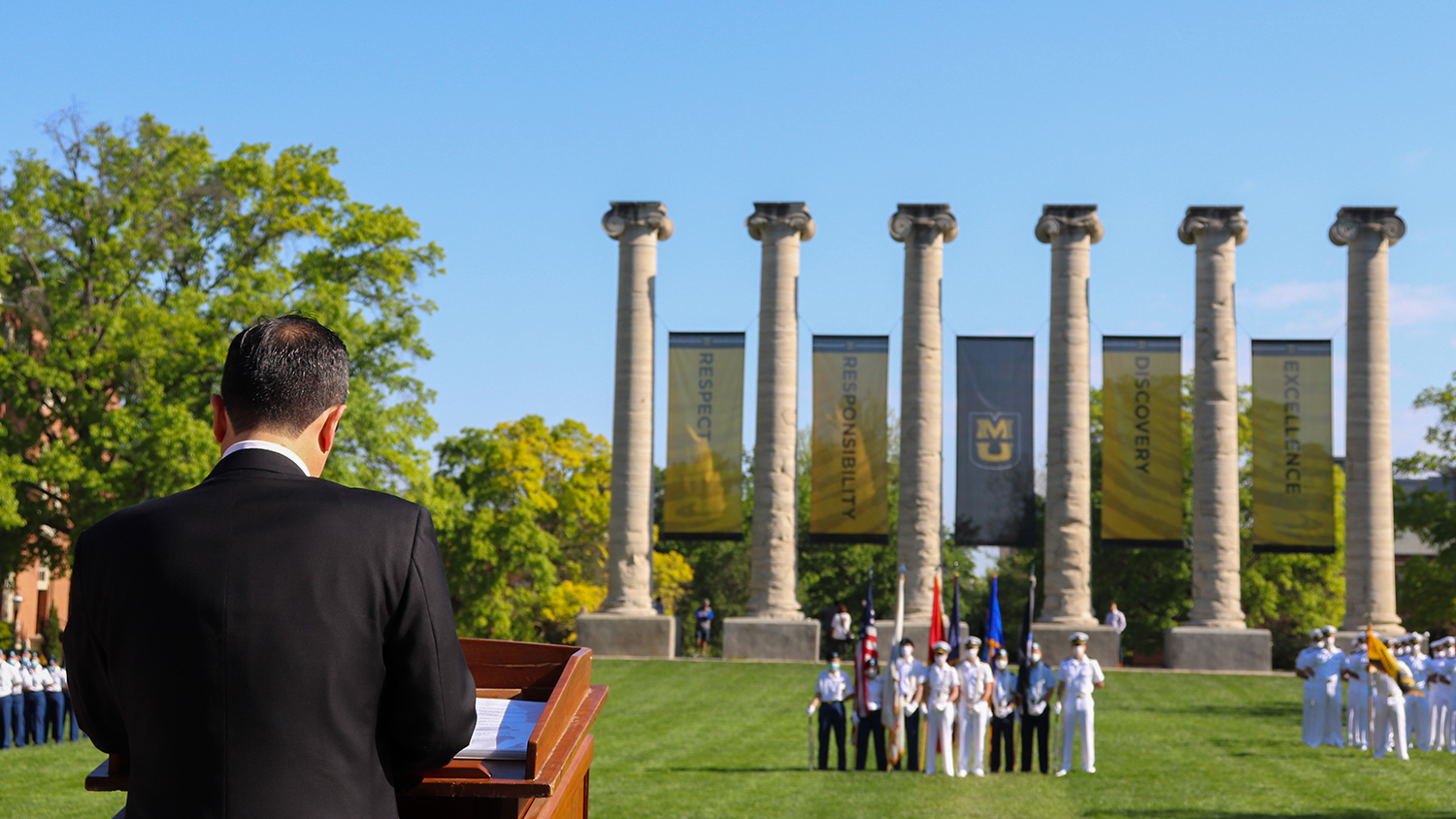 To start the weekend, University of Missouri President Mun Choi spoke to and reviewed the three ROTC branch units. 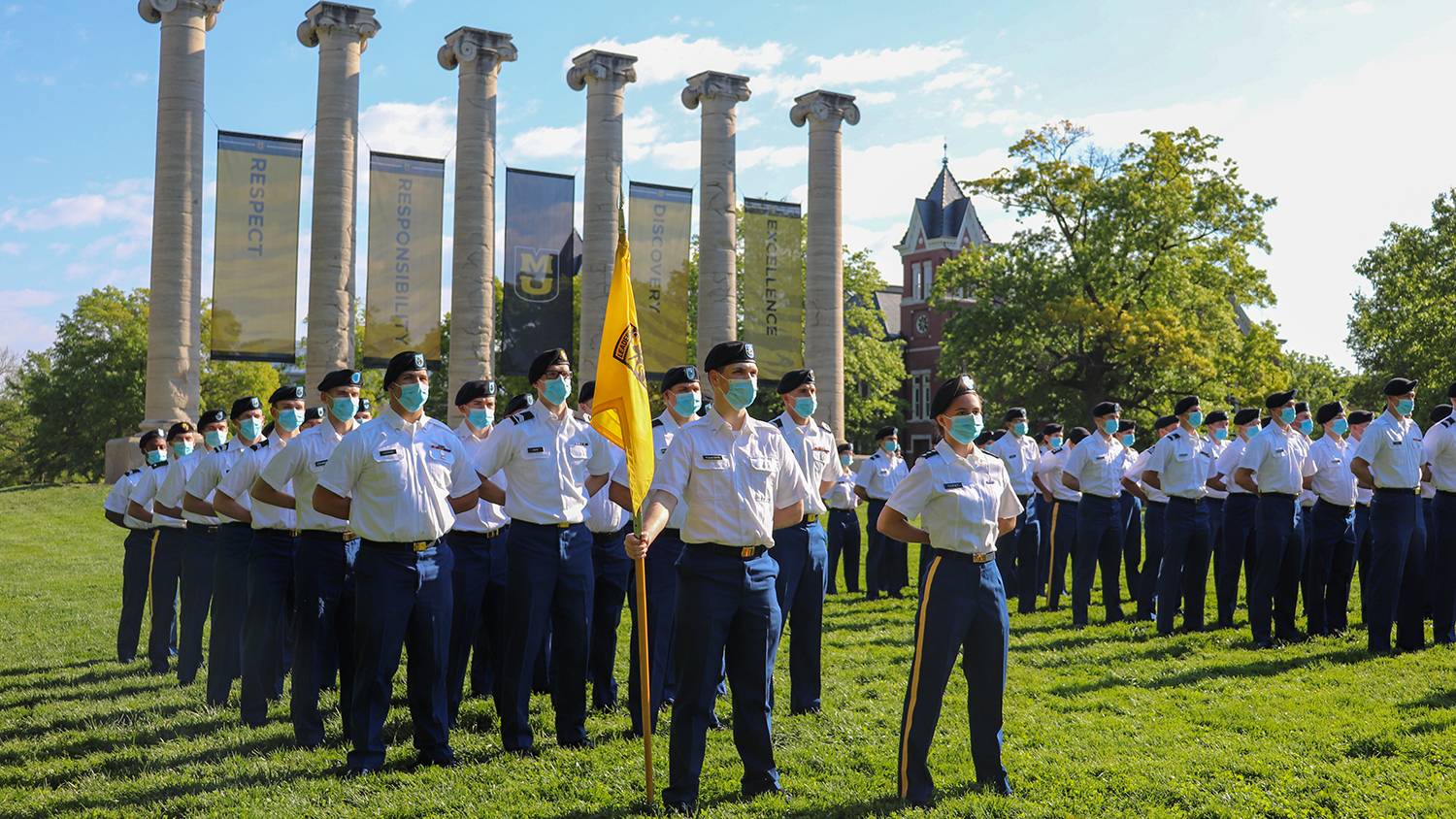 The soon-to-be ROTC graduates worked tirelessly to fulfill the points for their training. 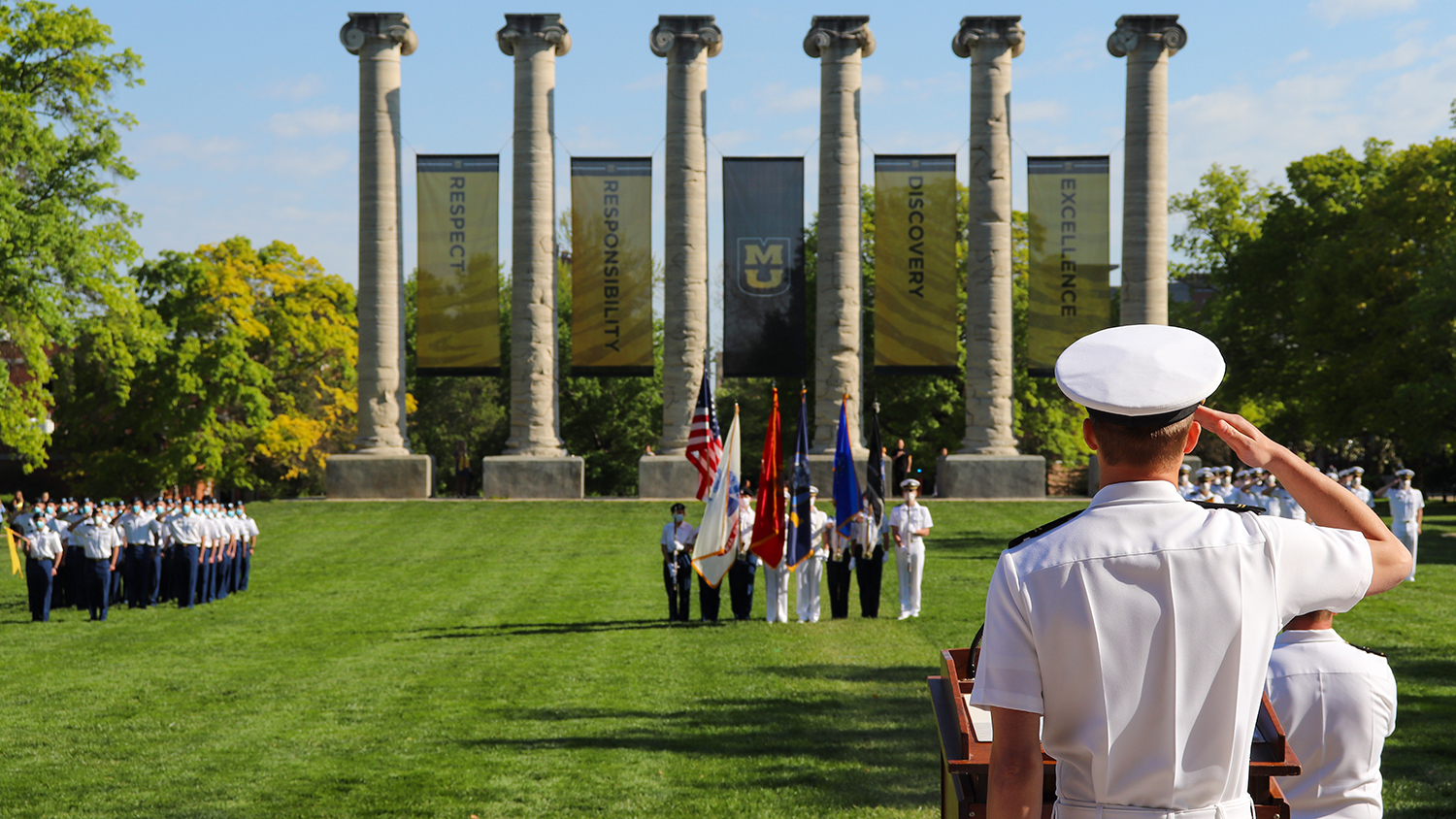 The pass in review ceremony is a long-standing military tradition that began as a way for a newly assigned commander to inspect the troops. 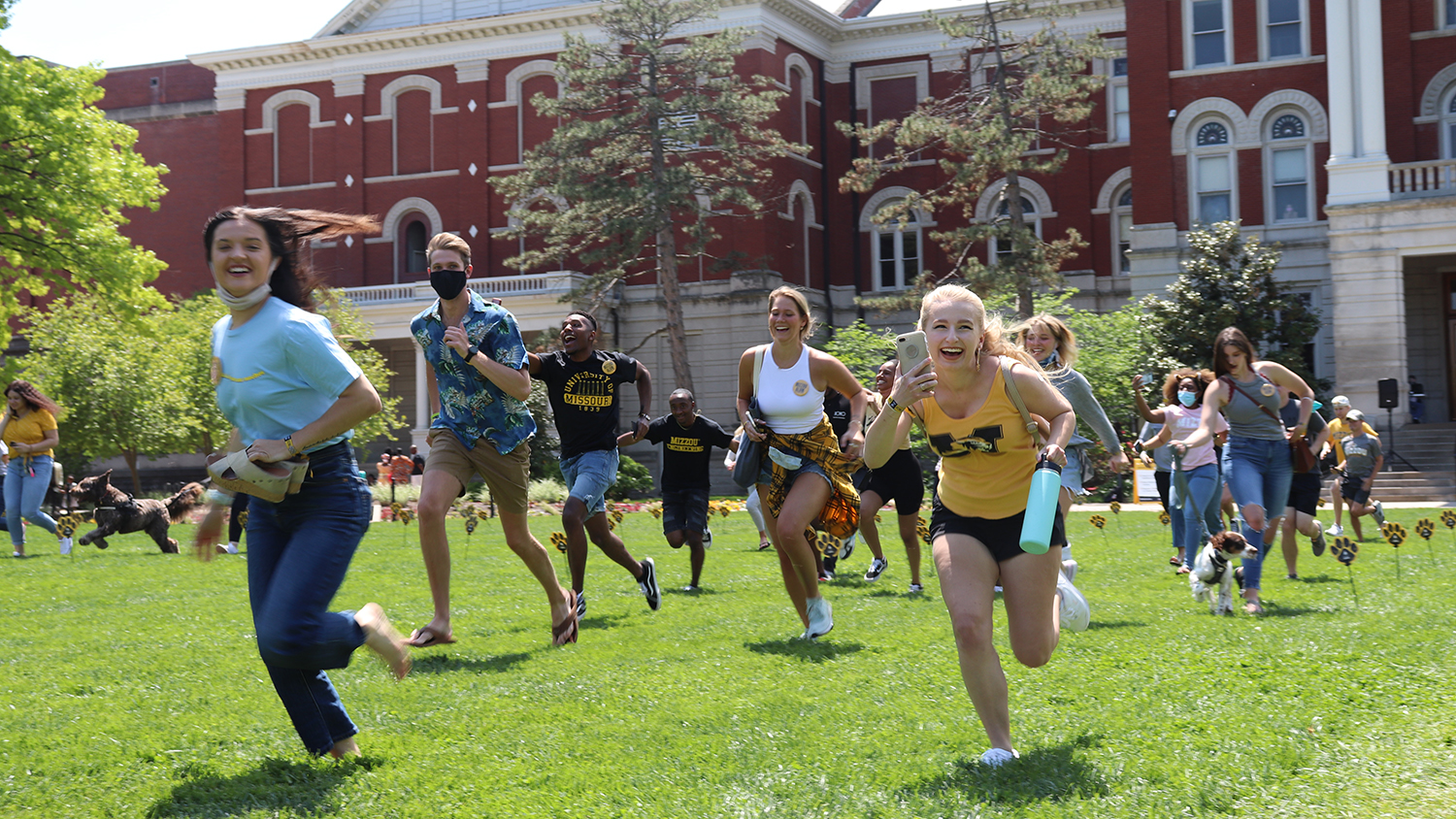 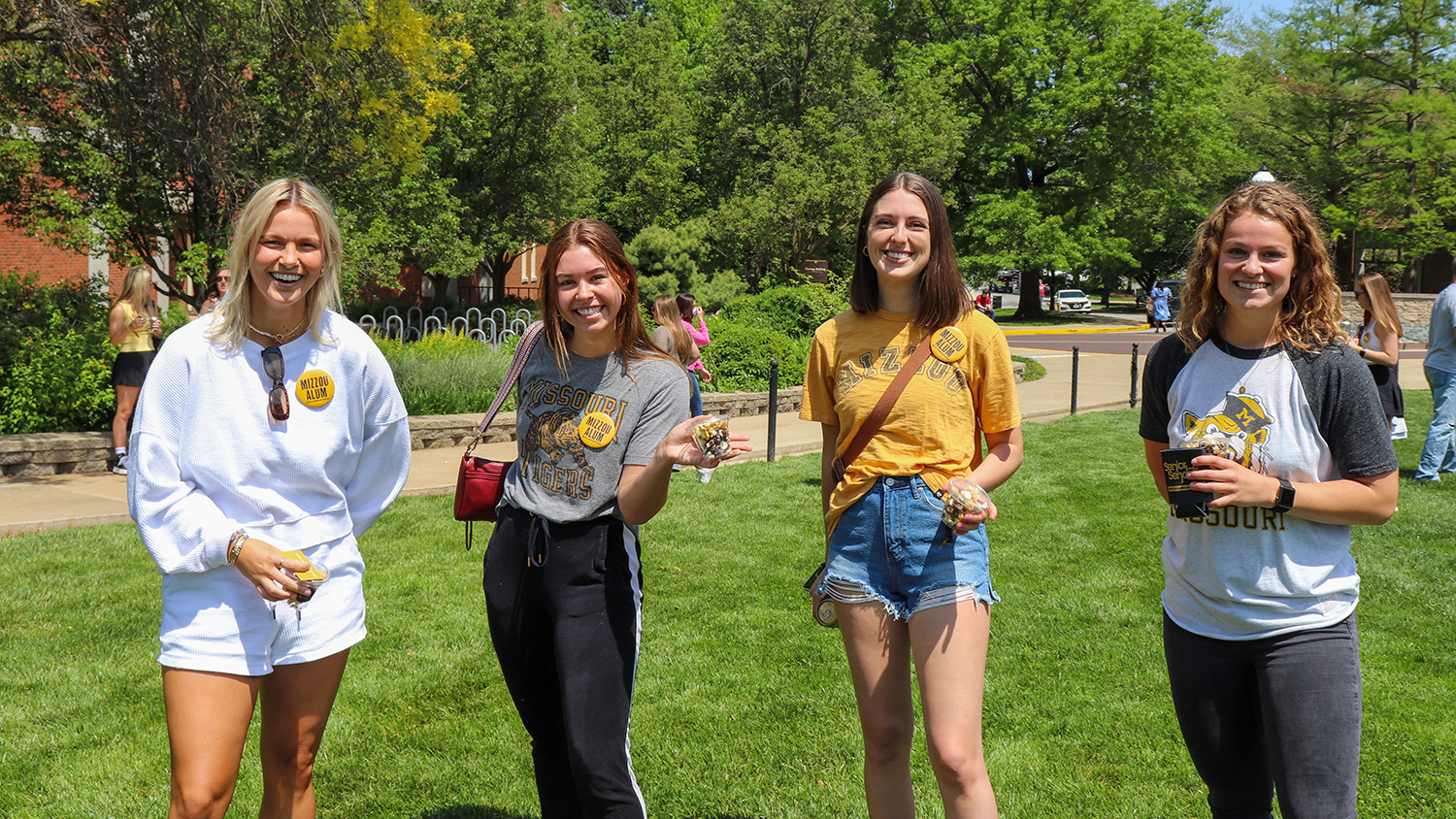 Time slots allowed graduates to sign up in small groups and participate in Tiger Prowl, a symbolic exit through the historic Columns of Mizzou into the world beyond. Afterward the grads gathered on Carnahan Quadrangle for a celebration. 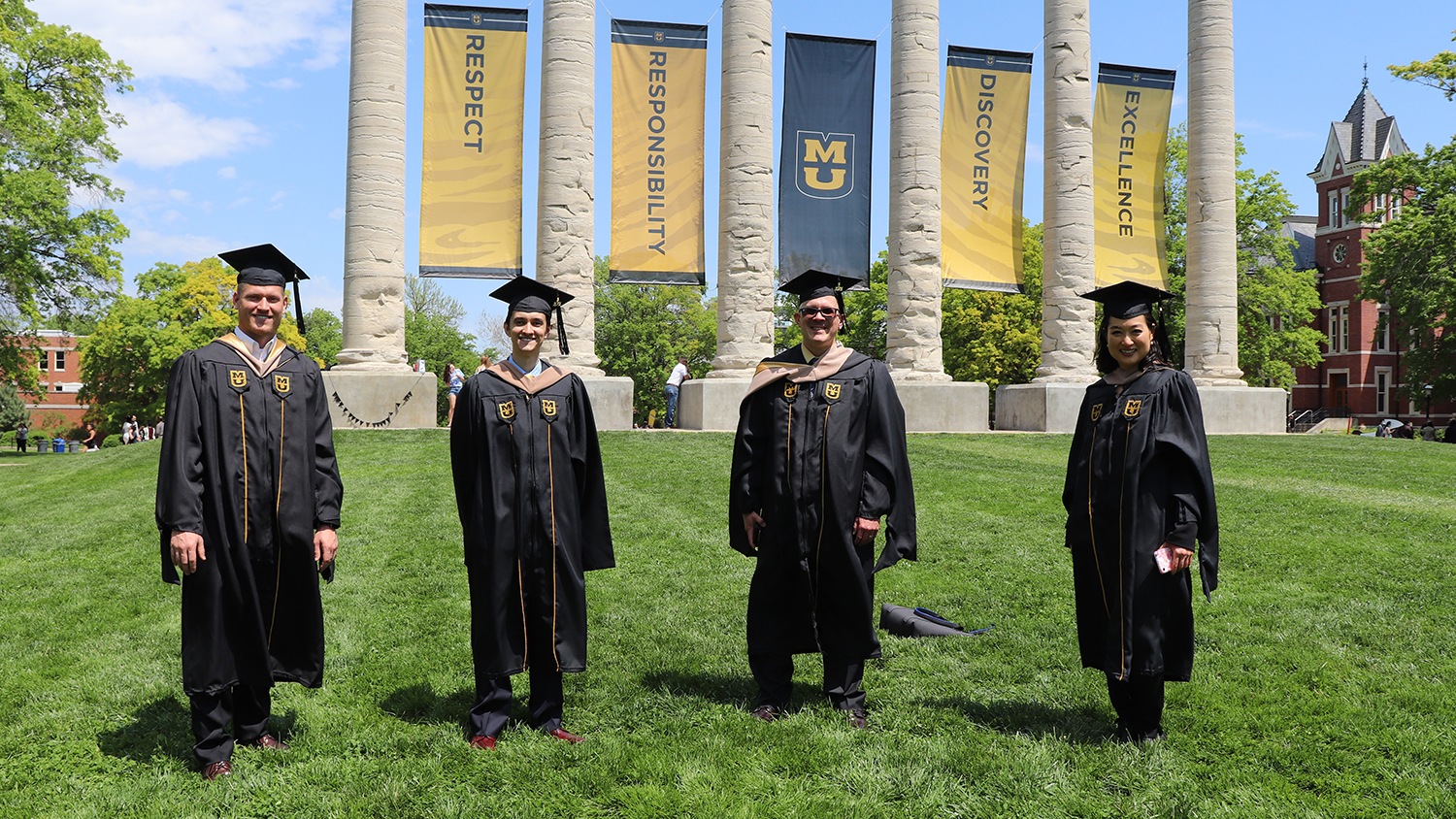 Throughout the weekend, grads decked out in regalia could be found at some of Mizzou's most iconic sites. 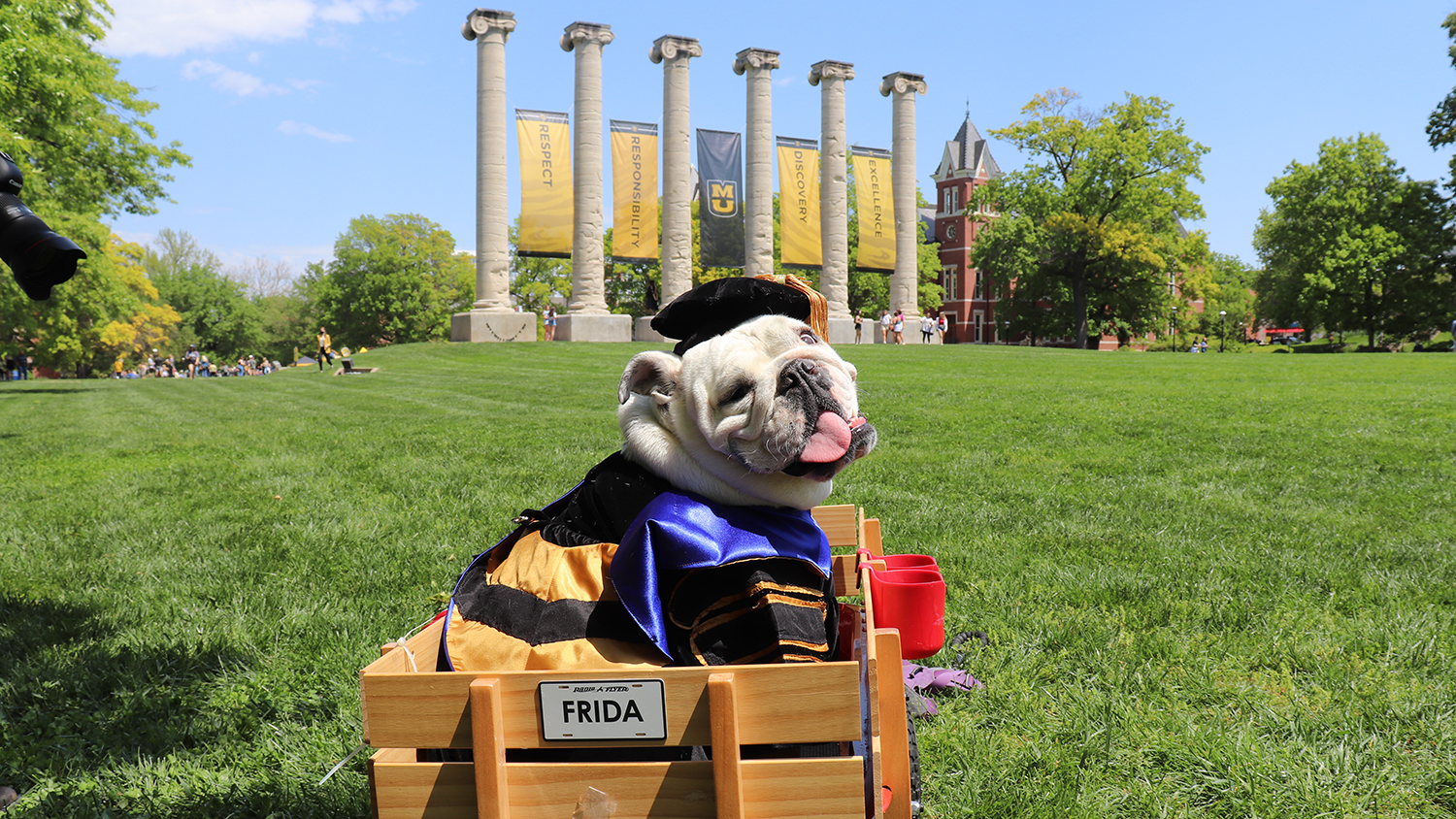 Frida earned her DOGtorate in being cutest pup at Senior Sendoff. 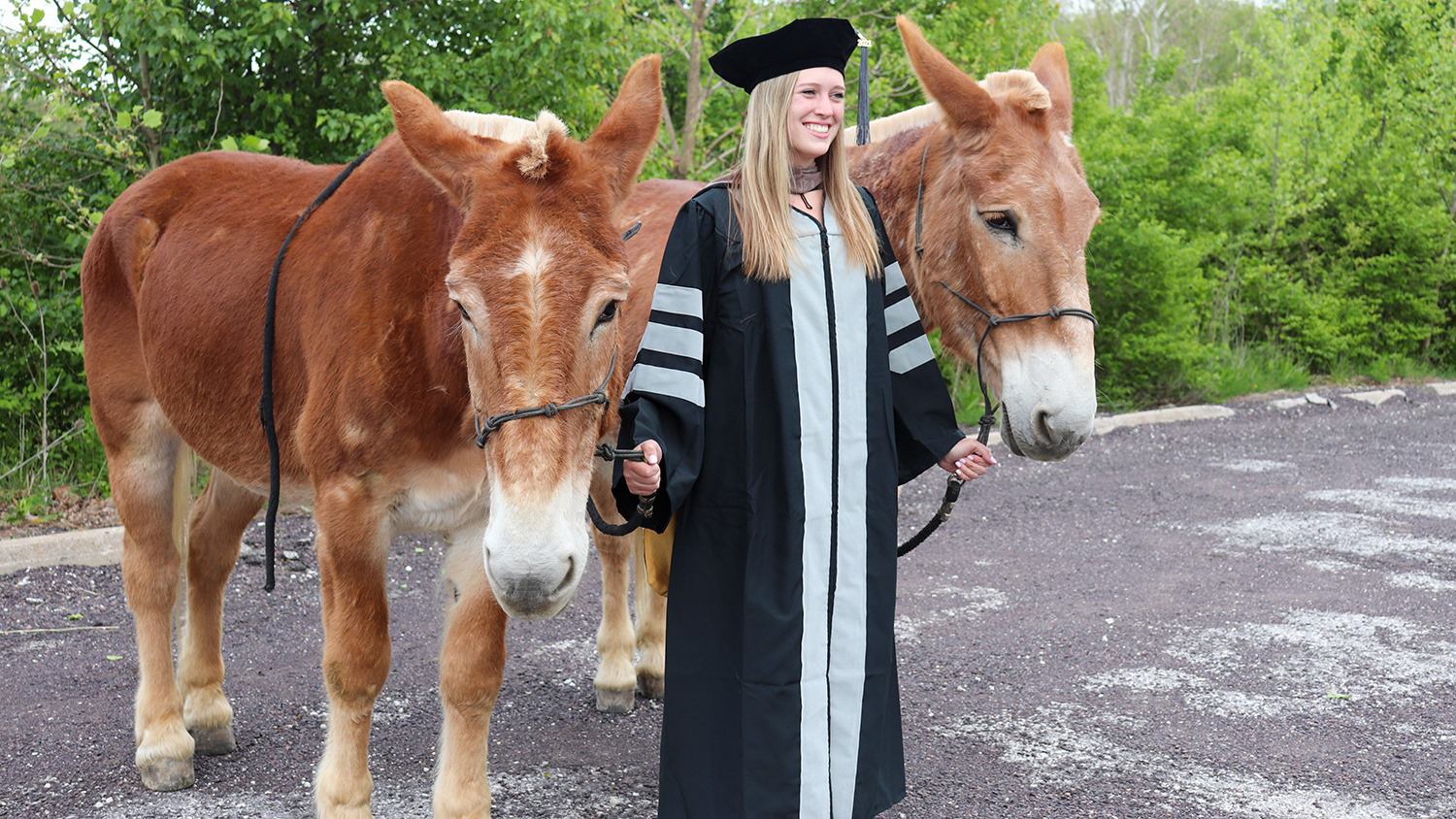 Jordan Biermann, a College of Veterinary Medicine graduate, posed with Tim and Terry, the Mule Team. 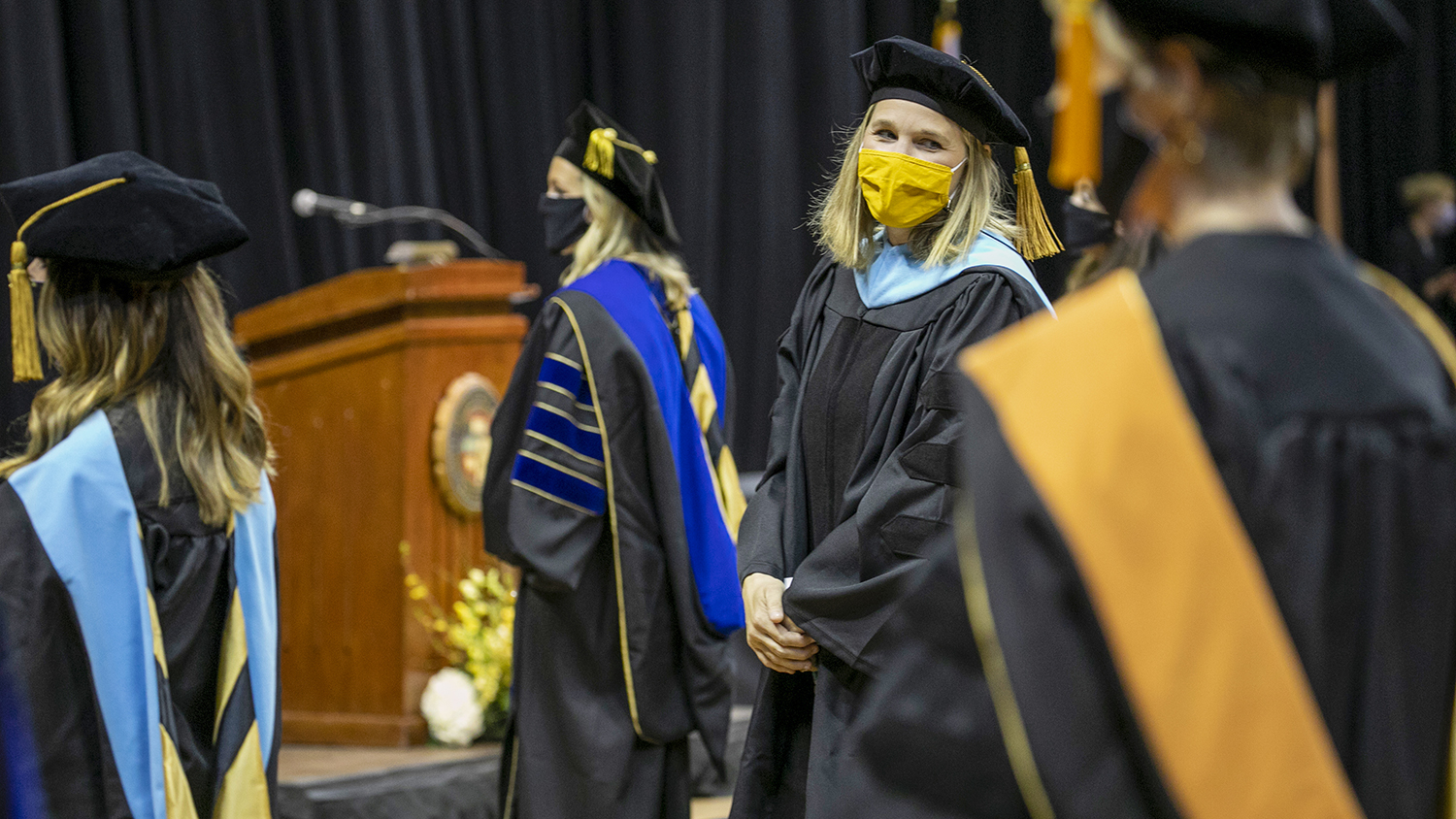 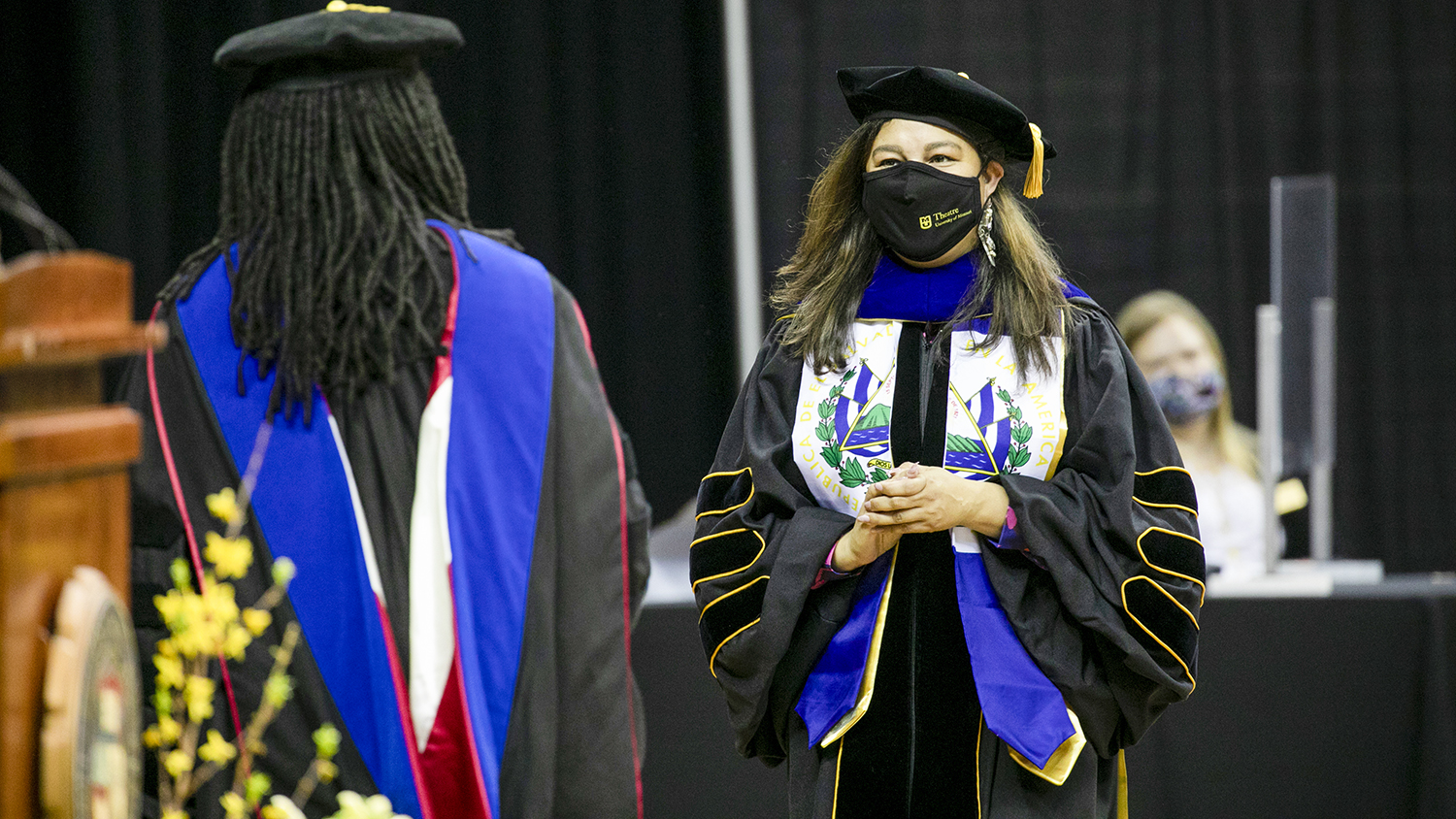 Faculty were excited to celebrate their students in socially distant in-person ceremonies. 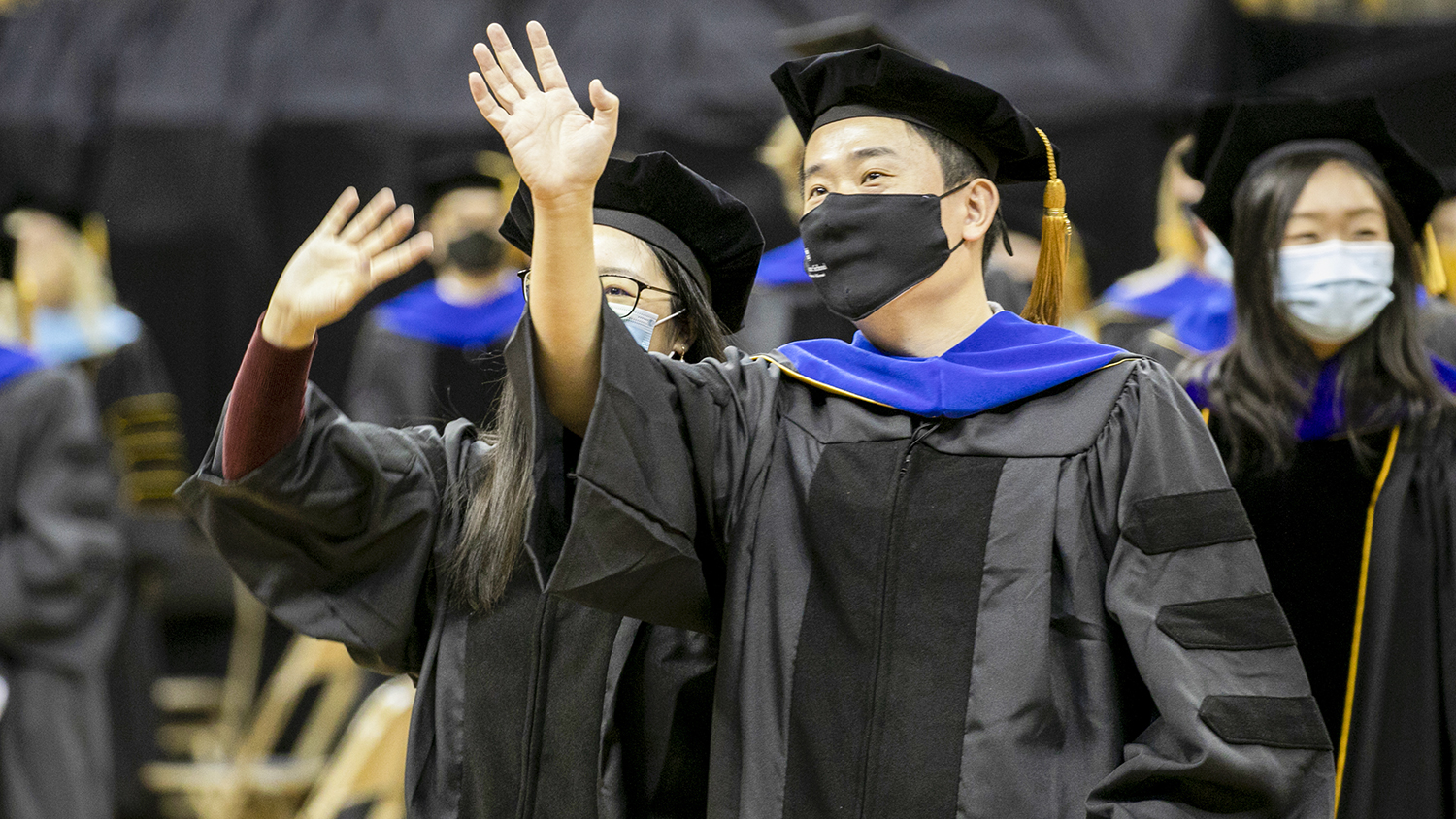 Each graduate could bring up to six guests to their ceremony. Ceremonies were also livestreamed and recorded for family members and friends who could not attend. 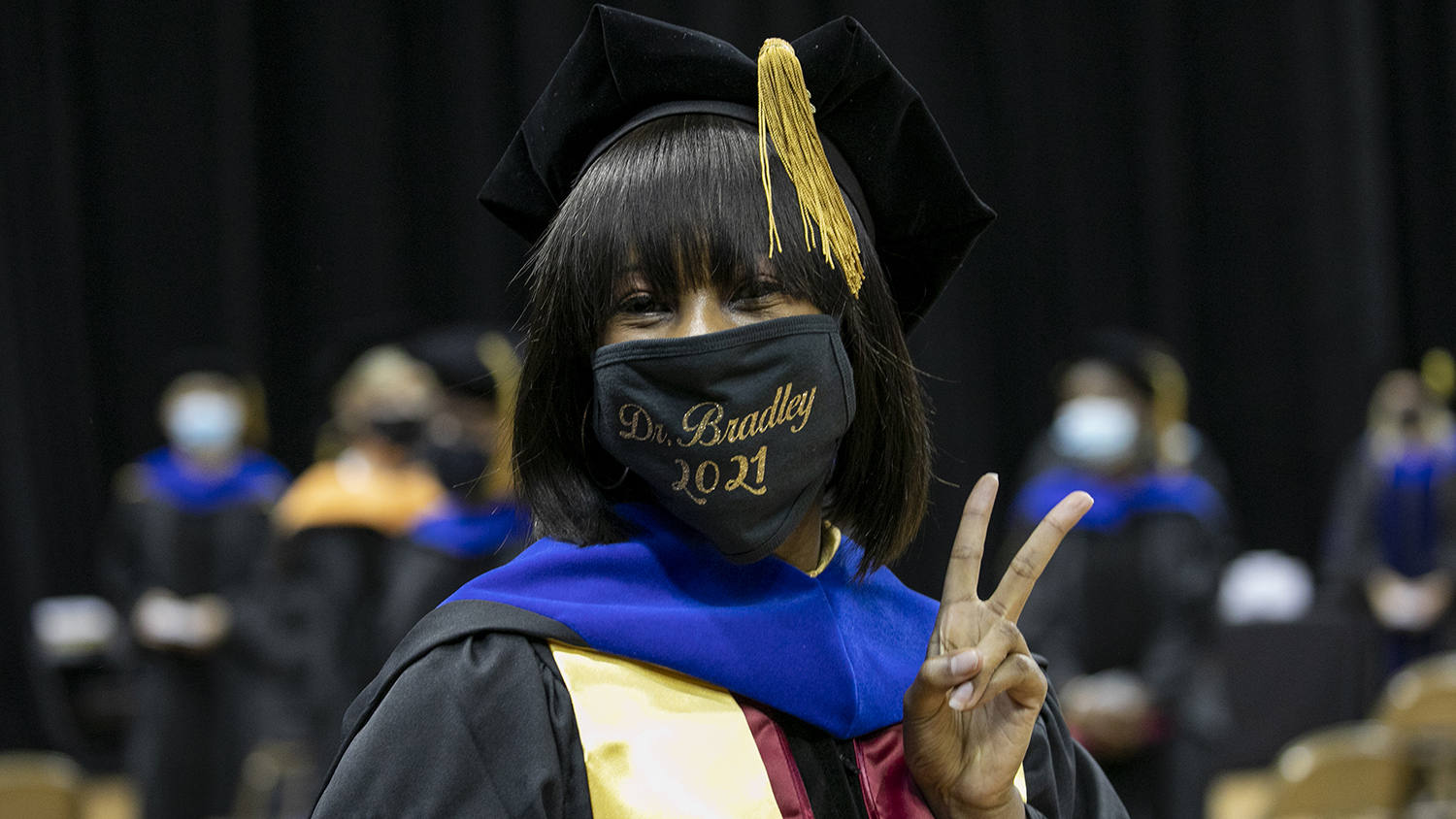 The spring graduates will join nearly 340,000 living Mizzou alumni around the world.