They include a slew of pending hires coming aboard under a new strategic plan and in a process that’s unique on campus. First, a steering committee identifies existing strengths and new opportunities for Mizzou, Zweig says. “We’re encouraging existing faculty to put together proposals for those opportunities, including identifying individuals with the talents we’ll need.”

Then, rather than individual departments recruiting individual faculty, campus leaders target clusters of researchers who meet the new objectives. “It’s a very, very different way than we’ve recruited faculty before.”

The cluster approach reflects the complexity of today’s science, which increasingly requires collaboration among labs and disciplines to achieve breakthroughs. The image of lone scientists working to make singular discoveries has become rare, particularly in medicine, Zweig says.

Also rarer are discoveries for discovery’s sake: NextGen will focus on knowledge that can be translated into innovative treatments. “It’s not just understanding the structure or function of a physical or physiological process,” he says, “but how it can be applied to real-life problems.”

The collaboration will extend beyond medical researchers. They’ll work with experts in physics and chemistry, for example, to get the best from new imaging technology. The design of the new building’s labs and offices will encourage scientists from different disciplines to interact and work together.

Campus leaders have approved about three dozen new research positions connected to NextGen. Offers have gone to about a dozen in an effort that will span several years. Happily, most recruited faculty so far have accepted their offers, Zweig says, as they’re drawn to MU’s high-profile commitment to medical science.

“This is an exciting time for both the campus and the School of Medicine.” 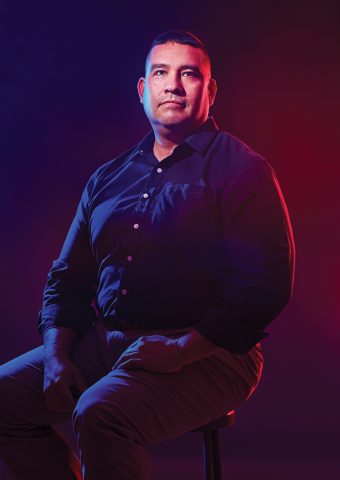 Jorge Gomez-Gutierrez studies potential cures for cancer, exotic approaches that use viruses and bacteria to battle and even prevent tumors. It’s fundamental science — the sort whose discoveries often sat on a shelf unless noticed by a practicing doctor somewhere.

Not anymore. “I’m a basic scientist, and I need the knowledge of a medical doctor to understand how my science can be applied,” Gomez-Gutierrez says.

So, he left the University of Louisville in early 2021 to come to MU as an associate professor in molecular microbiology and immunology in the Department of Child Health. He followed two colleagues who made the switch a year earlier from Louisville to Columbia, drawn by the university’s commitment to medical research. That commitment focuses on research by teams of scientists from multiple disciplines, working together and trading ideas — perhaps in the halls of the Roy Blunt NextGen Precision Health building, designed to encourage collaboration.

NextGen will focus in part on cancer research, alongside planned growth in clinics that treat cancer patients. “Missouri offered the facilities and resources needed to conduct high-quality research that can be translated quickly to treatments,” Gomez-Gutierrez says.

He also wanted to rejoin his colleagues, Esma Yolcu and Haval Shirwan, who came from Louisville to MU as professors in microbiology and immunology. “I am still learning and will always be learning, so I’m glad to be working again with my mentors.”

Their work advances immunomodulation, which manipulates the body’s immune response to disease. It might mean activating an immune reaction to a tumor. Or sometimes it’s suppressing an immune system, including those that mistakenly attack healthy cells in illnesses like inflammatory bowel diseases.

A second microbe, Lactococcus lactis, is regarded as safe because it’s widely used in the dairy industry to make cheese and yogurt. It is a probiotic, a living microorganism seen to have health benefits. Eating dairy products, for example, is thought to prevent many digestive tract diseases, including colon cancer.

L. lactis also can be genetically engineered to produce proteins that prompt an immune response against a tumor or reduce inflammation in the gut. Gomez-Gutierrez wants to investigate whether a modified version of the bacterium, because it can survive in the digestive tract, can deliver therapies directly to a tumor. L. lactis has great potential to contribute to new treatments, he says, that can be used in clinics at Mizzou and elsewhere. 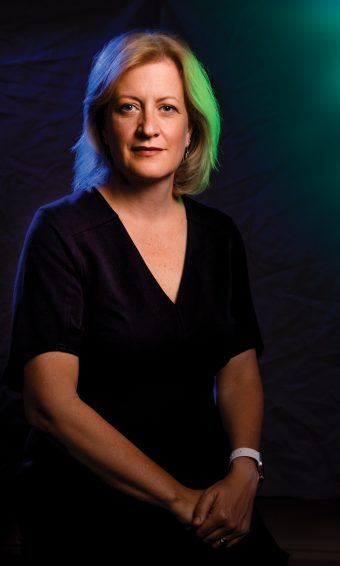 It’s a wild world in street-level medicine. Researchers discover wonderful treatments and drugs for disease, but how they’re used at clinics and doctors’ offices might surprise — even startle — the original investigators. That’s the part of health care that fascinates Gillian Bartlett-Esquilant, professor of family and community medicine.

Bartlett-Esquilant studies how medications get used in the real world. “I study them when they get out into the community, where people do weird and wonderful things with medications,” she says with a chuckle.

Bartlett-Esquilant came to Mizzou last year to help strengthen the School of Medicine’s ability to measure the impact of drugs and treatments, including how they affect various populations — also key goals of NextGen. She’s particularly interested in how drug research has traditionally missed some groups, such as the elderly, underrepresented minorities and women. “Amazingly, women have whole hormonal systems that men don’t have,” she says, and that changes how their bodies process medications. “Some drugs, for example, are highly effective for treating heart disease in men but don’t work as well in women.” Or if more women had been included in a clinical study, a treatment that worked for them might have made it to market.

Recruited from Canada’s elite McGill University, Bartlett-Esquilant also serves as a new associate dean of population health and outcomes research at the School of Medicine. She’s helping beef up the school’s biostatistics unit, which aids scientists as they analyze data for research on new therapies and their impact when deployed.

Bartlett-Esquilant is also helping establish programs to train future researchers to engage more with clinical doctors. She calls it a “practice-based learning system” in which frontline doctors might report how a new treatment works for most men but not Latinos or women. “We need to ensure we’re building a system where there’s better communication,” she says.

A new umbrella doctoral program, for example, will pull together doctoral candidates from different areas of basic sciences as well as medical research and practice. A first-semester course will teach research methods and, more important, help students know one another and develop a common language. “We want to make information flow better,” she says, including between departments where scientists might not understand one another’s work.

The University of Missouri’s investment in NextGen helped draw her to Mizzou. The initiatives in health care research will take three to five years to assemble and mature, Bartlett-Esquilant says, adding that she remains confident they’ll bear fruit. “I wouldn’t have come if I didn’t think we could pull this off.” 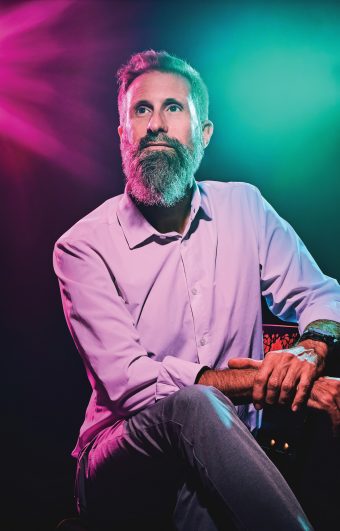 “Precision health” could come across as a vague, imprecise term, but it has clear meaning for Brett Froeliger, a Mizzou researcher looking for addiction’s causes and cures. His studies wrestle with the complexities of the human brain and how it responds to nicotine, opioids, cocaine and other harmful substances.

Froeliger hopes that one day a doctor will be able to draw blood, identify a person’s genetics and know which treatments will help most if they’re struggling with addiction. Getting there involves neuroscience, behavioral science, psychiatry and public health experts working together. It’s the sort of multifaceted effort and cooperation that Mizzou will encourage with the NextGen initiative.

“I think multidisciplinary is where this field is headed,” says Froeliger, a professor of psychiatry. “We need a more comprehensive view not only of how the person is behaving but also of their biology.”

Froeliger came to Mizzou in early 2020 from the Medical University of South Carolina, which, he says, has an admirable commitment to science. But the surrounding region doesn’t have as high an incidence of addiction that, unfortunately, is found across Missouri.

“I was looking for where there’s a population with a high need as well as the capacity for addiction research.”

On arriving at Mizzou, Froeliger established a new facility for studying basic brain processes, disorders and new treatments. The Cognitive Neuroscience Systems Core shares its facilities with researchers across University of Missouri campuses who investigate the brain and behavior in an effort to “improve human health and well-being.”

For Froeliger, the facility offers high-tech equipment, such as a powerful research scanner for magnetic resonance imaging, that helps him understand brain processes. The MRI system generates real-time images of brain structure and function, allowing researchers, for example, to see how substances affect the brain.

Another suite houses gear for transcranial magnetic stimulation (TMS) — an FDA-approved device that enables direct stimulation of neurons to selectively increase or decrease brain function. The treatment works for some patients and disorders, including depression; Froeliger studies its potential for treating addiction. He also investigates how TMS does its thing. “The scientific community has theories, but we still are working to understand how exactly it works,” he says.

His lab also includes PCs and offices for cognitive and behavioral testing because, of course, addiction also involves a person’s environment and choices.

Ultimately, the goal is to change behavior. Still, “It’s my scientific worldview that it is our biology that drives our behavior,” Froeliger says. “To understand behavior, we have to get a better sense of the neurobiology that guides it.”