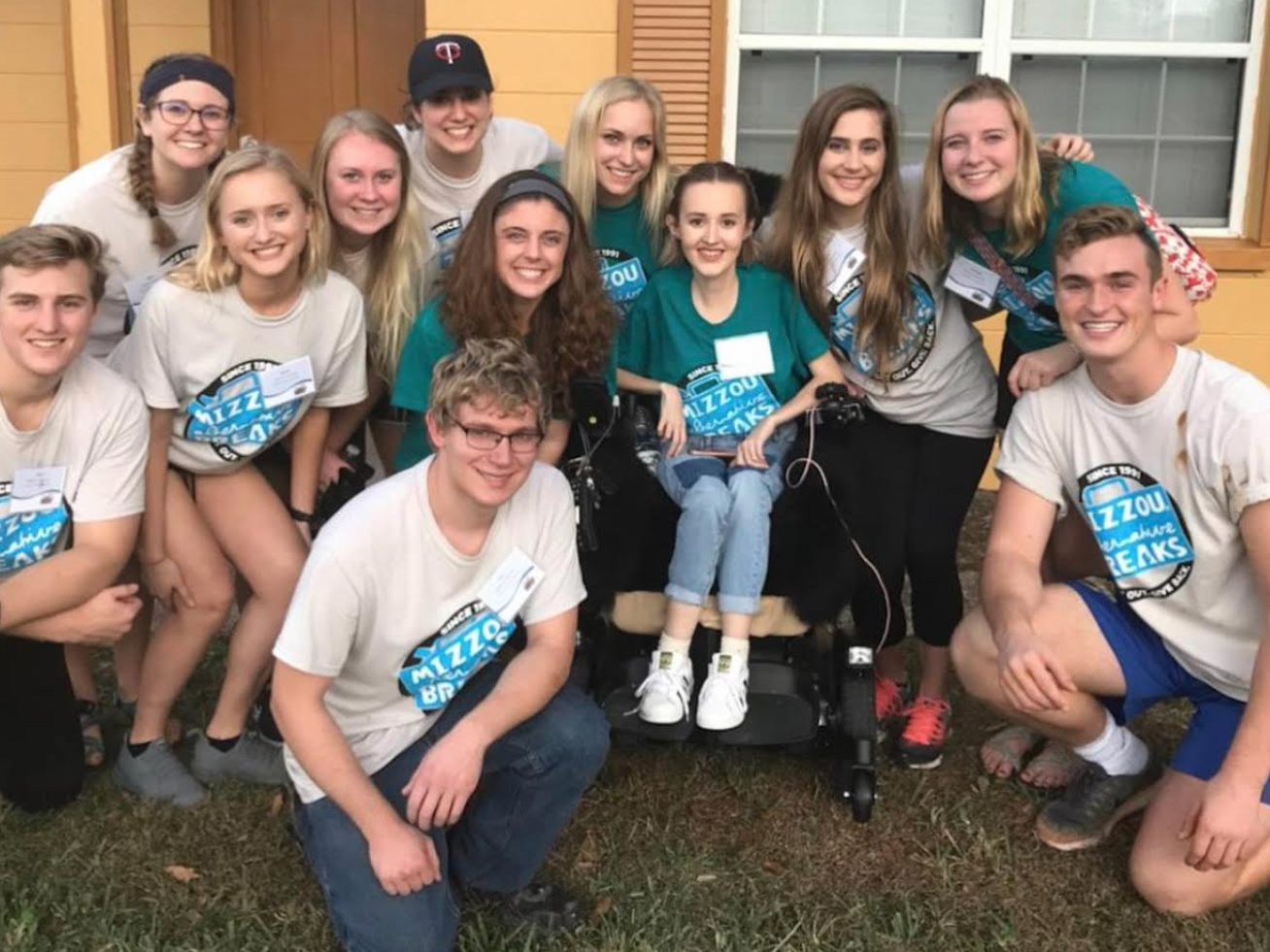 When Madison Lawson was a junior at the University of Missouri, she decided to join the more than 1,000 Tigers each year who go on a Mizzou Alternative Break (MAB) service trip.

Lawson, who graduated in 2019 with a degree in convergence journalism and is a wheelchair user, applied to participate in MAB and began organizing necessary accommodations. Since MAB service experiences are entirely student funded, Lawson learned that her group would have to cover the additional costs of resources like a wheelchair accessible vehicle. It was a challenge that almost kept her at home.

Despite her initial reservations, Lawson and her fellow volunteers were able to raise the money for their trip to Noah’s Landing in Lakeland, Florida, a supported-living community for people with developmental disabilities. For one week they helped with housing projects while also spending time with the community’s residents.

Though Lawson said she enjoyed the experience, she wished there had been resources available to make participation easier. “Everyone has hesitations before getting in a van with a bunch of strangers and going somewhere,” said Lawson. “But for me, I was worried if I was asking too much … But that’s something I shouldn’t have had to think about.” 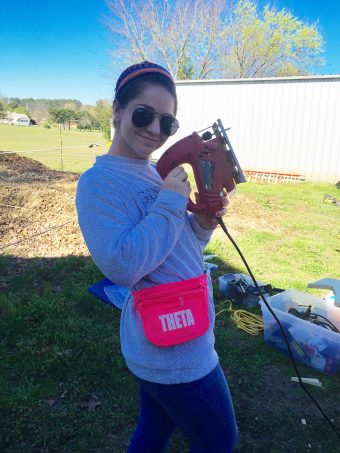 Lillie Heigl, a 2018 graduate with degrees in journalism and international studies, is a close friend of Lawson and a four-time MAB alumna. Though several years out of Mizzou, Heigl was looking for a way to stay connected to campus and MAB. Remembering the challenges Lawson had faced, Heigl — who is now studying disability law and policy — had an idea while sitting in her apartment between classes. “I texted two friends and said I wanted to create an MAB scholarship to make trips more accessible for students with disabilities,” she said.

Heigl quickly shared the idea on Facebook, where more than 30 alumni said they’d be willing to contribute. She also had an idea to name the fund in honor of Lawson’s trailblazing status as the first student using a wheelchair to participate in an MAB trip.

In addition to being the fund’s namesake, Lawson had input on its development and said she’s hopeful it can eliminate barriers for students who want to participate in MAB. “There’s been a lot of missed service,” she said. “So it makes me feel good to know that won’t be an issue again.”

In November 2020, MAB formally launched the Madison Lawson MAB Accessibility Fund. Students who need accommodations such as accessible transportation, interpreters or other assistance, can apply for the scholarship, which helps offset some of the additional personal or trip expenses. 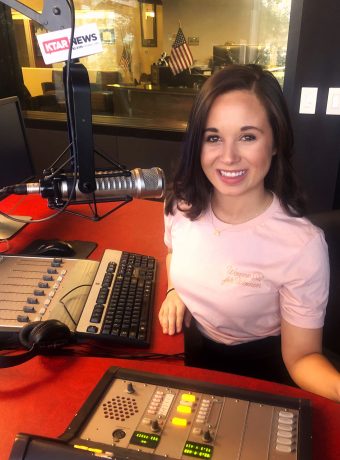 The fund is supported through small, recurring donations that are designed to meet the tight budgets of recent graduates. “I’m still in grad school and my friends are in first jobs, so I get overwhelmed when asked to give a lot of money,” said Heigl. “But $5 a month? I can give that up and I don’t notice it.”

Taylor Kinnerup, a 2017 graduate with a degree in broadcast journalism and four-time MAB alumna was one of the people initially contacted by Heigl to help make her idea a reality. Kinnerup said the fund is an extension of the lessons she learned as a volunteer. “MAB opened up my mind to what it means to be truly inclusive,” Kinnerup said. “This scholarship is a localized way for us to have an impact on a program that has had such a large impact on all of us individually.”

Together with fellow MAB alum Molly Anderson, Heigl and Kinnerup pitched the idea to Sarah Rielley, coordinator for MAB, who then formally established the fund in just a few weeks. Rielley said the fund will hopefully reduce involvement barriers for students with disabilities. “We want students to know there is accessibility within involvement the same way there is within classes,” Rielley said. “This fund provides an outlet of support.”

To date, the fund has already raised more than $1,800 for student accessibility.

Lawson is now a disabilities advocate in the beauty and fashion industries who has worked with national brands including Sephora and Vogue. Though she’s no longer at Mizzou, she’s glad the scholarship that bears her name will continue to help students. “Students with disabilities have so much to give and so much they can do to serve,” she said.

To contribute to the Madison Lawson MAB Accessibility Fund, visit the fund’s page on Mizzou Give Direct. Students interested in applying for the fund may do so after applying to be a participant or site leader with MAB. For questions regarding MAB accommodations or to request accommodations related to disability, contact Sarah Edwards Rielley: edwardssar@missouri.edu.