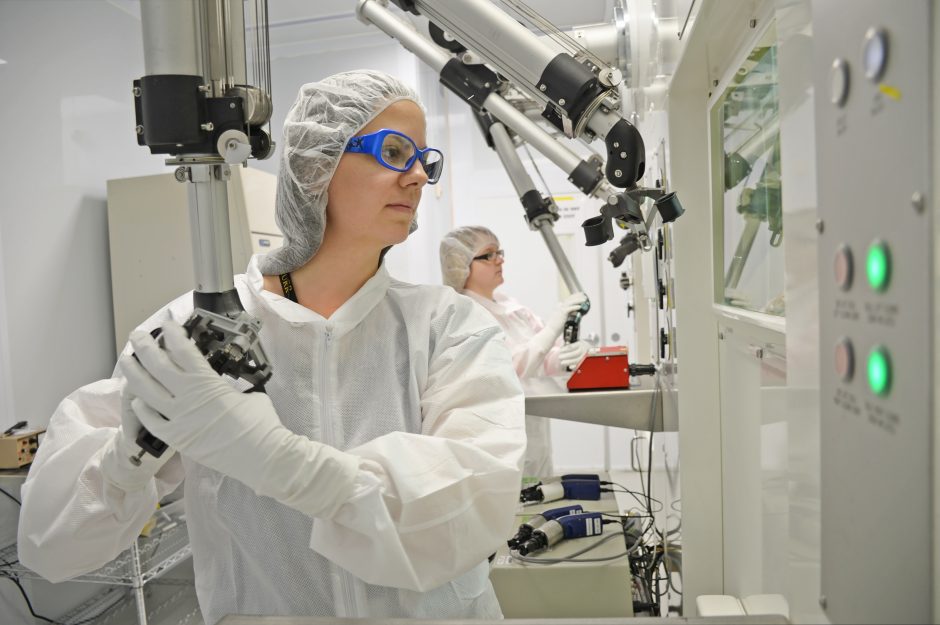 After more than 50 years supporting research and industry as the most powerful university research reactor in the country, the University of Missouri Research Reactor (MURR) is still making waves.

The reactor, now in its 55th year of operation, was recently a part of two major milestones in the development of cutting-edge cancer therapies. Therasphere, a groundbreaking form of treatment for a certain type of liver cancer that was invented and patented by both MU and Missouri University of Science and Technology, has now received FDA approval, enabling its use on patients around the country.

“For 20 years, this treatment has been available as a ‘humanitarian exemption,’ which meant it had to go through an institutional review process at any hospital that wanted to use it,” said J. David Robertson, the executive director of MURR. “Now that it’s received FDA approval, far more people in need will be able to experience its benefits.” 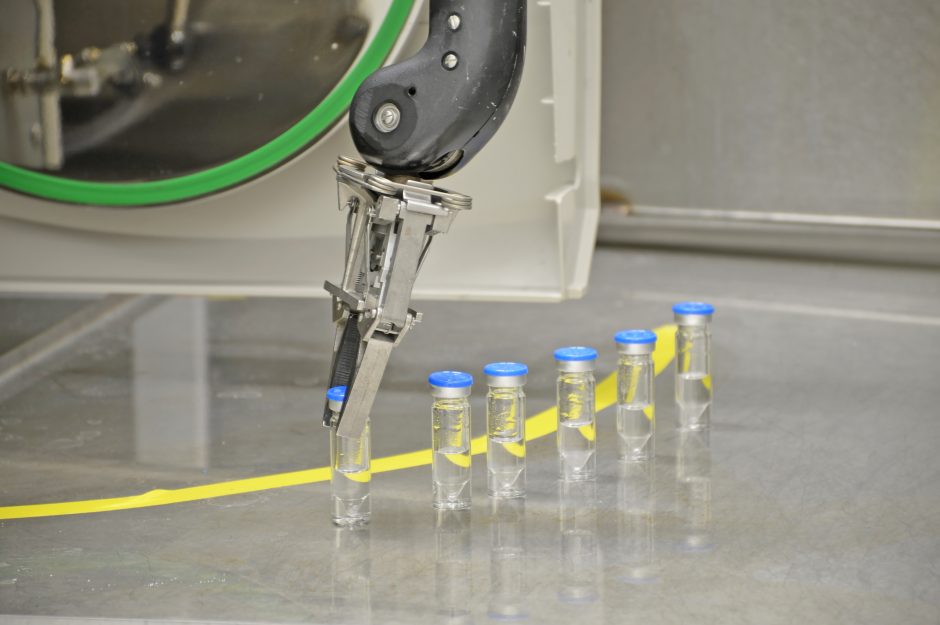 MURR’s production of lutetium-177 (Lu-177) is an important ingredient in Lutathera®, a treatment for cancerous tumors of the pancreas and gastrointestinal tract.

Theraspheres are small, glass microspheres the size of a human hair. After being irradiated at MURR with Yttrium-90 (Y-90), a radioisotope, the spheres are injected into capillaries of a type of cancerous tumor known as hepatocellular carcinoma. The resulting radiation in the blood vessels surrounding the tumor attacks the cancer while minimizing the impact on healthy tissue.

As the sole irradiator of these spheres, MURR plays a crucial role in the production of the treatment. The radiology service at the University of Missouri Veterinary Health Center, a part of the MU College of Veterinary Medicine, was instrumental in the initial development of Therasphere, and helped expand its clinical use within veterinary medicine.

Another milestone came recently in the form of a successful Phase III study for a new prostate cancer treatment, 177Lu-PSMA-617. The treatment benefits from MURR’s production of lutetium-177 (Lu-177), a radioisotope that is also an important ingredient in Lutathera®, a treatment for cancerous tumors of the pancreas and gastrointestinal tract. The FDA recently granted priority review to the new drug application for 177Lu-PSMA-617. 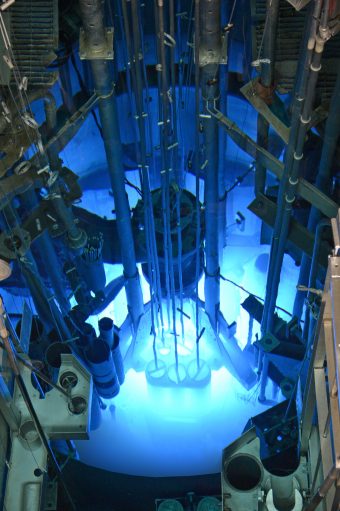 The University of Missouri Research Reactor is the highest-powered university research reactor in the country.

These achievements are just the latest highlights from MURR, which has served for more than half a century as an epicenter for two of MU’s missions: research and community impact.

The nuclear research reactor began operations in 1966, next door to what was, at the time, MU’s contribution to the space race — the state-of-the-art Space Sciences Research Center, now the Dalton Cardiovascular Research Center. MURR’s sophistication and nearly nonstop operating schedule — 6.5 days a week, 52 weeks a year — has enabled a wide range of research in the fields of chemistry, anthropology, cancer studies and more. From determining the source of ancient artifacts to characterizing new magnetic materials, MURR functions as an interdisciplinary haven for scientists all around MU’s campus.

Furthermore, industry partners depend on MURR for the production and irradiation of radioisotopes like Lu-177 and Y-90, which are critical ingredients in diagnostic tools and life-saving therapies for various forms of cancer. Since MURR is the only reactor in the world that operates 52 weeks out of the year, MURR is appealing to pharmaceutical partners due to its ability to deliver a reliable supply of radioisotopes without delays.

Josh Mailman, who was diagnosed in 2007 with a rare form of cancer known as a neuroendocrine tumor, knows firsthand how these radioisotopes can change lives. Mailman was invited to visit MURR in 2019 to speak with reactor staff about the importance of their work. As part of his continuing care, Mailman’s treatments have included the use of Lu-177 and Y-90, and the visit to MURR has given him an appreciation for the importance of a reliable supply chain for the radioisotopes that make certain treatments possible.

“MURR’s domestic production of Lu-177 has helped alleviate the issues and delays caused by bringing it in from overseas,” Mailman said. “Producing a radioisotope, labeling it and delivering adds a lot of complexity to the process of treating a patient, so having a domestic supply cuts off the challenge of moving it a long distance and clearing it through customs.” 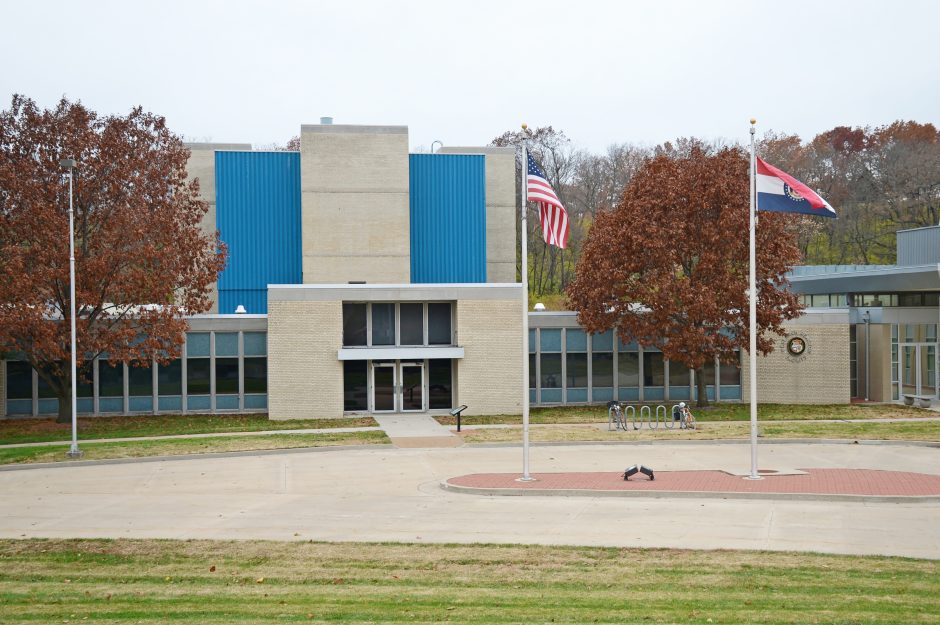 MURR was built on a former polo field nestled against a tree-covered limestone ridge in what is now the University of Missouri’s research park.

Standing over the reactor core at MURR and gazing at the reactor’s signature blue-tinged water left a lasting impression with Mailman, and he jumped at the opportunity to tell nearly 100 reactor employees what their work has meant to him and other patients undergoing cancer treatment.

“Beforehand, I asked other patients what I should tell the people who work at MURR, and overwhelmingly, they said I should make sure to let the staff know how important it is to have such life-extending treatments available to them,” Mailman said. “Patients are aware of how important the supply chain of these radioisotopes is for their treatment, and they recognize MURR’s role in that process.”