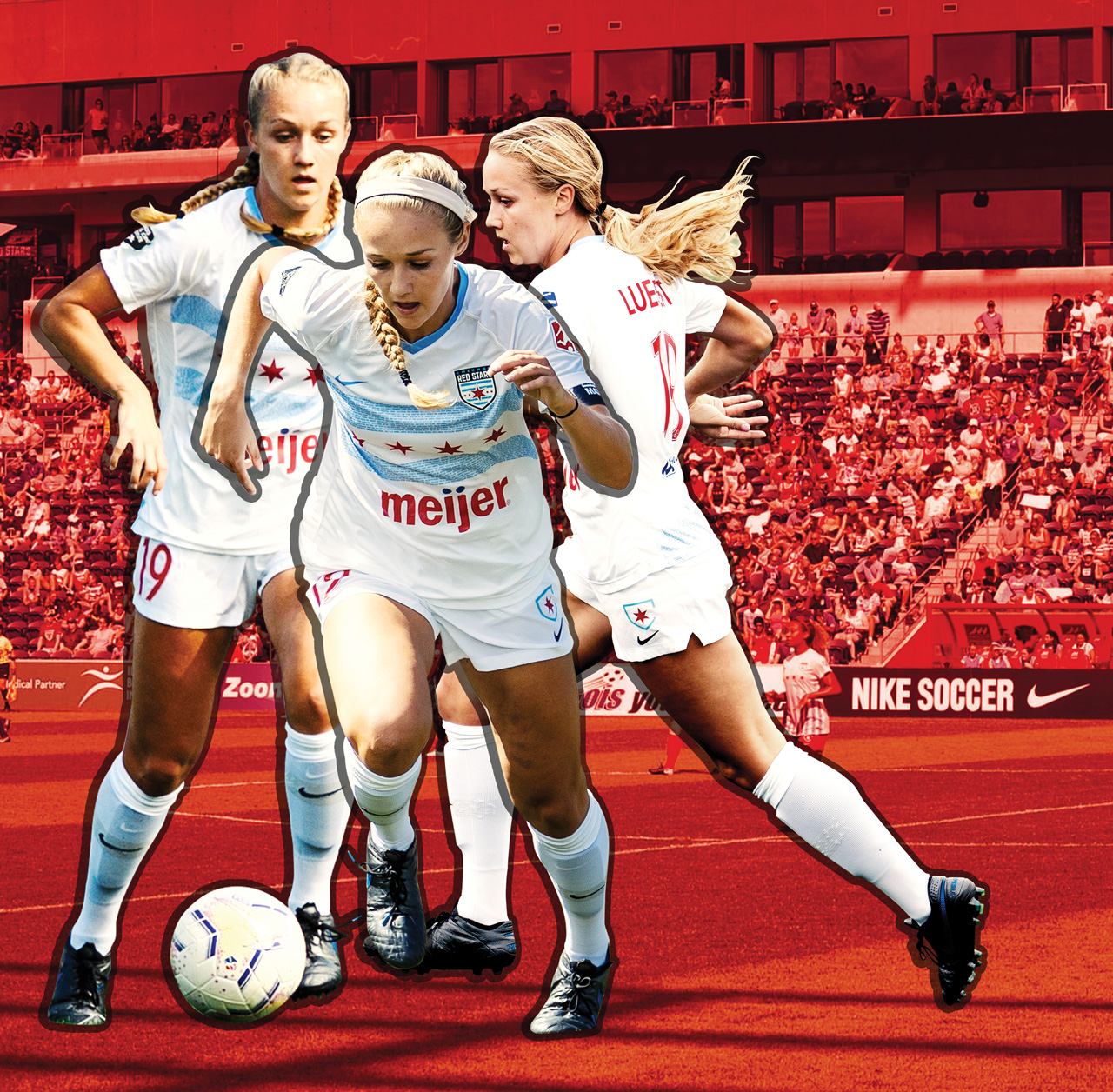 When Sarah Luebbert was deciding where she’d play college soccer, there were plenty of reasons for her to choose MU. She was born and raised in Jefferson City, and it would be easy for her family to make the 30-minute trip to Columbia for games. As a kid, Luebbert, BS ’20, had attended soccer camps on campus. Also, Mizzou is a Division I NCAA program that regularly faces top competition, both from within the Southeastern Conference (SEC) and without. And if Luebbert aspired to play professionally, she knew that the Tigers had quietly become a pipeline by which alumnae moved on to pro leagues all over the world.

But while all of those things factored into Luebbert’s decision, the clincher was something less tangible, a feeling she got from Coach Bryan Blitz. “He was straightforward, not a salesman telling me that everything would be perfect or even easy,” Luebbert says. “He made it clear that we were a blue-collar team that was going to outwork our opponents. From that point, I knew I wanted to help the team.”

“Blue-collar” is precisely the term that Blitz uses to describe what drew him to Luebbert as a recruit. It’s the same descriptor the coach gives to his ethos at Mizzou. And that mentality is also one of the reasons both Blitz and Luebbert give for the remarkable success of what are now six former Tigers playing professionally either in the U.S., Europe or the Middle East.

The yeoman’s approach to the game is, in many ways, the foundation of Mizzou women’s soccer. When Blitz arrived to help start the program in 1995, the former college player turned coach immediately saw that he was going to have to find overachievers. And after announcing his retirement this spring, Blitz leaves a program built on that work ethic. “We’re not one of the major programs that attract blue-chip talent like Duke or Stanford,” Blitz says. “We don’t live in sunny Florida. We’re looking for local players from St. Louis, Kansas City and mid-Missouri who are smart, have heart and who are grinders.”

By the time Luebbert arrived in 2016, little had changed. Blitz didn’t implement complex formations but rather focused on effort and hustle. Blitz had team managers keep track of the percentage of head balls, second balls and third balls that his players won, and he chided them if that number wasn’t high enough. “He tried to make it very simple,” says Luebbert. “It doesn’t matter what formation you’re in, just make simple crosses and goals. You just had to play soccer.”

But you had to play hard. As it turned out, Luebbert’s career was a perfect example of how this intense, uncomplicated approach prepared Blitz’s players for life after Mizzou — whether it involved professional soccer or not. As a freshman, she erupted onto the scene, leading a senior-laden team in scoring, winning SEC Freshman of the Year and being invited to participate in two U.S. under-23 women’s national team training camps. However, when she returned for her sophomore year, opponents were double- and triple-teaming her. It was the Mizzou mindset and Luebbert’s natural perseverance that enabled her to battle through. “She worked extra hard,” says Blitz. “She came early. There were times I’d have to kick her off the field.”

Like Blitz and his program, Luebbert also learned to work with what she was given. If two or three defenders were on her, that meant teammates were open, and she added assists to her game. She ended her career at Mizzou as First-Team All-SEC with a body of work and skill set that earned her a place on the roster of the Chicago Red Stars of the National Women’s Soccer League. “She was drafted by the perfect fit,” says Blitz. “Even in the pro game, you can see teams that emphasize hard work. Chicago is a very blue-collar team.”

A Streak of Tigers

Kelsey Dossey, BA ’18, goalkeeper, RCD Espanyol Femenino (Spain): One of the most decorated goalkeepers in Mizzou history, this Indianapolis native jumped from the U.S. Women’s Premier Soccer League to pro ball in Spain, where her launch was delayed by COVID-19.

Domi Richardson, BHS ’14, defender, Sky Blue FC (New Jersey): After leaving Mizzou, Richardson made the Houston Dash of the National Women’s Soccer League only to be released after playing in two games. She signed with FC Kansas City but never appeared in a game. Then, in 2016, she caught on with Sky Blue FC and has been a fixture ever since.

Zoe Cross, BGS ’20, midfielder, Lewes FC (England): The UK native came to Columbia in 2017 and met with a concussion and a torn knee. After her redshirt junior season was cut short by COVID-19, she returned to England, where she turned pro.