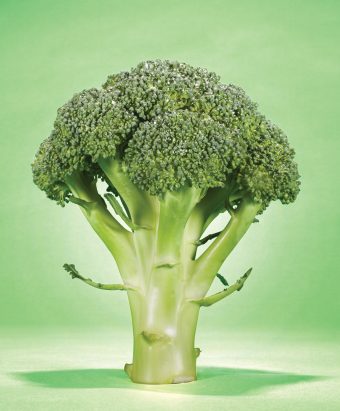 You won’t find broccoli growing in the wild. Same with cabbage, collard greens, kale and Brussels sprouts. Human breeders developed the vegetables from a common ancestor, a wild mustard plant. Now, Mizzou scientists have found a different wild cousin that might help toughen up those domesticated crops.

“When we know the wild relatives, we can learn how they survive and adopt those traits with breeding or new technology,” says Makenzie Mabry, PhD ’20, a principal author of a cover story in Molecular Biology and Evolution. She worked alongside her adviser, former MU biology professor J. Chris Pires.

The vegetables that we find on grocery shelves are cultivars, or man-made subspecies of Brassica oleracea, whose family includes a number of wild and feral members. Mabry analyzed the DNA from plants collected worldwide to identify the closest wild relative to the crops: Brassica cretica, a skinny plant largely found on Greek islands.

Significant is the finding of feral cousins, having originally branched off a cultivated subspecies of B. oleracea. “These are populations of plants that descended from the crop itself but escaped and adapted,” Mabry says. That would make it easier to move desired traits such as drought resistance from the wild to the domesticated cousins.

Mabry worked with nonbiologists to find other evidence the plant was an ancestor of modern crops. Literary experts, for example, found ancient references to confirm B. oleracea emerged from the same region where she found its wild relative. The earliest references to the family appear to be of cabbage, first mentioned in ancient Greece, including recipes mentioned by Hippocrates in his Nature of Women.