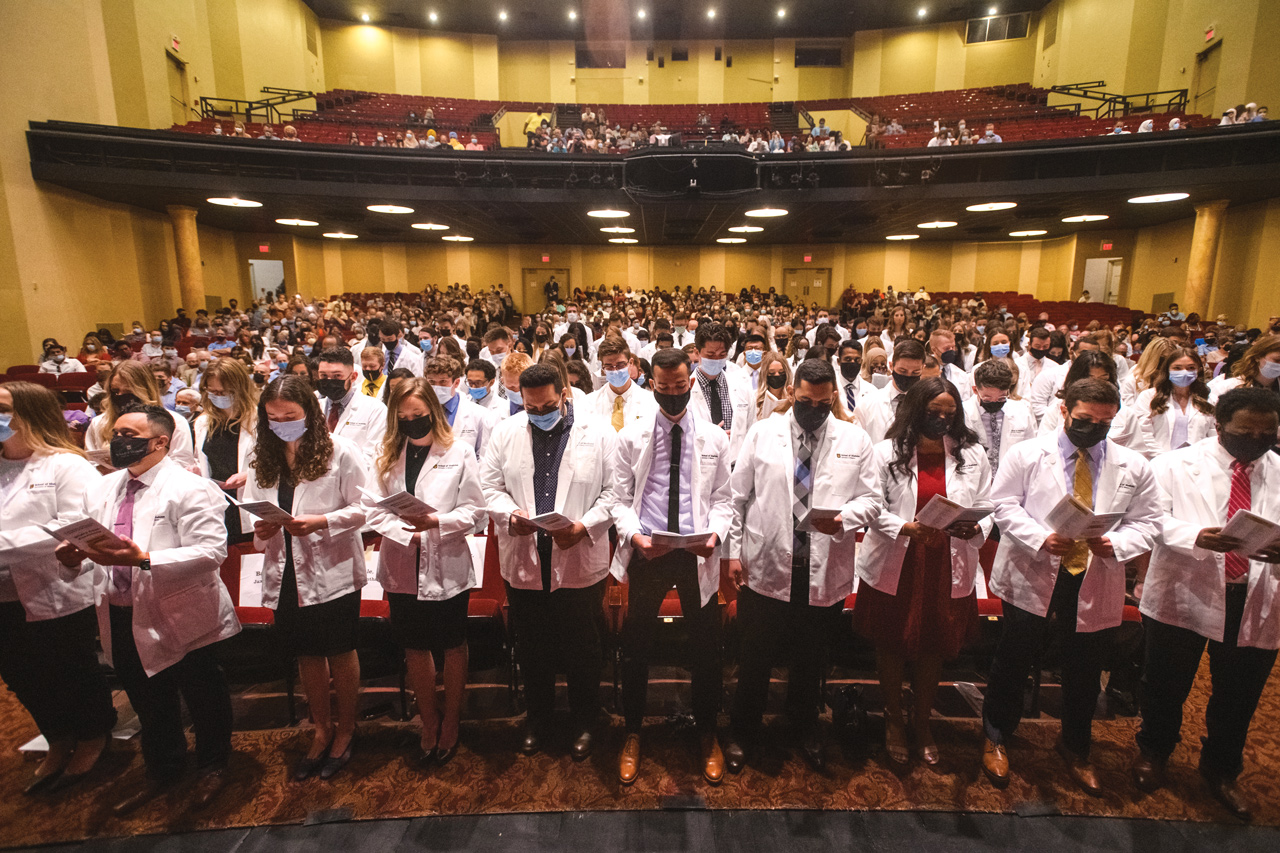 The University of Missouri School of Medicine White Coat Ceremony for the Class of 2025 at Jesse Auditorium. Photo by Justin Kelley

Last summer, the School of Medicine welcomed 128 students, selected from more than 3,000 applicants, at the school’s annual White Coat Ceremony. The new coats of the freshly minted medical students gathered at Jesse Hall may have been homogenous, but the makeup of the class of 2025 itself is anything but.

This crop of students is the most academically accomplished and diverse in the school’s 150-year history. They boast excellent average total GPA (3.81) and average MCAT (509) scores. Of the incoming students, who range from 21 to 42 years of age, 42% self-identify as an ethnic minority. Twenty percent self-identify as belonging to a racial or ethnic population that is underrepresented in medicine, including Black/African Americans, Hispanics/Latinos, Pacific Islanders, Native Americans and mainland Puerto Ricans. Twenty-six percent are from socioeconomically disadvantaged backgrounds, and 20% are from rural areas. Most (88%) members of the class are from Missouri, with the rest hailing from 10 other states.

The White Coat Ceremony is a nationwide rite of passage that has been held at Mizzou since 1997. The ceremony first took place at Columbia University, where a professor said the iconic garment is meant to symbolize a “cloak of compassion.” Each MU-branded coat is paid for by gifts from alumni and friends of the MU School of Medicine through the White Coat and Stethoscope Program. This year alone, donations added up to nearly $40,000. Through nine years of giving, the program has raised almost $130,000 to provide coats and stethoscopes to incoming classes.