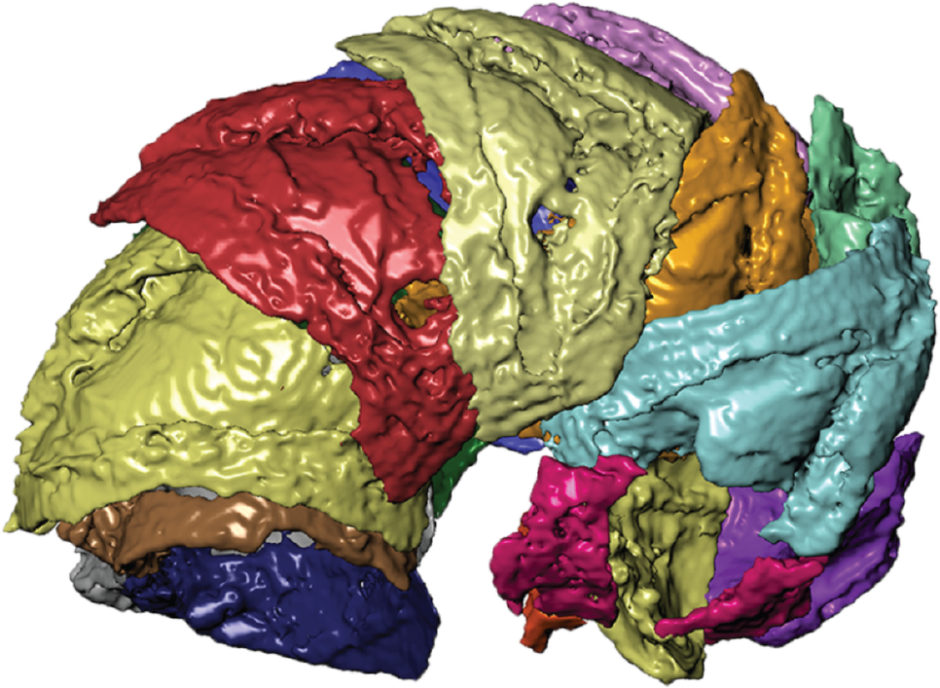 An international team of scientists from the United States and Australia, led by Sarah Jacquet at the University of Missouri, has documented the discovery of two new species of fossilized armored worms in Australia — Lepidocoleus caliburnus and Lepidocoleus shurikenus — dating from about 400 million years ago. Then, using the micro-CT imaging capabilities of the MU X-ray Microanalysis Core facility, the researchers were able to develop first-of-its-kind digital 3D models of the species’ individual armor plates by virtually examining the armored skeletons of these ancient worms, called machaeridians.

Jacquet, an assistant professor of geological sciences in the MU College of Arts and Science, believes this study offers a new way for scientists to investigate how different biological armored systems worked throughout the fossil record.

“By using micro-CT, we can virtually separate the individual components of the armor,” Jacquet said. “That allows us to see how it protected these worms until, unfortunately, they went extinct during one of the major extinction events in the fossil record. We are able to manipulate the virtual models to determine how the individual armor pieces moved relative to each other, as well as determine the degree of overlap between them.”

At the time of their existence, these worms were likely living near coral reefs in shallow water on what is now land in Australia. The study identified these worms to have two overlapping armor systems — one going down the length of the organism’s skeleton, and the other down both sides of the worm. While no direct correlations have been made yet between these worms and any modern species, Jacquet believes her study can deepen our understanding of convergent evolution.

“Convergent evolution is where different and unrelated groups adapt similar features,” Jacquet said. “While this armor is a rather unique adaptation, and one that clearly does well for particular environments and protecting against particular predators, we do see other similar adaptations in a couple of unrelated animal groups, such as pangolins, pill bugs and millipedes.”

Jacquet said Lepidocoleus caliburnus is named after the famous sword “Excalibur” from the Arthurian legend, and Lepidocoleus shurikenus is named for its resemblance to the outline of shuriken, the Japanese word for throwing stars. She said future plans for this work include using virtual models to study how these armor systems fared against different types of stressors, such as under a predator attack.

“Sclerite assembly, articulation and protective system of Lower Devonian machaeridians,” was published in Papers in Paleontology. Other authors include Tara Selly and Jim Schiffbauer at MU, and Glenn Brock, who has dual appointments at Macquarie University in Australia and Northwest University in China.

Funding was provided by grants from the National Science Foundation (EAR CAREER-1652351 and EAR/IF-1636643) and internal research development grants from Macquarie University. The content is solely the responsibility of the authors and does not necessarily represent the official views of the funding agencies.