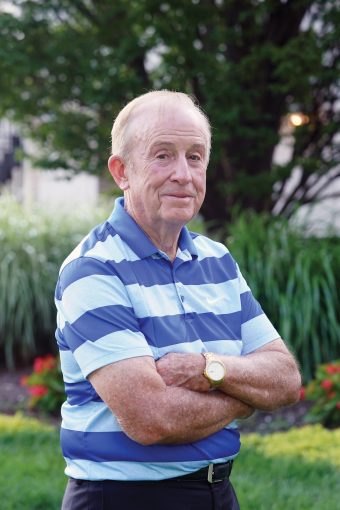 The cost of autism treatment is a strain on many families. According to the Centers for Disease Control and Prevention, it costs $17,000 more a year to care for a child with autism spectrum disorder compared to a child without autism. For many years, families in Missouri were forced to pay out of pocket for an important treatment service known as applied behavior analysis because insurers refused to cover it.

But in 2006, Ron Ashworth, BS BA ’67, MA ’68, joined the advisory board for the Thompson Center for Autism and Neurodevelopmental Disorders at the University of Missouri. A retired president and chief executive officer of Mercy Health System in St. Louis, Ashworth was subsequently appointed to a Blue Ribbon Panel on Autism created by the state of Missouri. “We heard from health care clinicians, but we also heard from parents and families about the impact that autism had on their lives, which was significant,” Ashworth says. The task force’s report urged the state to require private insurance companies to cover applied behavior analysis for those on the autism spectrum.

No stranger to insurance companies, Ashworth took the lead in pressing for necessary legislation. “Ron is just one of those people who, as soon as you explain a scenario or a complex situation, he’s digesting it and coming up with an action plan,” says Abby Powell, an administrator at the Thompson Center. After two years of research, hearings and testimony, a bill passed in 2010 making Missouri the 21st state to require insurance coverage for applied behavior analysis, Ashworth says.

Keeping up with the demand for services is the new challenge. As chair of the board of the Thompson Foundation for Autism, Ashworth has helped develop a business plan to ensure the center can recruit experts to see more patients faster and reduce wait lists. A $1 million donation from founders Bill, BS CiE ’68, and Nancy Thompson, HES ’67, to establish the Ron Ashworth Endowed Professorship in Child Development will further allow the center to attract world-class clinician-scientists.

“There’s more work that needs to be done,” says Ashworth, who also serves on the MU Health Care Advisory Board and was recently honored with an Attorney General Honors Award. “And I’ve got too much impatience, too much energy to sit too much.”