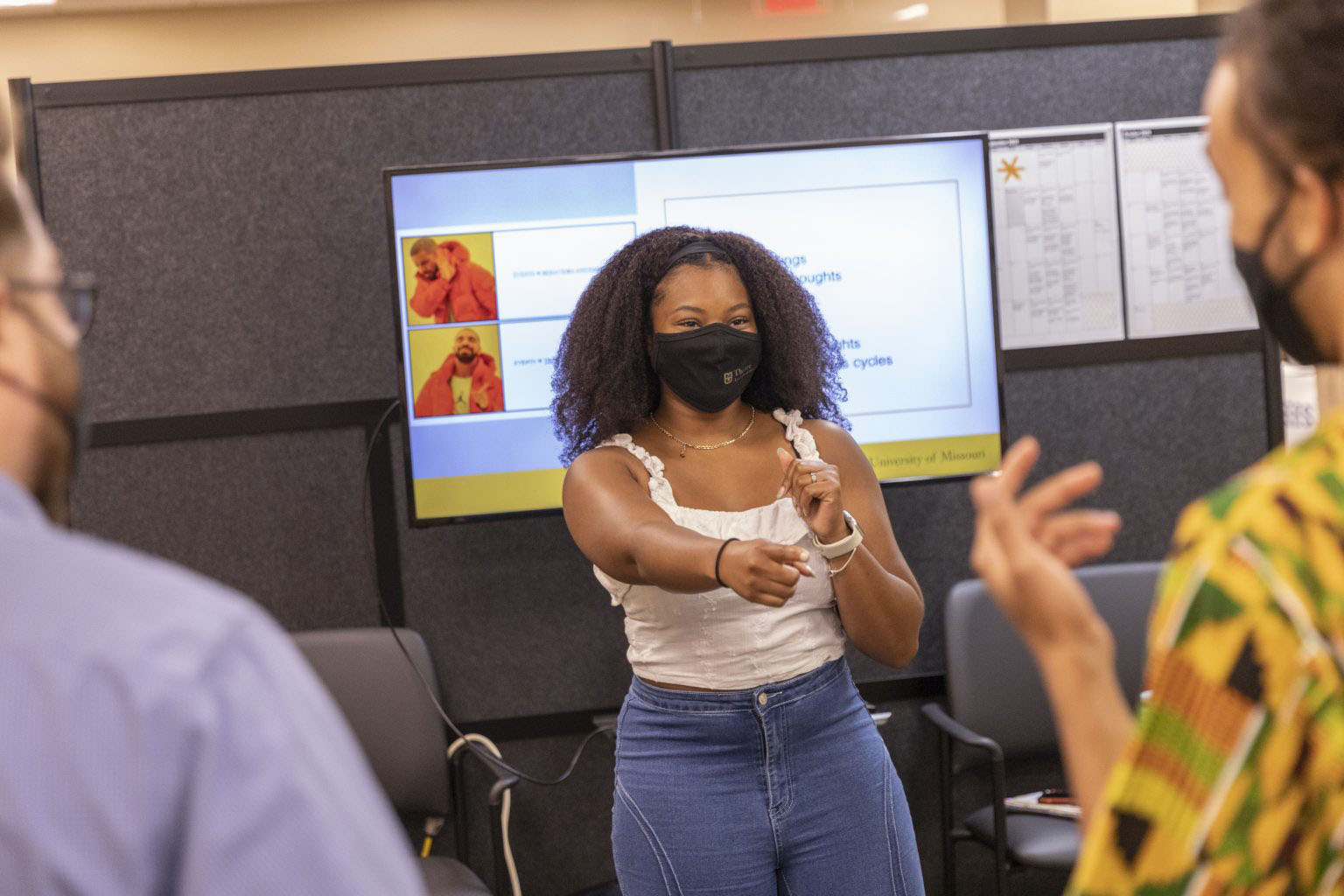 On a Friday afternoon, Chuck Burgess, Dacia Slater and three of Slater’s friends found themselves in the Wellness Resource Center reaching their hands to the ceiling and shouting, “purple fudge!”

Burgess, a staff psychologist at the MU Counseling Center, and Slater, a senior theatre and social work double major, were running through their workshop, “Acting Confident.” The program helps people manage anxiety through a combination of cognitive behavior therapy (CBT) and improv theatre exercises.

“People should expect to be a little bit uncomfortable because we are talking about social anxiety, and that is not something people usually like to talk about,” Slater said. “They should also expect to laugh and get to know people … You get to be silly and nobody can judge you.”

During the run-through, Slater led an improv exercise called “purple fudge.” A volunteer acts out a situation that gives them anxiety. If the volunteer hits a point in the scenario where they tend to be the most anxious, someone can call out, “purple fudge,” at which point the person can put themselves in the scene and show what they would usually do or an idea that they might have.

“Practicing the situations that bring people social anxiety helps with that anxiety,” Slater said. “When they get to those situations in real life, they’ll have the tools to move forward.”

The goal is to teach people to recognize and challenge their own thoughts.

“We can’t just turn our emotions off,” he adds, but through CBT, “We can learn how to engage with our thoughts differently,” Burgess said. “By becoming more aware of why certain thoughts make us feel anxious, people can identify ways to reduce anxiety.”

Slater said she hopes people find a benefit in the power of theatre in healing — especially when it comes to mental health.

“We tend to overthink, and that’s what causes the social anxiety,” Slater said. “Improv is just the art of trying to think of things on the fly and go with it.”