Many scientists consider the “Cambrian explosion” — which occurred about 530-540 million years ago — as the first major appearance of many of the world’s animal groups in the fossil record. Like adding pieces to a giant jigsaw puzzle, each discovery dating from this time period has added another piece to the evolutionary map of modern animals. Now, researchers at the University of Missouri have found a rare, 500-million-year-old “worm-like” fossil called a palaeoscolecid, which is an uncommon fossil group in North America. The researchers believe this find, from an area in western Utah, can help scientists better understand how diverse the Earth’s animals were during the Cambrian explosion.

Jim Schiffbauer, an associate professor of geological sciences in the MU College of Arts and Science and one of the study’s co-authors, said that while this fossil has the same anatomical organization as modern worms, it doesn’t exactly match with anything we see on modern Earth.

“This group of animals are extinct, so we don’t see them, or any modern relatives, on the planet today,” Schiffbauer said. “We tend to call them ‘worm-like’ because it’s hard to say that they perfectly fit with annelids, priapulids, or any other types of organism on the planet today that we would generally call a “worm.” But palaeoscolecids have the same general body plan, which in the history of life has been an incredibly successful body plan. So, this is a pretty cool addition because it expands the number of worm-like things that we know about from 500 million years ago in North America and adds to our global occurrences and diversity of the palaeoscolecids.” 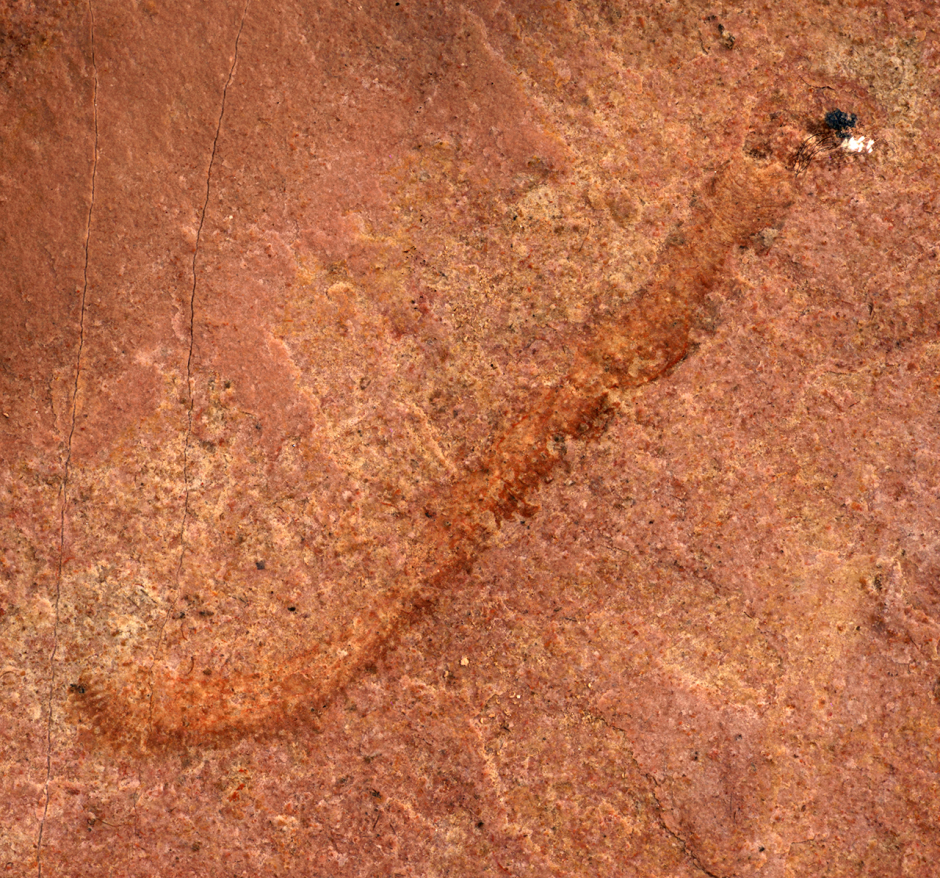 Researchers at the University of Missouri have found a rare, 500-million-year-old “worm-like” fossil called a palaeoscolecid, which is an uncommon fossil group in North America.

At the time, this palaeoscolecid was likely living on an ocean floor, said Wade Leibach, an MU graduate teaching assistant in the College of Arts and Science, and lead author on the study.

“It is the first known palaeoscolecid discovery in a certain rock formation — the Marjum Formation of western Utah — and that’s important because this represents one of only a few palaeoscolecid taxa in North America,” Leibach said. “Other examples of this type of fossil have been previously found in much higher abundance on other continents, such as Asia, so we believe this find can help us better understand how we view prehistoric environments and ecologies, such as why different types of organisms are underrepresented or overrepresented in the fossil record. So, this discovery can be viewed from not only the perspective of its significance in North American paleontology, but also broader trends in evolution, paleogeography and paleoecology.”

Leibach, who switched his major from biology to geology after volunteering to work with the invertebrate paleontology collections at the University of Kansas, began this project as an undergraduate student by analyzing a box of about a dozen fossils in the collections of the KU Biodiversity Institute. Initially, Leibach and one of his co-authors, Anna Whitaker, who was a graduate student at KU at the time and now is at the University of Toronto-Mississauga, analyzed each fossil using a light microscope, which identified at least one of the fossils to be a palaeoscolecid.

Leibach worked with Julien Kimmig, who was at the KU Biodiversity Institute at the time and is now at Penn State University, to determine that, in order to be able to confirm their initial findings, he would need the help of additional analyses provided by sophisticated microscopy equipment located at the MU X-ray Microanalysis Core, which is directed by Schiffbauer. Using the core facility at MU, Leibach focused his analysis on the indentations left in the fossil by the ancient animal’s microscopic plates, which are characteristic of the palaeoscolecids. 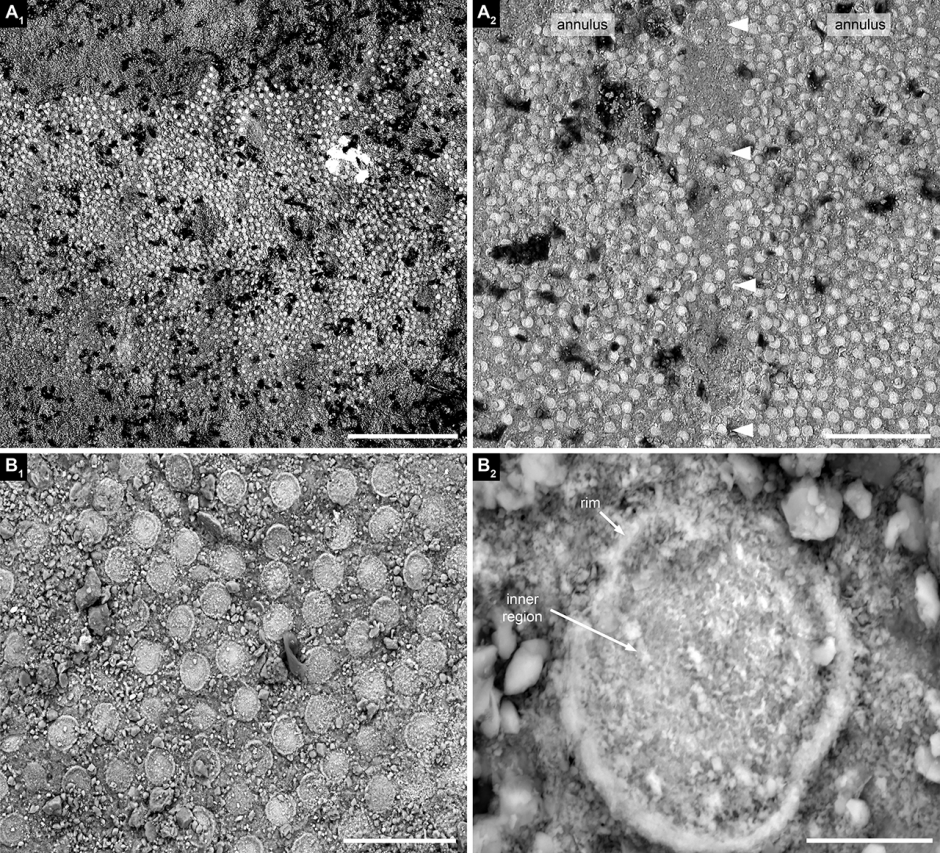 Images of the fossil's microscopic plates from an scanning electron microscope.

“These very small mineralized plates are usually nanometers-to-micrometers in size, so we needed the assistance of the equipment in Dr. Schiffbauer’s lab to be able to study them in detail because their size, orientation and distribution is how we classify the organism to the genus and species levels,” Leibach said.

Leibach said the team found a couple reasons about why this particular fossil may be found in limited quantities in North America as compared to other parts of the world. They are:

The new taxon is named Arrakiscolex aasei after the fictional planet Arrakis in the novel “Dune” by Frank Herbert, which is inhabited by a species of armored worm and the collector of the specimens Arvid Aase.

The study, “First palaeoscolecid from the Cambrian (Miaolingian, Drumian) Marjum Formation of western Utah,” was published in Acta Palaeontologica Polonica, an international quarterly journal which publishes papers from all areas of paleontology. Funding was provided by a National Science Foundation CAREER grant (1652351), a National Science Foundation Earth Sciences Instrumentation and Facilities grant (1636643), a University of Kansas Undergraduate Research grant, a student research grant provided by the South-Central Section of the Geological Society of America, and the J. Ortega-Hernández Laboratory for Invertebrate Palaeobiology at Harvard University. The study’s authors would like to thank Arvid Aase and Thomas T. Johnson for donating the specimens analyzed in the study.