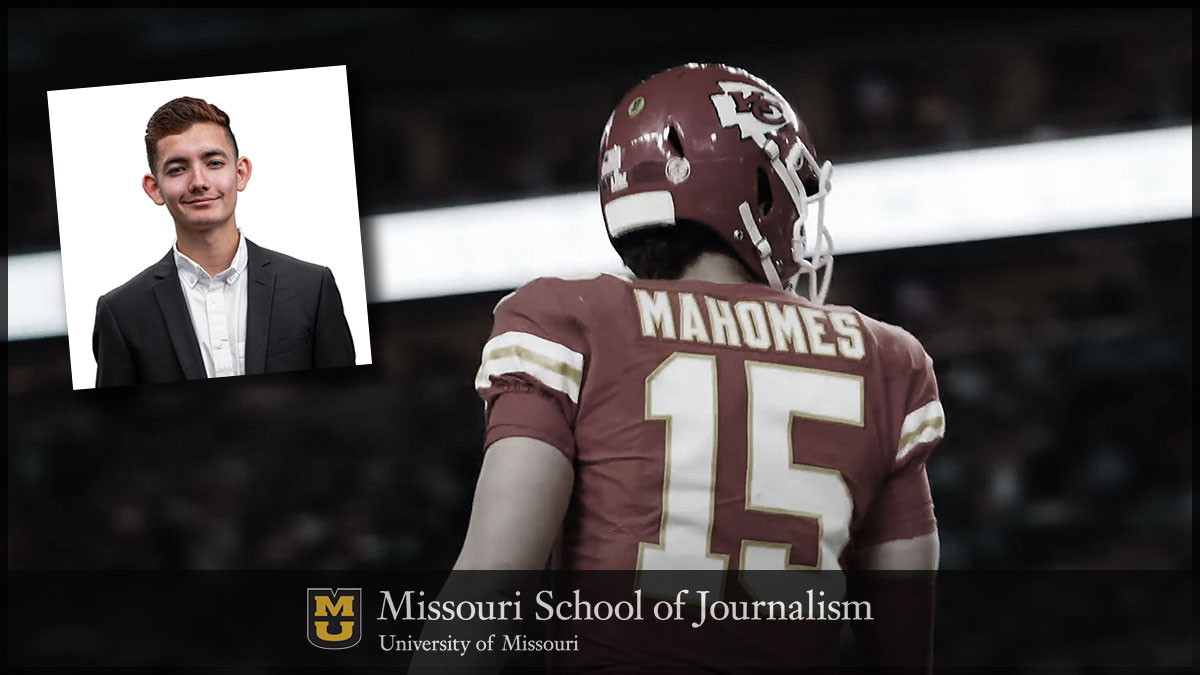 A Missouri School of Journalism student has racked up more than 11 million views across all social media platforms for his videos, but he’s never appeared in front of the camera. Instead, he’s become a sought-after videographer who has worked with Bad Bunny, Tyreek Hill and Devin Bush, among others.

When Diego Galicia arrived on Mizzou’s campus in 2017, he never anticipated what was to come. In fact, his first order of business was to find a job because his mom told him that she “wasn’t going to be his bank.” She suggested that he apply at a dining hall or the library, but Diego had other ideas.

He reached out to R.J. Layton, the associate director of Mizzou Athletics, and asked if he had any openings. Galicia’s portfolio impressed Layton, who offered him a salaried position. “Before I even knew what the Missouri Method was, I was networking and finding work wherever possible,” said Galicia. “I like to learn on the fly.”

To date, Galicia has gotten to work with clients like the Kansas City Chiefs, his hometown NFL team, and at high-profile events including the Latin Grammys, MLS All-Star Weekend and the NBA Draft.

Though Galicia picked up much of what he knows about videography on his own, he says the strategic communication program has taught him how to form narratives and create brand love. He also appreciates the connections he has made with Mizzou alumni.

Going forward, Galicia has dreams of working at the highest level of the videography industry. “I want to work on movies,” he said. “I’m doing higher-end production now, and I’d love to get to the point where I can work with the best of the best.” Alternatively, Galicia thinks it would be cool to be the creative director for a creative cultural space like GQ, Adidas or Complex.

Read more from The Missouri School of Journalism