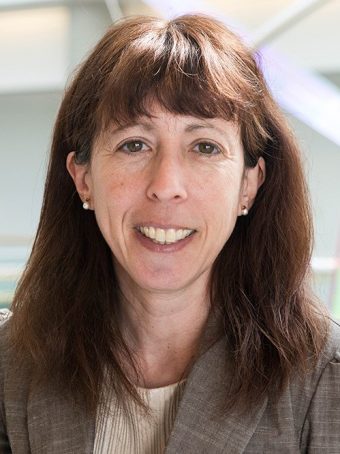 Cheryl S. Rosenfeld is a professor of biomedical sciences in the College of Veterinary Medicine, investigator in the Christopher S. Bond Life Sciences Center and research faculty member in the Thompson Center for Autism and Neurodevelopmental Disorders.

Scientists at the University of Missouri have discovered possible biological markers that they hope could one day help identify the presence of an opioid use disorder during human pregnancy.

Cheryl S. Rosenfeld, an author on the study, said women often take opioids for pain regulation during pregnancy, including oxycodone, so it’s important to understand the effects of these drugs on the fetal placenta, a temporary organ that is essential in providing nutrients from a mother to her unborn child. Rosenfeld is a professor of biomedical sciences in the College of Veterinary Medicine, investigator in the Christopher S. Bond Life Sciences Center and research faculty member in the Thompson Center for Autism and Neurodevelopmental Disorders.

According to the Centers for Disease Control and Prevention, the number of pregnant women diagnosed with an opioid use disorder has quadrupled between 1999 and 2014.

“Many pregnant women are being prescribed opioids — in particular OxyContin, or oxycodone — to help with the pain they can experience during pregnancy, and this can lead to opioid use disorders,” Rosenfeld said. “Many women also don’t want to admit to taking these drugs, and we know that children born from mothers who have taken opioids during pregnancy experience post-birth conditions, such as low-birth weight. But, so far no one has studied the potential ramifications of opioid use during fetal life. Thus, we focused on the placenta because it is the main communication organ between the mother and her unborn child.”

Previous studies examining these effects have used human cell cultures, but this is one of the first studies to use an animal model to examine how developmental exposure to these drugs affect the conceptus. In the study, Rosenfeld and her colleagues focused on how a mother’s use of oxycodone during her pregnancy can affect a mouse’s placenta. Mouse and human placentas are similar in many ways, including having placenta-specific cells in direct contact with a mother’s blood. They found the use of this drug during pregnancy can negatively affect the placenta’s structure, such as reducing and killing cells that produce by-products needed for normal brain development. In addition, Rosenfeld said their findings show specific differences in genetic expressions between female and male placentas in response to maternal oxycodone exposure.

“Our results show when mothers take oxycodone during pregnancy, it causes severe placental disruptions, including elevation of certain gene expressions,” Rosenfeld said. “We know what the normal levels should be and if there are any changes, then we know something might have triggered such effects. For instance, in response to material oxycodone exposure, female placentas start increasing production of key genes essential in regulating material physiology. However, in male placentas, we see some of these same genes are reduced in expression. These expression patterns could be potential biomarkers for detecting exposure to oxycodone use.”

Rosenfeld said by studying this in an animal model, it allows scientists to see these changes quicker than if they were completing a comparable study in people, because a pregnant mouse can give birth in 21 days compared to about nine months in people.

“This also allows us to easily study other regions of the body, especially the brain of exposed offspring, that would be affected by taking these opioids,” Rosenfeld said. “We can then use this information to help epidemiologists identify behaviors that people should be looking at in children whose mothers have taken these opioids.”

Rosenfeld suggests that opioids should be added to other widely discussed warning factors during pregnancy, such as smoking and drinking alcohol. She said short-term use of opioids by pregnant women, such as someone who has kidney stones, might not cause much of an effect on their pregnancy, but that likely depends on when the mother is taking the drug while pregnant. Future plans for this study include analyzing how offspring are affected once they are born.

Rosenfeld’s research is an example of an early step in translational medicine, or research that aims to improve human health by determining the relevance of animal science discoveries to people. This research can provide the foundation for precision medicine, or personalized human health care. Precision medicine will be a key component of the NextGen Precision Health Initiative — the University of Missouri System’s top priority — by helping to accelerate medical breakthroughs for both patients in Missouri and beyond.

Funding was provided by grants from the National Institute of Environmental Health Sciences and the Eunice Kennedy Shriver National Institute of Child Health and Human Development. The content is solely the responsibility of the authors and does not necessarily represent the official views of the funding agencies.