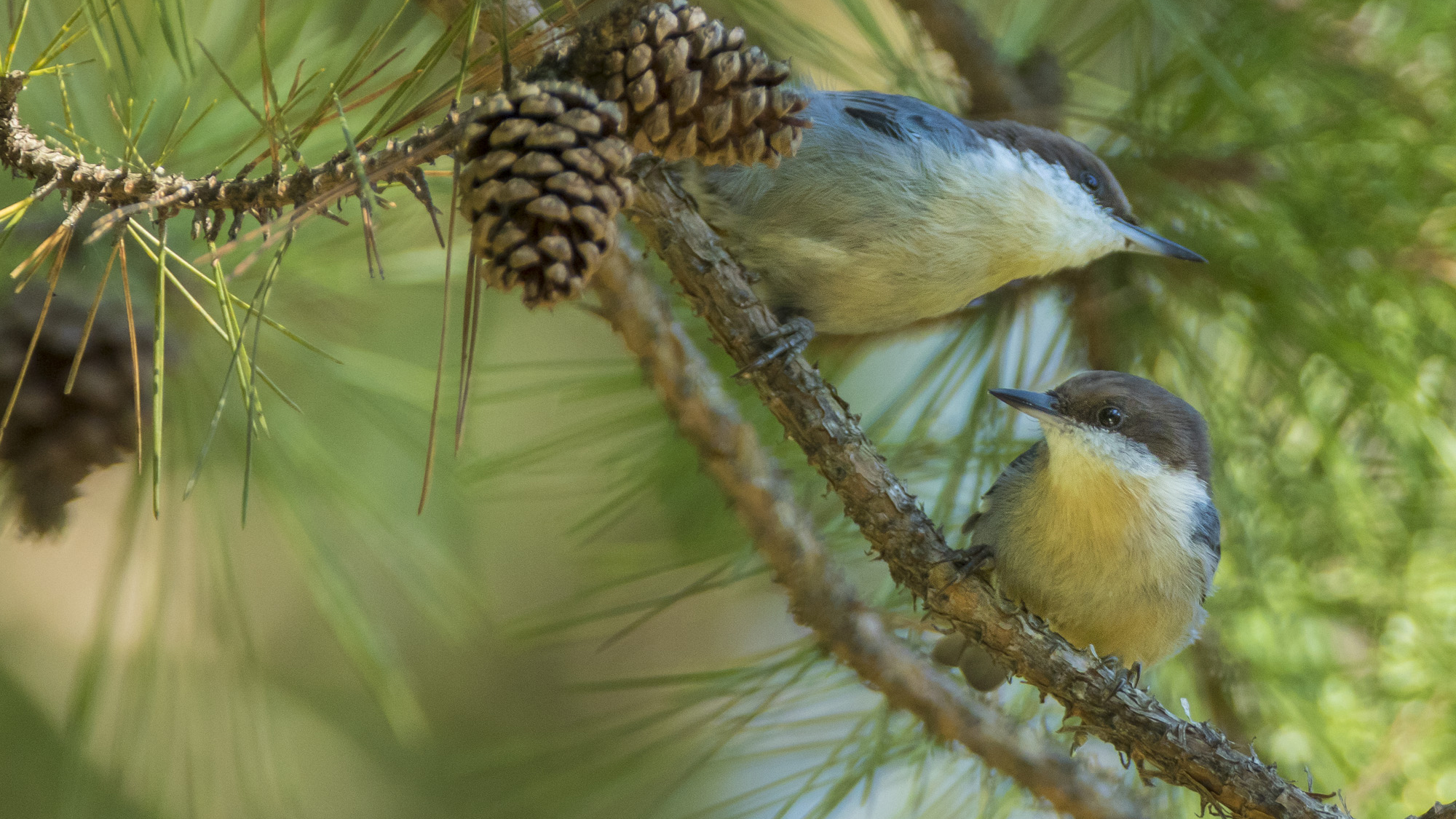 Bird calls can be iconic, and to many Missourians, some have come to define landscapes. Waking up to the complex song of an eastern meadowlark in grassy fields at dawn, the gentle “coo” of mourning doves throughout the day, and rocking on the front porch to the playful song of the whip-poor-will on a warm summer’s night. However, one iconic call has not been heard in Missouri’s landscapes for some time: the “rubber ducky squeak" of the brown-headed nuthatch. 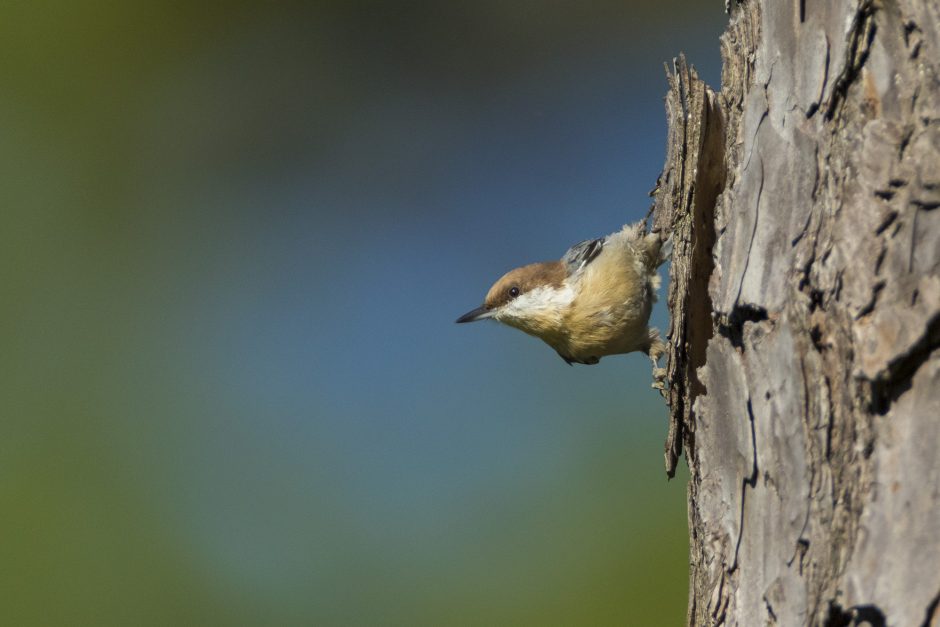 The call of the brown-headed nuthatch sounds a lot like a rubber duck toy. Photo courtesy of Noppadol Paothong/Missouri Department of Conservation.

The nuthatch was extirpated, or made locally extinct, in Missouri nearly a century ago due to the loss of its habitat. Millions of acres of shortleaf pine and oak woodland once covered Missouri’s Ozarks, but due to widespread logging and fire suppression, most of this ecosystem was removed by the early 1900s, eventually forcing the nuthatch out of the state.

However, some of those pine woodlands have now been intentionally restored to the Ozarks landscape by conservation partners in the region, such as the U.S. Forest Service’s Mark Twain National Forest. Tree harvesting has now become a tool for restoration and fire has returned to the land to maintain this ecosystem. With the habitat returned to its former state, University of Missouri researchers — working together with the forest service’s Northern Research Station and Mark Twain and Ouachita National Forests, along with the Missouri Department of Conservation — are releasing nuthatches back into Missouri. 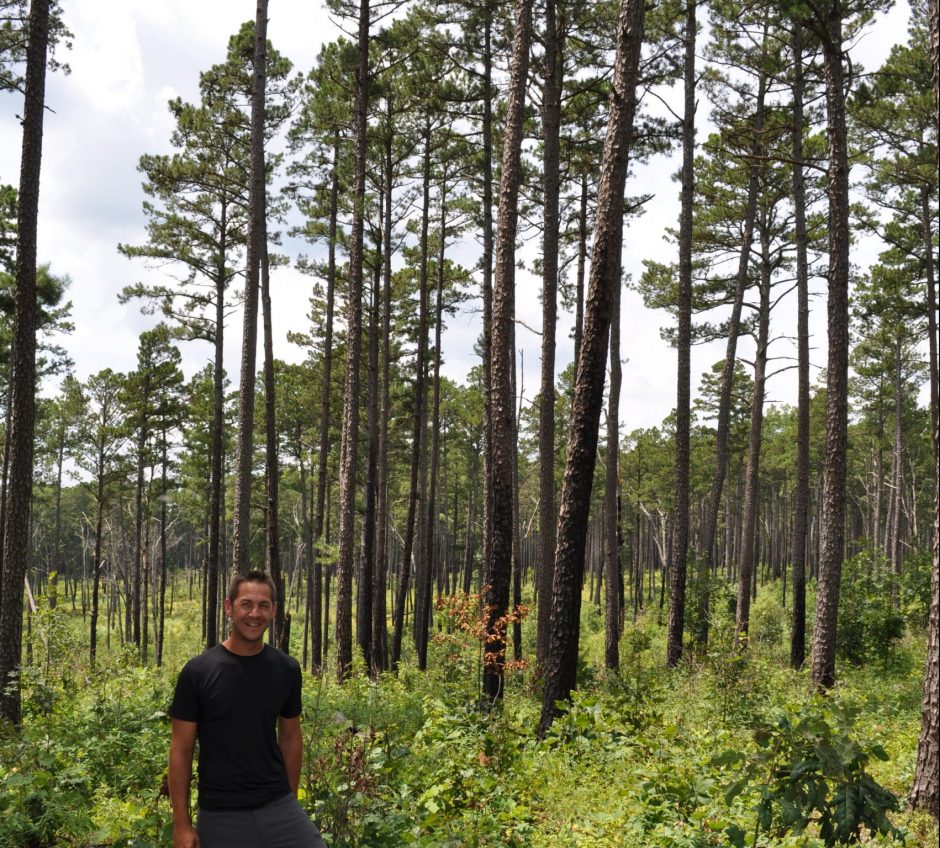 “The brown-headed nuthatch is a tiny bird, but bringing it back to Missouri will have important benefits — not only for the nuthatch population, but for the overall ecosystem,” said Thomas Bonnot, an assistant research professor at MU’s College of Agriculture, Food and Natural Resources. “They create cavities for their nests in dead pine trees, and those cavities continue to be used by other bird species after the nuthatch has moved on.”

As a wildlife ecologist, Bonnot works with natural resource agencies at all levels to help them sustain biodiversity in ecosystems and manage resources. But for Bonnot, this project goes deeper. Reintroducing the nuthatch to Missouri is a new opportunity to express a lifelong passion for science and the natural world. Growing up in rural Missouri, Bonnot always knew he wanted to be a scientist, but it wasn’t until college that he decided he wanted to be in the field, working directly with the birds he wanted to protect. It was Bonnot’s absence from the natural surroundings of rural life that led him to realize his calling.

“When I went to college, I wasn’t able to be immersed in the outdoors the way I had been at home,” Bonnot said. “It wasn’t until then that I really realized how much I love nature, and I wanted to make sure that the science I did would have positive benefits on the natural world. I haven’t looked back since.”

Joining Bonnot in the songbird reintroduction effort is Frank Thompson — research biologist for the U.S. Forest Service’s Northern Research Station and cooperative professor at MU — and Sarah Kendrick, the Missouri Department of Conservation’s State Ornithologist. They bring decades of experience researching songbird populations to the collaborative project, which involves tagging half the birds with tiny radio transmitters to track their movements as they adjust to re-entering their native habitat. 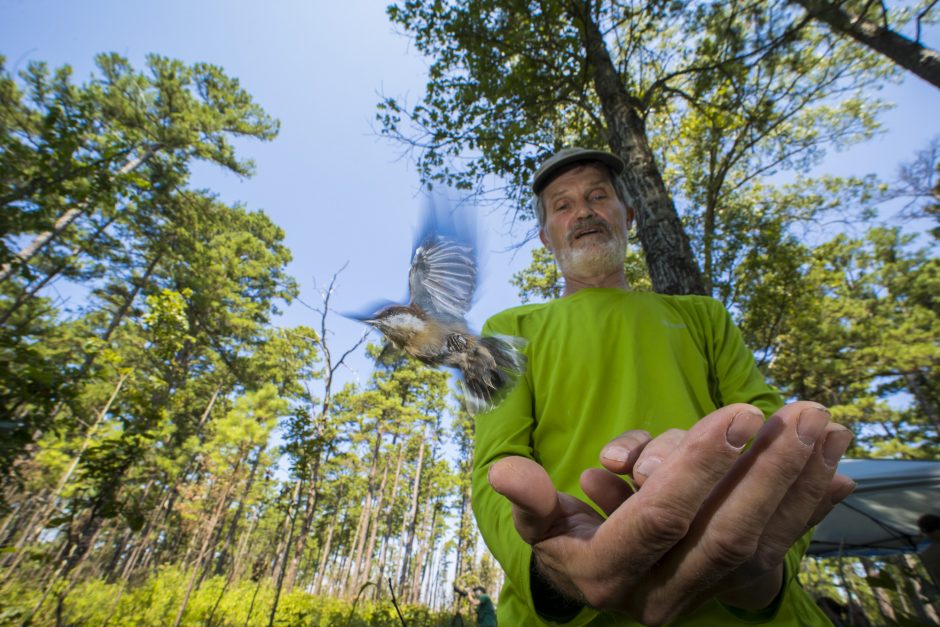 The songbirds were captured in Arkansas’ Ouachita National Forest and brought to Missouri in transport tubes. As the capture site is only about 300 miles from the release site in Missouri’s Mark Twain National Forest, it might seem surprising that the nuthatches did not repopulate the inviting pine woodlands on their own. But according to Bonnot, one characteristic these songbirds share makes such a trip highly improbable.

“The brown-headed nuthatch simply does not disperse far on an annual basis,” Bonnot said. “Given the habitat fragmentation that has occurred over the last 100 years, as well as the distance, our research shows it’s unlikely that the nuthatch would colonize Missouri’s restored pine woodlands any time soon without our help.”

Bringing the songbirds to Missouri also presents an opportunity for researchers to examine the effects of assisted migration, a means of preserving populations that will continue to become more important as climate change forces birds northward, away from the pine woodlands of the south. With the restoration efforts of Missouri’s pine ecosystem in the Mark Twain National Forest, the viability of rebuilding pine woodlands to support bird migrations will be put to the test. On the northern edge of the shortleaf pine’s range, Missouri is an ideal testing ground. 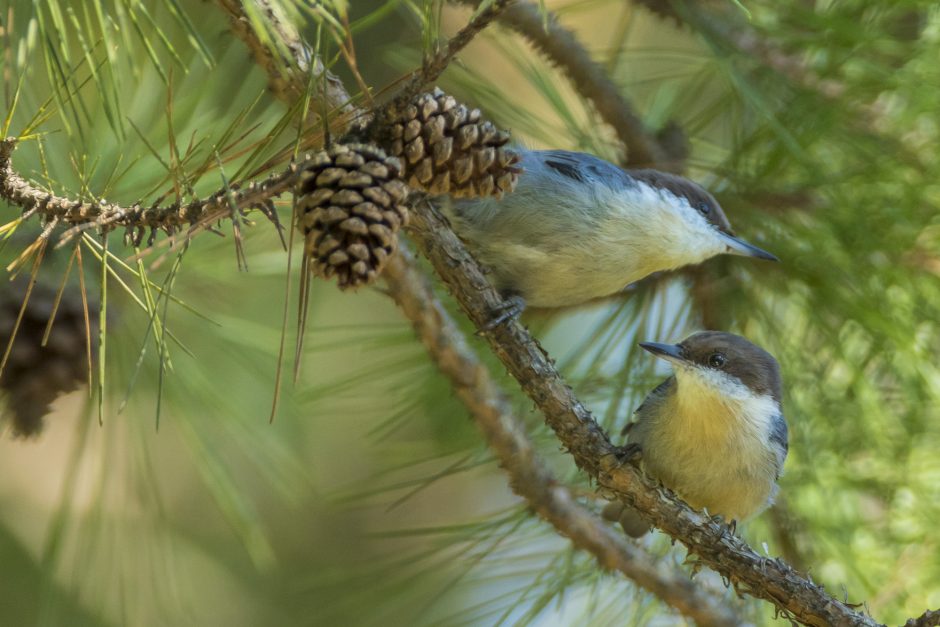 “This is a great example of ecosystem restoration – when you bring back the habitat, sometimes you can bring back the species that have been lost along the way,” said Sarah Kendrick, state ornithologist with the Missouri Department of Conservation.

Twenty-five nuthatches were successfully released into the wild in mid-August, and the current plan is to release a total of 50 this year, with another 50 coming in 2021. As of now, these efforts are paying off.

“So far, the tagged birds are exploring the woodlands and socializing in small groups as we would expect them to,” Thompson said. “All indications are they are doing great.”