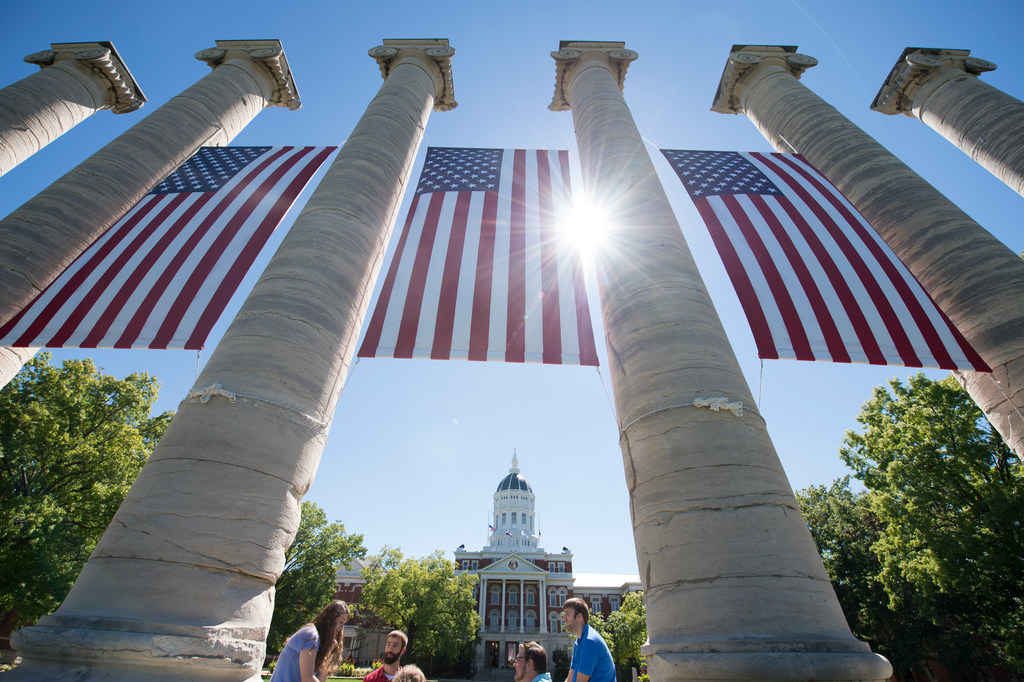 The University of Missouri has earned a 2020-2021 Military Friendly Schools Gold Award for its work helping student veterans and their families succeed on campus and after graduation.

The designation is based on both public data sources and responses to a survey completed by more than 1,000 schools nationwide for VIQTORY, a veteran-owned small marketing firm that connects the military community to civilian employment, education and entrepreneurial opportunities. While MU was named to the Military Friendly Schools list last year, the Gold Award further distinguishes Mizzou as a university committed to meeting the needs of its student veterans and their spouses.

“This designation testifies to Mizzou’s sincere commitment to serving its military and veteran student population in a way that enhances success on campus and after graduation,” said Robert Ross, director of the MU Student Veterans Resource & Support Center. “The campus leadership is serious about providing our military and veteran students with the tools they need to be successful while studying at Mizzou and after graduation.”

The campus also is home to the MU Student Veterans Resource & Support Center, located in the basement of the Memorial Union, where student veterans can socialize, study and connect with resources as they transition from the military to academia.

Other services include the MU Veterans Clinic, located in the MU School of Law, which is staffed by law students and overseen by professional lawyers who specialize in navigating the VA benefits system for veterans. Last year, the Mizzou Veterans Wellness Center opened inside the MU Veterans Clinic. The program is a partnership between the MU Veterans Clinic and the Harry S. Truman Memorial Veterans’ Hospital and is designed to make accessing health resources easier for student veterans, faculty, staff and their families.

“We are honored by this designation and will continue to build upon our efforts to ensure a positive student veteran experience,” Ross said.

The 2020-2021 Military Friendly Schools list will be published in the May issue of G.I. Jobs magazine. The list can also be found at militaryfriendly.com.