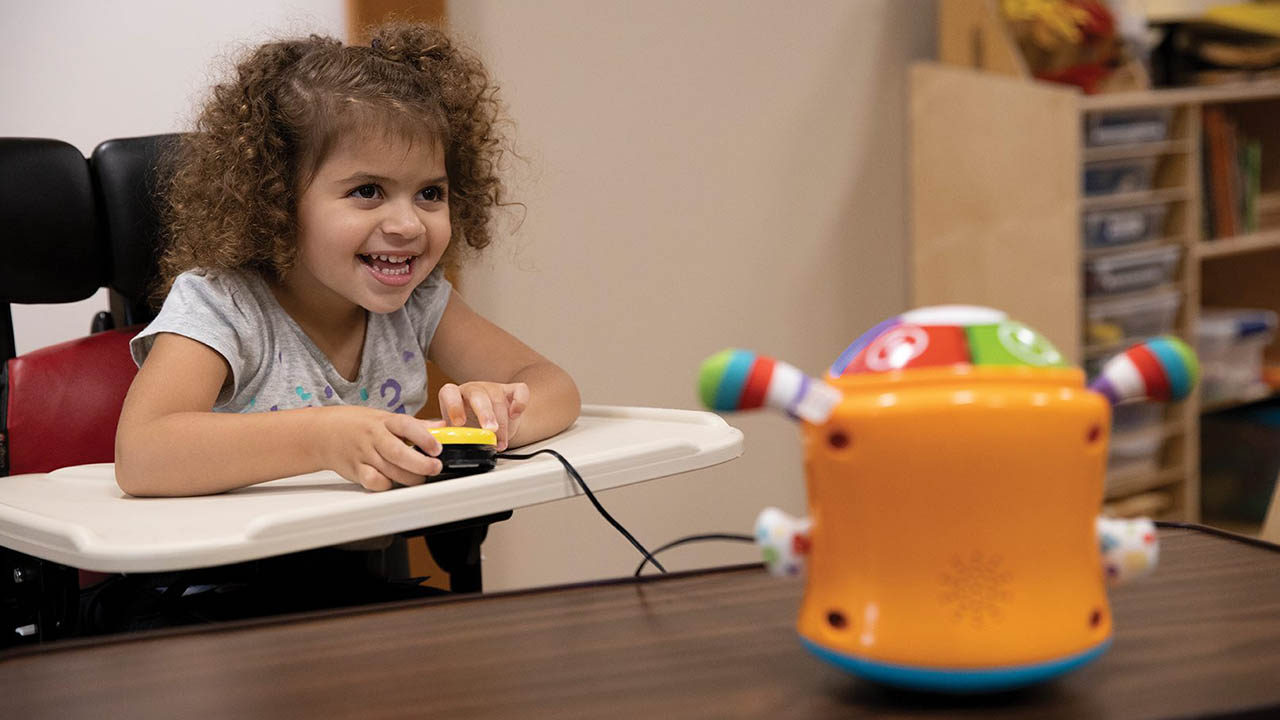 Many of the children Rachel Hughes works with as a pediatric physical therapist can’t play with off-the-shelf electronic toys. “A lot of them have significant motor impairments and can’t push a button to activate the toys,” said Hughes.

The MU Health Care Children’s Therapy Center — where Hughes has worked since she was a student — bought adapted versions of popular toys, which can cost up to five times more than the originals. Knowing the price tag, Hughes was dismayed when one of the adapted toys broke. As she took the toy apart to see if she could fix it, a light bulb went on in her head.

Rearranging the toy’s wiring — a simple task involving wire snips and a soldering iron — gave her the idea to correct what she perceived as an injustice. “All kids learn through play, but not all kids have equal access to play,” she said.

Hughes started adapting donated and store-bought toys in her basement. Now, volunteers are helping adapt Nerf guns, train sets, remote-control cars and more to give kids a larger target to push. She helped establish a local charity — Pascale’s Pals Switched Adapted Toys — as well  as a second organization — Switched Adapted Toys —in an effort to establish chapters across the United States and teach volunteers and parents how to make adaptive toys.

Read more from the School of Health Professions