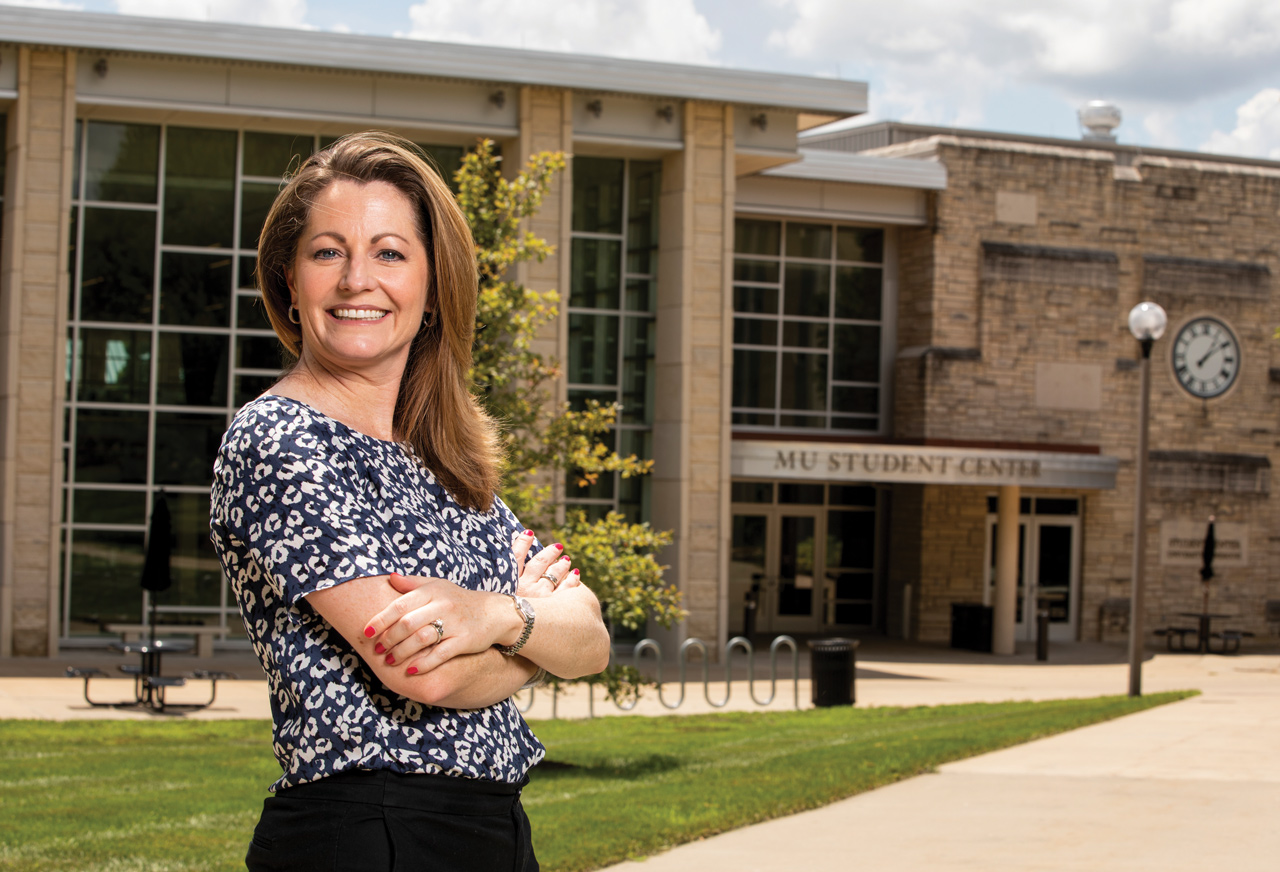 Tiffany Le, a graduate student in occupational therapy, was nervous at first. Like other students seeking financial assistance from the Care Team at Mizzou, she would be sitting down for a one-on-one meeting with the team’s coordinator, Nicole Logue*, MSW ’16.

“Will she judge me?” Le wondered. “Will she understand why I desperately need this?”

Due in part to regional stay-at-home orders, dozens of students found themselves out of work and grappling with such fears as they sought emergency funding. As the nation began to realize the scope of the crisis, Mizzou’s Care Team took stock locally.

“We knew we’d be running out of funds quickly,” says Lori Fox, MA ’02, associate dean of students. The requests for aid poured in, and she began to fear the worst. “We thought we might have to turn people away.”

The Care Team, formed in August 2018, normally operates out of a small office in the basement of the MU Student Center. A typical month brings in one or two new cases — students referred by a friend or faculty member who are seeking help with multifaceted issues. “Sometimes the stressors are financial,” Logue says, and the challenges often include mental fatigue or personal emergencies. “We have to look beyond single issues to the holistic picture for a student.” Services include interventions, advocacy and follow-up consultations, in addition to resource referrals.

When the campus closed on March 23, that picture was bleak. Many students lost jobs. Some returned to their families, leaving behind apartments for which they still were obligated to pay rent. International students, unable to work off campus legally, were ineligible for federal aid; with their research projects delayed, remaining in Columbia might’ve been financially crippling or even impossible.

In the month following the shutdown, the Care Team received 25 requests — more than they’d normally see in a year. The caseload required tapping into the Student Emergency Fund. With a limit of $250 available per student, the funds were only ever meant as a stopgap until long-term solutions could be found.

“When you have a massive number of requests coming in, it’s hard to connect them all to the right resources right away,” Logue says. “The $250 keeps the lights on until we can get them to agencies such as the United Way and the food bank. It’s just enough until other funding comes in, and we can help them figure out the path forward.”

Although the Care Team has never been a secret, Fox says, the past few several have raised its profile — both with students and those looking to help. “Donors began searching us out,” Fox says. “Alumni were asking us, ‘What do you have? What can we do?’ ”

The outpouring of support could not have come at a better time. By early May, the Care Team estimated that their funds would last only one or two more weeks. Working from home, Fox recorded a video appeal to donors for assistance. By June, hundreds of people donated nearly $25,000 to the Student Emergency Fund. As a result, the Care Team has yet to turn away a single student.

“We’ve never seen this level of need before,” Fox says. “But we’ve been able to keep up.” Her optimism is tempered, though. “If the need stays at this rate, we’ll have to replenish the fund.”

Despite Le’s initial hesitation to seek help, she found herself opening up to Logue during their meeting. They discussed Le’s personal hurdles as well as her anxiety about the future. “My concerns about the city, others’ lives, what school might look like — she didn’t dismiss any of those tangential thoughts,” Le says. “I didn’t realize until after the conversation just how relieved I felt.”

Logue considers that sort of conversation just as important as addressing financial concerns. “Anyone can get overwhelmed,” she says. “And when you’re overwhelmed, you don’t always have the capacity to look at your options. We’re the safety net. We just let our students know that they’re resilient. They’re going to get through this.”