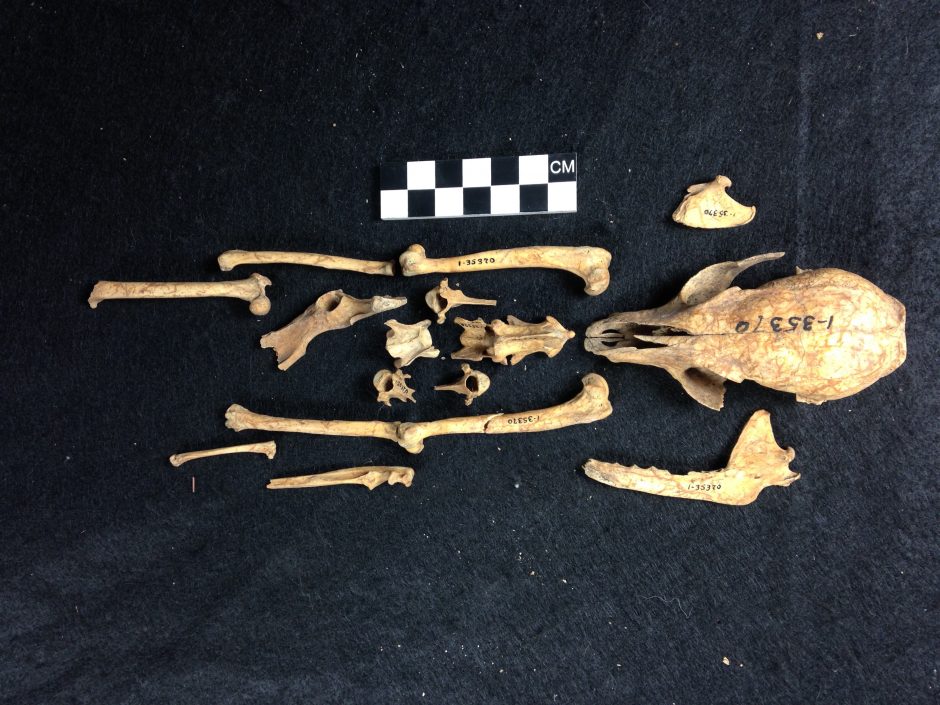 A skeleton of an island fox.

Nearly two decades ago, a small-bodied "human-like" fossil, Homo floresiensis, was discovered on an island in Indonesia. Some scientists have credited the find, now nicknamed "Hobbit," as representative of a human ancestor who developed dwarfed features after living on the island, while others suggest it represents a modern human suffering from some type of disease because of its distinct human-like face and small brain.

Colleen B. Young, a graduate student in the Department of Anthropology at the University of Missouri, has always been naturally curious about the nature of the human "footprint," or how humans impact their environments and vice versa. She believes the Hobbit adjusted from a longer-legged version of itself to meet the demands of an isolated, island environment. 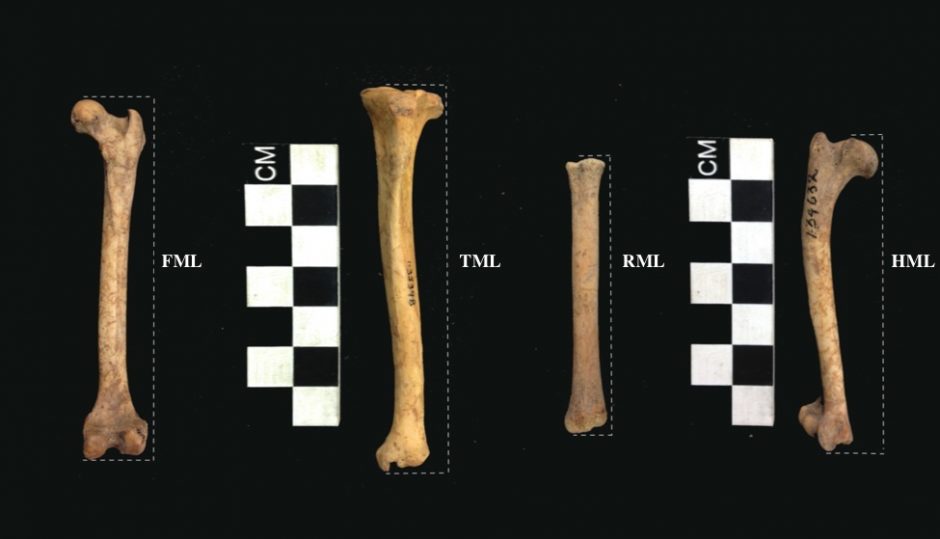 Bones of foxes used in analysis. From left to right: femur, tibia, radius, and humerus.

“Homo erectus, considered our recent ancestor, likely developed its long legs over time in order to increase its ability to walk long distances as its environment expanded,” Young said. “So, when humans arrived on that island in Indonesia and became isolated, their bodies — once built for efficiency over long distances — were probably no longer beneficial for their new environment. Instead, a smaller body size probably improved their lifestyle.”

Young, who is working on her doctorate in biological anthropology in the College of Arts and Science, tested several popular assumptions about the characteristics of Homo floresiensis by comparing an island fox from California’s Channel Islands with its mainland U.S. relative, the gray fox. Young said upon arrival, the island fox underwent a 30% reduction in body size and developed smaller body features that are different than the mainland gray fox. She believes this change in body size was likely due to adjustments the island fox made to survive in its new, isolated environment. 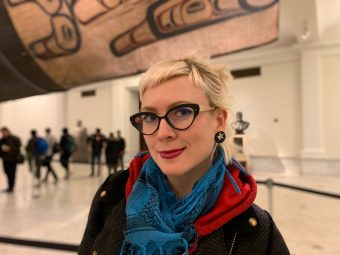 Colleen B. Young is a graduate student in the Department of Anthropology at the University of Missouri.

“The gray fox is a migratory, omnivorous animal, similar to our recent ancestors,” Young said. “This study indicates that animals living on islands that become smaller in size may also have distinct limbs and body features just because of their new island environment. Therefore, the distinctive body features on the small-bodied Homo floresiensis are probably products of evolving in an island environment, and not resulting from suffering from diseases.”

Young said this animal model, which includes taking into account the surrounding ecosystem, can help scientists better understand the body size and limbs of Homo floresiensis, and how they relate to human ancestors. She thinks this model can also help open new doors in the field of anthropology.

“The popular idea that every little difference in a fossil means the discovery of a new species is probably not as accurate as we once thought,” Young said. “There was probably a lot more variation going on throughout human evolution than we first thought, and these findings exemplify that variation can occur just by migrating to and living on an island. We’re just starting to scratch the surface.”

“Static allometry of a small-bodied omnivore: body size and limb scaling of an island fox and inferences for Homo floresiensis” was published in the Journal of Human Evolution. Funding was provided by a National Science Foundation Graduate Research Fellowship Program grant.