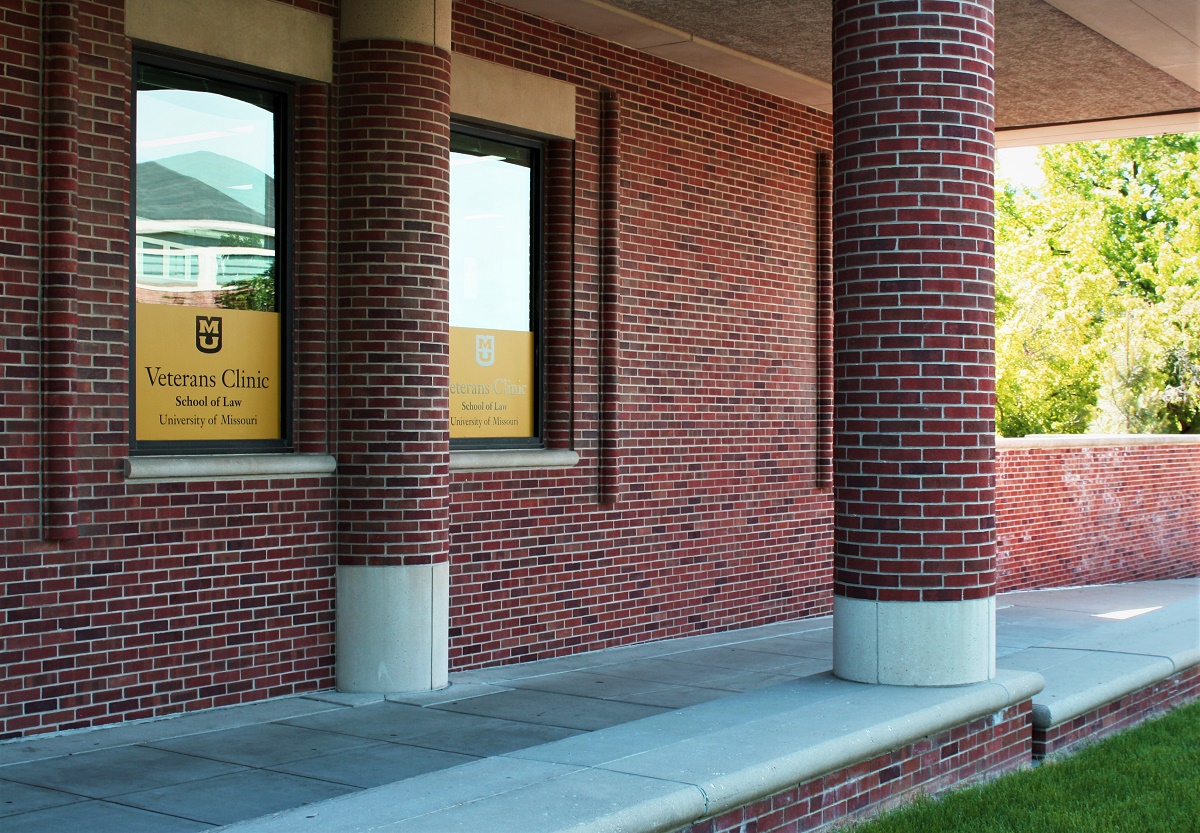 Alex Pracht knew the risks he was signing up for when he joined the Army straight out of high school. The Illinois native, who served tours in Iraq and Afghanistan, knew each deployment could result in injury or worse. For love of country, and following a legacy of service in his family, he accepted the risks. Alex Pracht poses for a picture during a tour in the Middle East. Pracht was critically injured when a roadside bomb detonated, leaving him with ongoing health effects, such as nerve damage, chronic pain and hearing loss. In 2009, a roadside bomb destroyed this Humvee, took the lives of two soldiers and nearly killed Alex Pracht. After first being denied, Pracht was able to secure VA disability benefits with assistance from the University of Missouri Veterans Law Clinic.

After five months of recovery in the Walter Reed National Military Medical Center and after medically retiring from the Army as a staff sergeant, Pracht received unexpected news: Despite his nerve damage, chronic pain and hearing loss, his application to the Veterans Benefits Administration for disability benefits was denied.

Pracht, now a 37-year-old father of a 8-year-old daughter in Centralia, Illinois, only received 60% of his base pay as a retiree and no VA disability payments.

“To try to live on half the income you’re used to — it wasn’t working,” he said. “I had to rely on my family to make ends meet, to take care of my daughter. It made me feel bad about everything.”

Pracht’s breakthrough came five years ago, when his mother ran into a former classmate at a class reunion who was working with veterans in Washington, D.C. She explained her son’s situation, and the friend told her about a new program at the University of Missouri’s School of Law that could help veterans like her son.

Pracht was one of the first clients of the MU Veterans Clinic, which is staffed by law students and overseen by professional lawyers. Their specialty is navigating the VA benefits system.

After several successful appeals, Pracht is now considered 90% disabled and collects nearly the same pay he received as an active duty service member.

“We are on a mission to make sure veterans like Alex and their families get the benefits they were promised and deserve,” said Drake, a self-professed “Army brat” whose father, Major Joe W. Green, was killed in action in Vietnam in 1970. “There is no greater sacrifice one can make than serving their country. This is a small way for us to honor that sacrifice.”

With nearly a half million veterans, Missouri has the 15th-largest population of those who served in the armed forces. However, 73 of Missouri’s 114 counties do not have a dedicated Veterans Service Officer to assist with VA benefits claims.

Since the clinic launched in 2014, it has assisted more than 600 veterans and their families, and nearly 100 law students have been educated in veterans benefits law. During the past five years, MU students and staff have been quite successful, securing more than $2 million in retroactive benefits and more than $1 million in annualized monthly compensation payments. Personnel from the MU Veterans Clinic have trained lawyers across the state to assist veterans in obtaining benefits. The training is offered at no cost to lawyers, and, in return, attorneys are asked to offer their services at no cost to veterans and their families.

Building a case for compensation

One of those successes is Nancy Jones of Columbia, who now receives $1,340 a month from the VA after the MU Veterans Clinic successfully pleaded her case. Her husband, William Rex Jones, died of complications from diabetes and neuropathy, which have been associated with Agent Orange exposure in Vietnam.

Her husband served in Vietnam, and she became suspicious about the cause of his symptoms after taking care of other Agent Orange-exposed vets as a nurse. Although she was initially told that she was not eligible for benefits because her husband had already died and no connection to his service had been made by his doctors, MU was able to build a case posthumously.

“Bill and I always planned to do so many things in retirement. We were going to get an RV and travel,” she said. “Those things won’t happen now, but this will give me the opportunity to be more financially secure and have a little more extra at the end of the month.” Nancy Jones of Columbia poses while holding her husband’s military burial flag. The MU Veterans Clinic was able to build a case posthumously for Jones to receive VA benefits. Her husband, William Rex Jones, died of complications from diabetes and neuropathy, which have been associated with Agent Orange exposure in Vietnam.

Eager to expand the clinic’s reach, in 2018 the law school launched Tigers for Troops in partnership with MU Extension. Veterans Clinic attorneys and law students will visit 73 rural counties over the next two years to educate and assist veterans. At each Tigers for Troops event, clinic personnel conduct a general information session focused on VA disability claims and discharge upgrades. After the general session, clinic attorneys meet individually with veterans to discuss specific questions.

Already sessions have been held in the Missouri communities of Bethany, Lamar, Lockwood, Oregon and Smithville, Stockton and Stover.

“This is the most rewarding work I’ve been engaged in during my career,” said Brent Filbert, an MU alumnus and MU Veterans Clinic staff attorney who previously served as deputy chief defense counsel for military commissions at the Pentagon. “There are so many veterans in need of assistance related to their military service and the benefits owed to them.” Alex Pracht, center, poses with fellow soldiers during his last tour of duty. Pracht, who is studying criminal justice and hopes to work with veterans on a part-time basis in the future, said the MU Veterans Clinic has dramatically improved his life.

Training lawyers to be foot soldiers

As part of the program, MU also is training lawyers throughout the state on how to navigate the VA system and help other veterans, greatly expanding the program’s impact. The training is offered at no cost to lawyers, and, in return, attorneys are asked to offer their services at no cost to veterans and their families.

Mike Bridges, a real estate lawyer with Husch Blackwell LLP, recently attended a training for attorneys in Springfield. Bridges comes from a long line of servicemen and wanted to give back by doing pro-bono work for veterans.

He has already been assigned his first case, a Vietnam veteran from southwest Missouri who is fighting cancer and is seeking special monthly compensation for a number of related medical problems.

“What Mizzou is doing is clearly filling a need,” Bridges said. “It’s the kind of work that makes you proud to be a Mizzou alum. These people took time out of their lives — often to their physical and mental detriment — to serve our country. We owe it to them to provide them benefits in a timely manner.”

Pracht, who is studying criminal justice and hopes to work with veterans on a part-time basis in the future, said the MU Veterans Clinic has dramatically improved his life.

“I would not be where I am today without them,” he said. “If I didn’t have this help, I think I’d just be lost.”

The Veterans Clinic at the University of Missouri launched Tigers for Troops in 2018 to provide much-needed legal assistance to underserved veterans living in rural areas of Missouri.

A free consultation will be offered for veterans in Carthage between 8 a.m. and 5 p.m. on Wednesday, July 10 at the MU Extension Office in Jasper County. Register by calling 417-358-2158.

Learn more about the program at law.missouri.edu.

In addition, MU was recently designated a Purple Heart University in recognition of the university’s support of military members, including veterans and their families. Nearly 900 MU students are either veterans, active duty personnel, National Guard members, reservists, ROTC cadets or family members receiving GI Bill benefits. The MU Veterans Center has been serving students, faculty and staff since 2007, when it blazed a new trail as one of just three veterans centers in the nation.