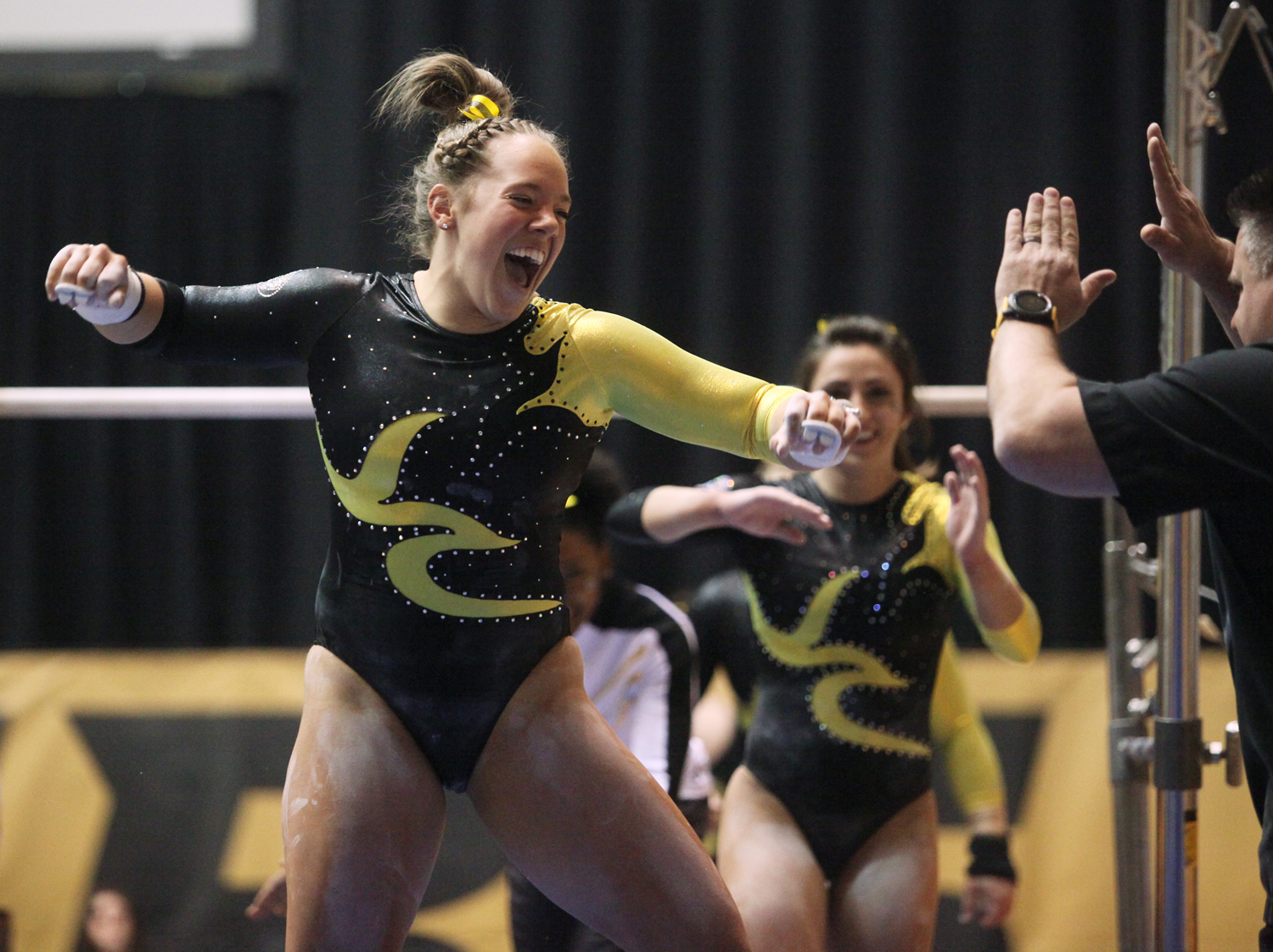 The No. 13 Mizzou gymnastics team picked up three wins Friday night at the Hearnes Center. Mizzou scored 195.725 to win the quad meet, defeating No. 25 Iowa State, No. 13 George Washington and Lindenwood. Sophomore Britney Ward claimed the vault and beam titles. The Tigers concluded the night with a team total of 49.150 on the floor exercise, the second-highest score on the event so far this season. The Tigers compete in the GymQuarters Mardi Gras Invitational at 6:30 p.m. Feb. 17 at the St. Charles Family Arena. Madeleine Huber jumps between bars during her routine. Mizzou received first place with a score of 195.700 Aspen Tucker spins through the air during her descent off the beam during her routine. Tucker scored 9.725 on her beam routine. Fans perform the Missouri Waltz during a rotation between rounds. Brooke Kelly runs across the mat to gain speed. Young fans wave to Truman on the sidelines of the gymnastics meet between rounds.