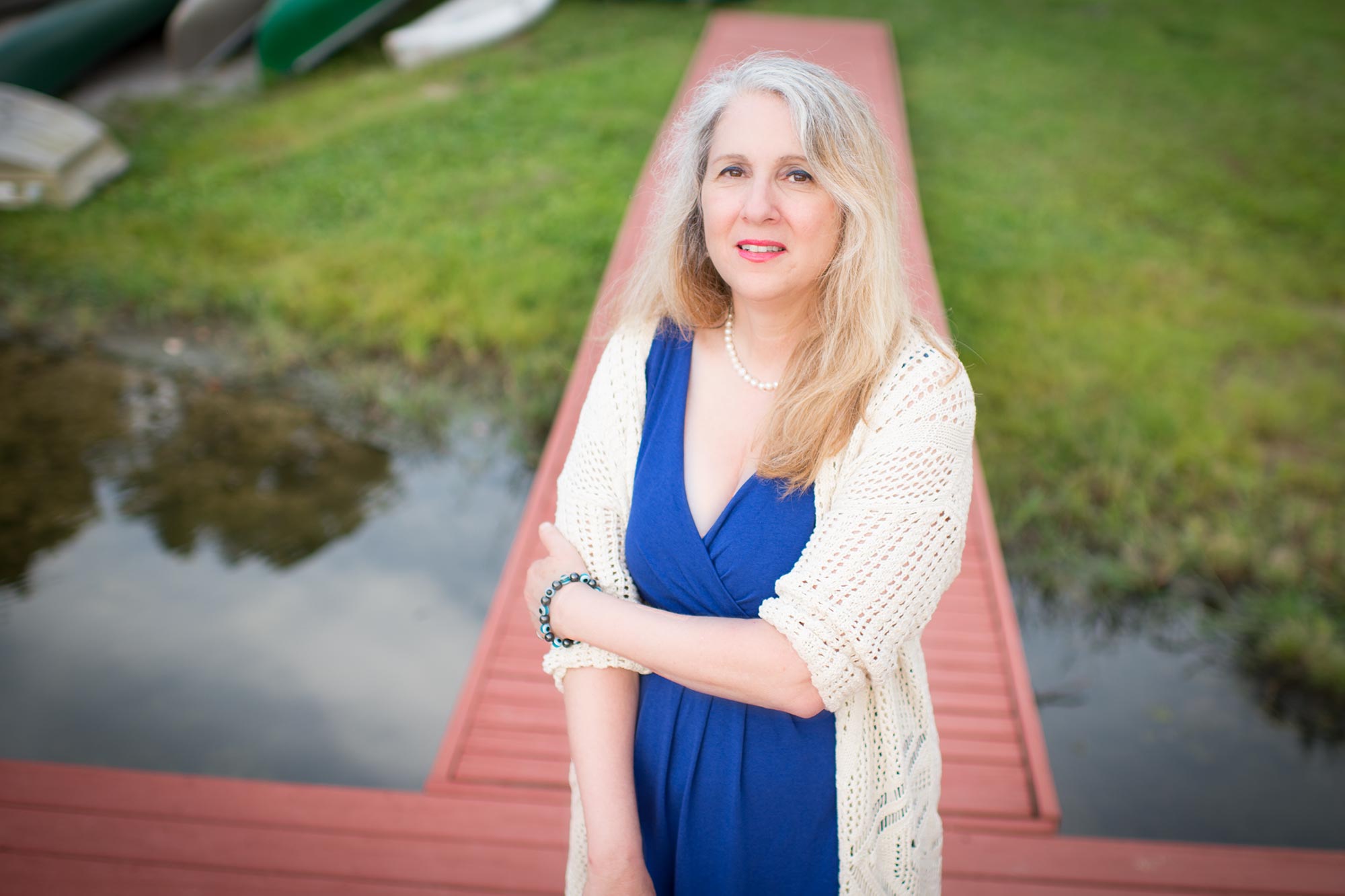 If it were possible to be born and bred a poet, Aliki Barnstone could be the prototype. She was born into the fine arts, with a poet father, Willis, and a painter mother, Elli, who gave her a childhood full of creative pursuits. Barnstone turned pro at age 12 with the publication of The Real Tin Flower and has since written 10 books of poetry and criticism, some from her perch as professor of English at Mizzou. This year, she became Missouri’s fourth poet laureate, the third with ties to MU. In this new role, her mandate is to take poetry to the masses, and she has an almost missionary zeal about what the arts give — especially to children and teens.

In the 1960s, during her own childhood, the Barnstones lived most of the year in Bloomington, Indiana, where her father was an Indiana University professor. They summered in Vermont near National Book Award-winning poet Ruth Stone and her three daughters. Back then, Aliki was shy — painfully shy — she says. But her world was right in Vermont. The families were close, and the children spent their days suffused in nature and imagination, far from the electronic media of the time — television and telephones, which Elli forbade. “Eventually, we got a party line, like Mayberry RFD,” Barnstone quips. “We children walked together, read together, wrote together, drew together, told stories together, sang together.” In the cycle of their days, a predictable dinner — spaghetti with meat sauce, salad and garlic bread — was the precursor to a gathering around the fireplace, roasting marshmallows and playing a few rounds of The Poetry Game. It’s as if Elli orchestrated the day’s activities as sustenance forl that moment of imagination and verbal creation.

In The Poetry Game, each player contributes a word to a list that all players use while composing their own poems on the spot. “Everyone would write, from the littlest child to my Dad and Ruth, who were poets,” Barnstone says. “Everybody was encouraged and came up with great ideas. It was fantastic. I can’t imagine myself without the Stone family and my family and those summers in Vermont.” Aliki Barnstone, a professor in the Department of English, is the new poet laureate for the state of Missouri.

As a child poet, Barnstone got plenty of publicity — not that it meant much in the schoolyard. Her introversion made her a target of teasing and bullying, and her art was a sort of shield. “Nobody, but nobody, could take away my soul or my creativity. I had something that was mine. There was always a core that for me was self-preserving.”

And now, decades later, that realization has given Barnstone her mission as poet laureate: She will visit schools statewide and, what else, play The Poetry Game. But Barnstone aims higher than introducing children poetry or glorifying her own childhood. In contrast to her idyllic summers far removed from corrupting influences, she sees today’s youngsters as suffering under social media’s pervasive push toward scrutiny and conformity. “The Internet is a great advancement in humanity. It is a shift in consciousness. But it’s also clear that we haven’t figured it out. When you think of child stars, the reason that so many of them have problems is because they didn’t have the privacy to be children. And now with social media all our children are in that position.”

Barnstone has experienced how the arts can be protective, she says. “With all the bullying, the possibilities for having people destroy your selfhood and self-esteem are horrifying.” Teenagers may not always behave as adults would like, she says, “But if they have some core thing that is theirs, they will have a sense of who they are, and they will want to preserve themselves.”

The Poetry Game also teaches players to look beyond themselves, she says. “I think that if kids can be together, sharing each other's poetry, they’ll know that this person, regardless of faith or skin color, is one of them. Another kid.”

It Can Be Scary Aliki Barnstone has lived a literary life. Her father, Willis Barnstone, and her brother, Tony Barnstone, also are poets.

Barnstone also teaches big kids, including Mizzou undergraduates taking required courses. But when she asks whether they like poetry, she often hears trepidation in their answers. So, she offers students unintimidating ways to approach poetry.

She reassures students that poets don’t write to invite analysis. “We write poems so people will read them and say it means something to them. And so I ask them to read the poem and let themselves go where the poem takes them. That’s understanding the poem. And I ask them to describe what they see. That’s where we start, with observation.”

What Do You Love?

Barnstone’s graduate students, on the other hand, arrive with experience and an eagerness to improve as poets. “We have one of the top doctoral programs with a creative dissertation,” Barnstone says. “Our graduate students come into the program very accomplished. If they haven’t published books, they will. Every time I encounter my graduate students, I learn something. They keep me current. And I like to think they learn things from me, too.”

They do, indeed, says Monica Hand, a doctoral student who also assists Barnstone in the classroom. Students want a mentor who is intellectually challenging and at same time cares about them, she says. “That’s how I experience Aliki. She’s my friend. She knows where I come from. I know she cares about my academics and my creative writing goals.”

With that sort of loyalty among her students, it would be easy enough for Barnstone to cast them in her own poetic image. But she’d much rather they “sing” in their own style. “I don’t start with criticism,” Barnstone says. “We aren’t poetry mechanics. We’re not trying to fix poems here. Where we start is with enthusiasms — what strikes you, what you love and why. Because why write if you can’t be enthusiastic.”

From there, she says, larger issues in poetry and writing emerge, as Hand attests. “When we are workshopping one of my poems, if Aliki doesn’t agree with me, I don’t know anyone with more patience,” she says. “Maybe she’ll push back a little, and I’ll get all excited. Then she’ll get quiet and accept it, like, OK, OK. Most of the time she’s right, and I come around to her point of view. But I know she’s open to what I have to say. She listens in a way that I know I have her thinking about some things, too.”

As far back as Barnstone can remember, she has written poetry and dreamed of teaching. “I just always knew I was going to get a doctorate and become a professor,” she says. Those dreams have lived side by side in her faculty role and Mizzou, and now she’ll take them on the road to schools statewide as Missouri’s poet laureate. All she asks of students is that they show up with open hearts and minds, and a willingness to try poetry as play.