Gary Pinkel struggles to hold back his tears when talking about what he'll miss the most as a coach: the players.

Mizzou fans were invited to celebrate the career of head football coach Gary Pinkel at a press conference Monday morning. Pinkel announced on Friday afternoon his intention to retire at the end of the season due to health reasons, shortly before his Tigers responded with an emotional 20-16 win Saturday evening over BYU in Kansas City.  He will step aside as Mizzou’s winningest coach in program history, with a current win total of 118, as his Tigers will close out the 2015 home season with a Senior Night game against Tennessee at 6:15 p.m. at Memorial Stadium/Faurot Field. Coach Pinkel sits next to his wife, Missy Martinette Pinkel, before delivering a speech to the audience at Mizzou Arena. Coach Pinkel takes the stage after an introduction by Director of Athletics Mack Rhoades. Coach Pinkel breaks a smile when talking about all the great memories he has had at Mizzou. A banner identical to the one behind him was placed by the entry/exit of Mizzou Arena, where fans and members of the press could sign it and leave a message. Members of the press surround Coach Pinkel and his wife on the floor of Mizzou Arena. Coach Pinkel poses for a cell phone picture with Jordan Kodner, an undergraduate student and fan of Tigers football. Members of coach Pinkel's family form a circle and embrace one another before leaving the press conference. 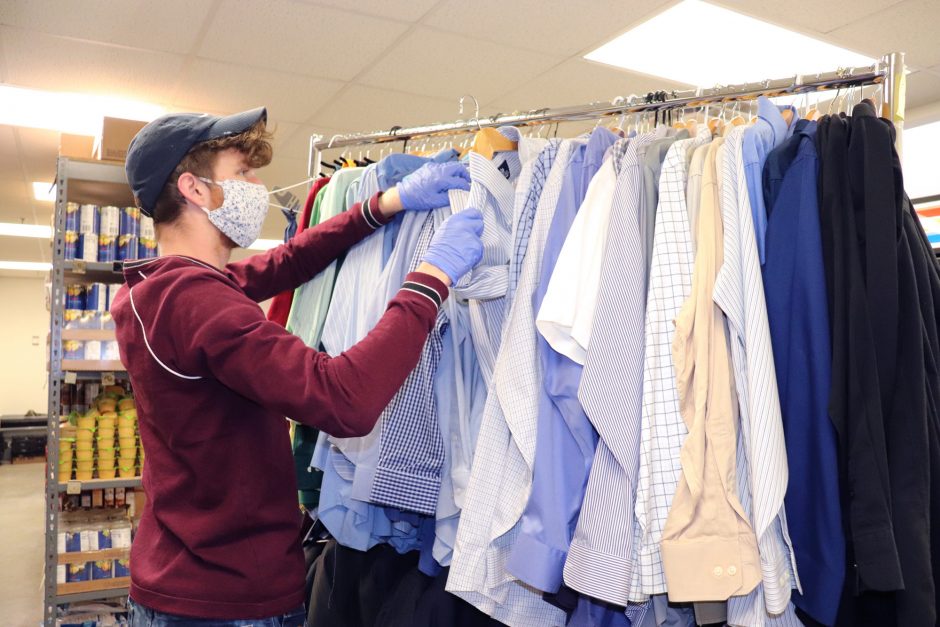