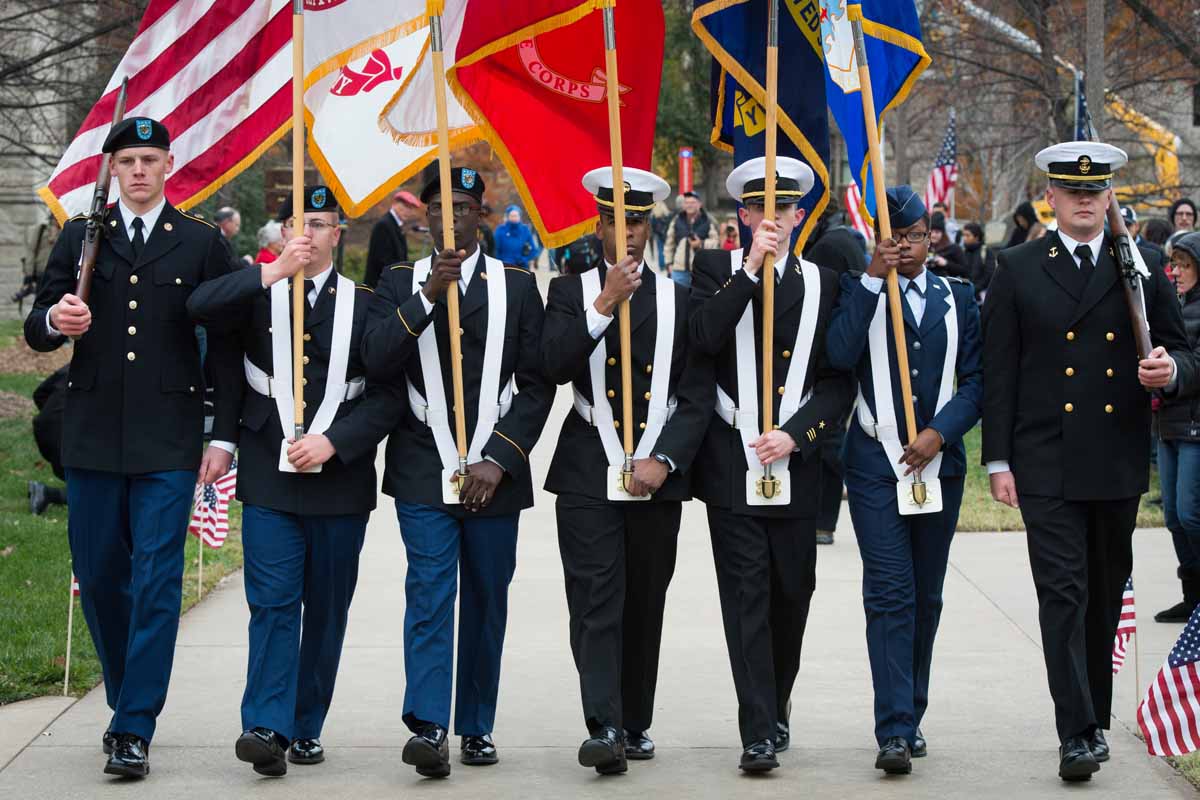 On Veterans Day, Nov. 11, Mizzou held a ceremony on the east side of the Memorial Union to dedicate the new Blue Star Memorial, a marker sponsored by the Columbia Garden Club as part of part of a National Garden Clubs program to honor veterans. The dedication was followed by the annual wreath-laying ceremony and the National Roll Call. Throughout campus, trumpeters coordinated the simultaneous playing of “Taps.”

Trumpets sounded throughout the Mizzou campus on Veterans Day, as Tigers played “Taps” in honor of those who have served in the United States military. Tigers pose for a photo at Memorial Union to mark Veterans Day 2014. Every year Mizzou marks Veterans Day with a wreath-laying ceremony at Memorial Union tower. Completed in 1926, the tower was dedicated as a monument to honor students who died while serving in the military during World War I. The union's north and south wings and the A. P. Green Chapel were completed between 1952 and 1963. Ryan Gill, a U.S. Army veteran and Mizzou student, speaks at the ceremony. Barb Rothenberger, a member of the Columbia Garden Club, wears a patriotic scarf to keep warm. Carol Fleisher, director of the MU Veterans Center, bundles up to watch the ceremony. Fleisher is a recipient of the national Outstanding Public Service Award for her work with Mizzou’s veterans and active-duty personnel. Jacqueline Bledsoe plays "Taps" in front of Memorial Union during the wreath-laying ceremony. Mizzou ROTC cadets and midshipmen enter for the presentation of colors during the ceremony. Marty Walker, director of administrative services for the MU College of Engineering, takes the podium. Walker is a U.S. Army veteran. Rich Grant, president of the Mizzou Military Veterans Alumni Association, reads the names of Mizzou students who died while serving the U.S. military during war. Students watch the ceremonial events from inside Memorial Union. 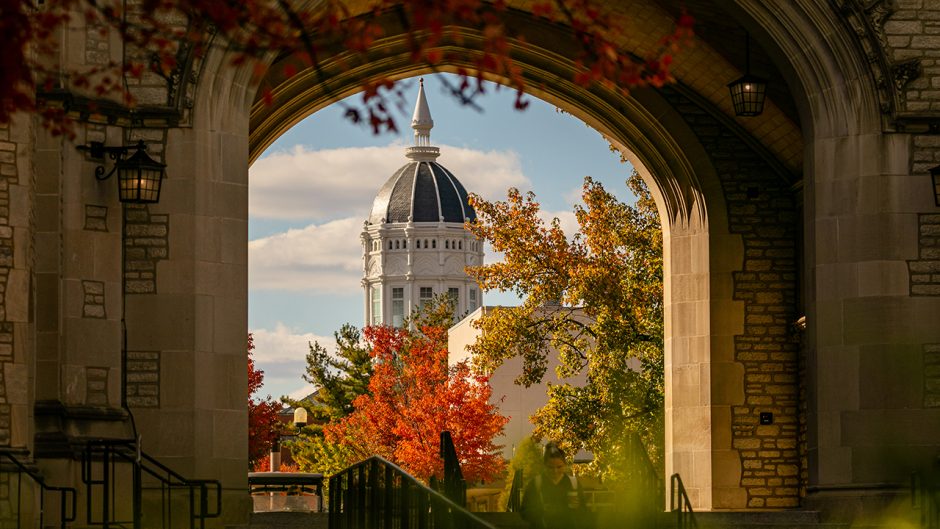 Be-leaf us — it’s a beautiful time to be on campus. As we prepare for Thanksgiving recess next week, take in some red (Mizzou’s version) views of campus. 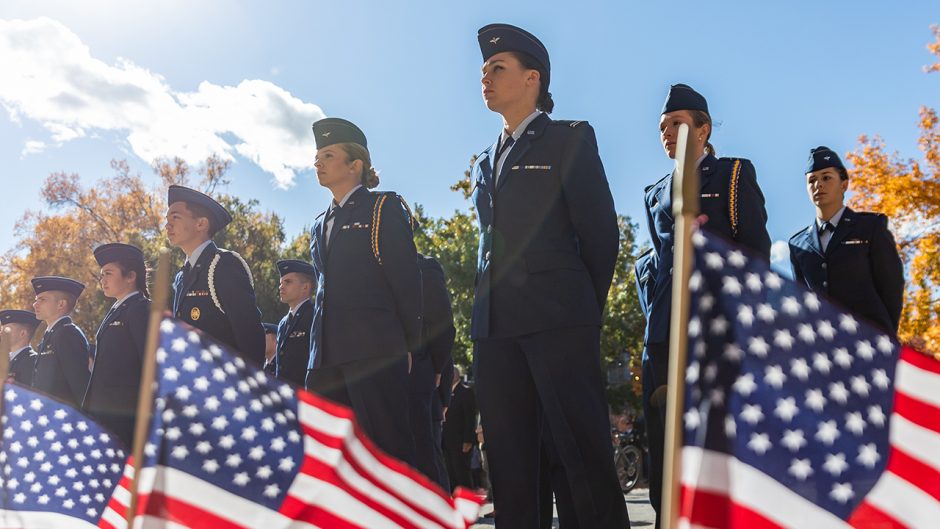 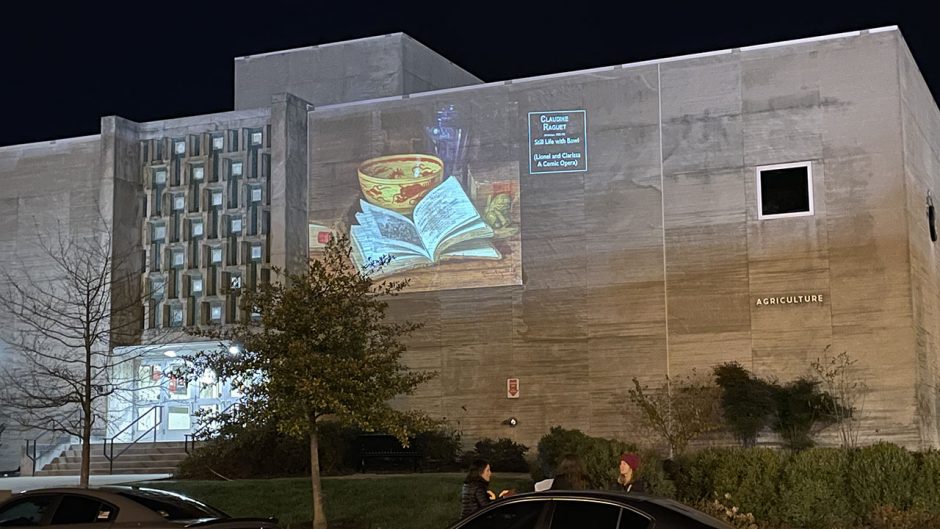 Art on (a really big) display

The Artist in Residence program will bring some of the Museum of Art and Archaeology’s works outside this week for larger-than-life projections.