The University of Missouri has announced that a record breaking 95% of recent Mizzou graduates have found successful career outcomes within six months of spring graduation, according to the annual career outcomes survey —  a significant milestone that puts MU one year ahead of schedule for meeting career outcome goals from the Strategic Plan for Student Success.

“This is a testament to the talent of our students and indicative of the career readiness preparation they receive at Mizzou,” said Mun Choi, president of the University of Missouri. “An education at Mizzou opens doors to top-notch employers as well as any other post-graduation experience our students are seeking.”

The career outcomes rate refers to the percentage of graduates reporting a successful outcome goal, whether that’s employment, continuing education, military or volunteer service. The survey, conducted in partnership with the National Association of Colleges and Employers, included data on 78.8% of graduates, a rate that compares favorably to other SEC and AAU public universities.

“Our students build a portfolio of transferable skills and are career ready when they graduate,” said Jim Spain, vice provost for undergraduate studies at MU. “We’re excited to see where life takes the class of 2021, the success they’re going to achieve, and the contributions they’re going to make, as they continue a legacy that has been established by generations of Mizzou alumni who have gone before them.” 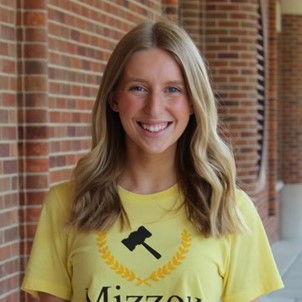 Claire Grissum, who decided to continue her education after graduating from Mizzou with a degree in political science, is now studying at the MU School of Law. If all goes as planned, she will graduate from law school in the spring of 2024.

“I had a really great experience as an undergrad. I had a lot of opportunities to be involved with campus organizations, and that’s what really made my Mizzou experience,” Grissum said. “I was able to get a lot of working experience outside of the classroom, some of which was facilitated or supported by Mizzou classes and different departments. I am really grateful for that, and I honestly couldn’t speak more highly of that.”

Grissum completed four internships as an undergraduate at MU, including one with the Missouri Department of Public Safety and another with Senator Roy Blunt’s office in Columbia.

“The work and the internship experiences are by far what set me up for getting into the law school. I really appreciate that Mizzou law valued that more than just a GPA and an LSAT score,” Grissum said. “I think it was that along with my on-campus involvement that really set me apart.” 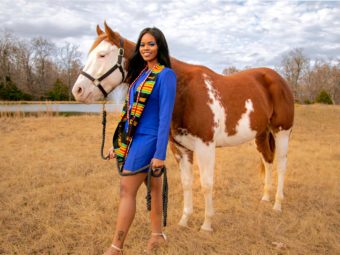 Kaija Caldwell, who received an undergraduate degree in animal science from the College of Agriculture, Food and Natural Resources, was accepted into the Kentucky Equine Management Program after graduating from MU.  She recently completed the six-month equine program in December of 2021 and is now back home in Chicago.

“I found my passion during my time at Mizzou. I met a lot of great people, and I am so grateful for that,” Caldwell said. “MU introduced me to my career, and all of the opportunities I was given taught me a lot about myself.”

While at Mizzou, Caldwell participated in multiple organizations, which she said helped prepare her for the rigorous program in Kentucky. She joined the Collegiate Horsemen’s Association and founded CAFNR Connections, a program that offers an opportunity for students of color in CAFNR to gather informally and share conversations.

“It was a tough six months in Kentucky, but I learned so many things and experienced so much that I couldn’t find anywhere else,” Caldwell said. “I wouldn’t trade it for anything. It was one of the best experiences I have ever had, and I’m so thankful for the programs and the people who set me up for my success.”

Caldwell has been hired as an assistant vet technician at the Bronzeville Animal Clinic in Chicago, the same veterinary office where she completed her first internship in high school. Her goal is to become a thoroughbred horse trainer in the next five years. 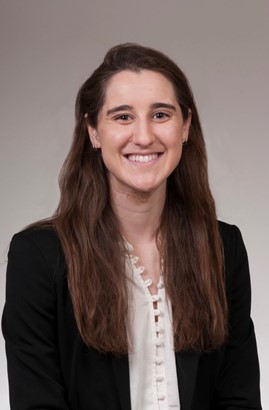 Shane Whitehead was accepted into the highly selective University of Missouri-Kansas City physician’s assistant program after graduating from Mizzou with a degree in health science. She applied for the program at the end of her sophomore year through an early admission program called the PA Scholar’s Program for students at MU.

“I loved my time as an undergrad,” Whitehead said. “I graduated a semester early and now looking back, I wish I wouldn’t have. I wish I had stayed a year later. I took advantage of all the extracurriculars that I could and made some of the best friends I’ll ever have.”

Whitehead was part of the Physician’s Assistant Club and worked at an optometry assistant office for six months. She also held a job at a hospital as a phlebotomist and volunteered at Boone Hospital Center multiple times during her time as an undergraduate.

Whitehead said her experiences through MU and her internships were ultimately what set her apart from her peers when applying for the UMKC program. Having a job at a hospital exposed her to the health care setting where she gained important skills such as talking and assisting real patients. Along with her internship experiences, Whitehead said her courses at Mizzou prepared her well.

“As part of my degree, I had an internship that had a prerequisite class in which we worked on resumes, interviewing and personal statements,” she said. “Those skills really prepared me for the application process.”