It’s time to celebrate the extraordinary Class of 2020. Whether you’re a new graduate or a supporter, the University of Missouri has the resources you need to get connected and virtually celebrate commencement on Dec. 18.

To get you in the spirit, Show Me Mizzou asked 11 December grads to reflect on their time at Mizzou and to share what they think makes the Tiger community so special. 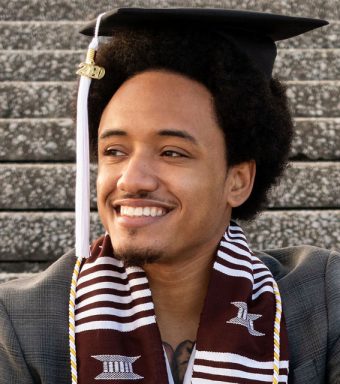 It’s really hard for me to choose because I had such a great experience at Mizzou. I had a good start with what is now called the Summer Bridge Program. Another one of my favorite memories was my study abroad experience in Spain in 2019. It changed my perspective of the entire world and it was the reason I decided I wanted to be an international lawyer.

From getting into the Mizzou Black Men’s Initiative my freshman year to talking with AnDrea Jackson at the International Center, to working in the CASE office and being a part of the Association of Latin@ American Students — I’ve had such a good support system.

Having already won the Gilman Scholarship, I feel like I can do anything. Now I’ve applied for a Fulbright to be an English teaching assistant in Colombia. I worked on my essays from April until the due date in October and I’m confident that I can get it. 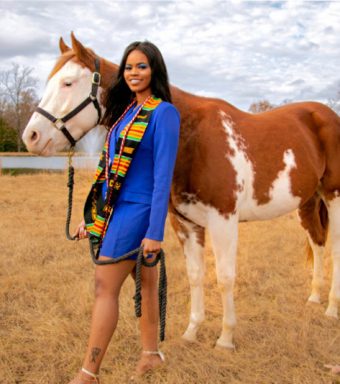 Animal science major with a certification in equine science and management
Hometown: Chicago

What will you miss most about Mizzou?

Definitely the staff and faculty. My advisor is like my big sister, mom and mentor all in one. It’s amazing how many people have been invested in my success and my progression on all levels, and who have advocated for me.

I didn’t have experience with animals when I got here. I’d never been around sheep, goats, cows or horses. When I got to Mizzou, I was able to explore my curiosities with all those different animals and work with all of them in class. I want to be the first Black woman horse trainer to win a Triple Crown, so I’m in it for the long run. Yes, my journey is going to be tough. I have many obstacles ahead of me, but I’m determined to achieve greatness. 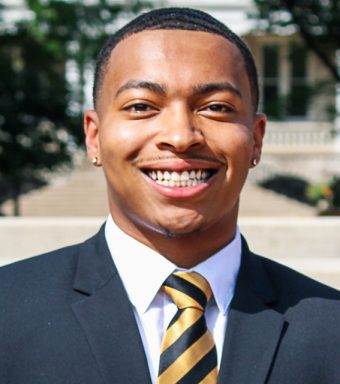 My favorite Mizzou memory is accomplishing all of the things that I initially set out for myself. Also, joining my fraternity, Alpha Phi Alpha Fraternity, Inc. — which was the very first Black fraternity. I was also pretty involved and a part of a lot of organizations that have shown me how to be successful: such as the Mizzou Black Men’s Initiative, which basically prepares incoming freshmen for their college career and serves as a foundation and support system. I met some of my closest friends in that program and earned my first leadership role. I was also a part of the United Ambassadors and the Association of Black Psychologists. Before Mizzou, I was very OK with just being comfortable. The organizations I joined pushed me to be the best person I can be and to be comfortable with being uncomfortable.

I’ll actually be in Columbia for the next seven-ish months. I’m currently the marketing director for a research project through Mizzou’s education department. After the summer, I hope to join a sports marketing company based out of Chicago. I want to use psychology to study how people work and make purchasing decisions. 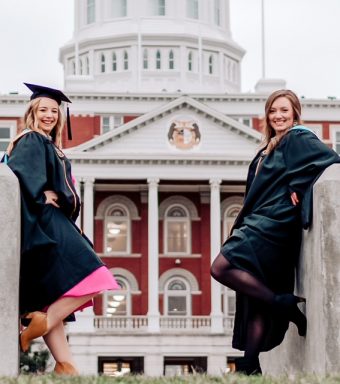 How do you know each other?

Kyla Dunn: We’re sisters. I went to a different school for undergrad, but Lexi was at Mizzou and she convinced me to come here. We both also work for the university.

KD: And I’m at Environmental Health and Safety as the senior environmental health professional. Lexi’s life goal is to keep me at Mizzou with her forever.

LW: A large part of how I ended up in the position I’m in is because of my master’s of education. I can see how much I grew throughout the program and I’m excited to work with transfer students and give back to Mizzou.

KD: It has given us a background and understanding of higher education that helps us do our jobs more effectively and make sure Mizzou is an awesome place for everyone.

LW: Well, Kyla is already trying to convince me that we should get our doctorates from Mizzou next fall.

KD: I’m the kind of person who goes 100 miles per hour at all times, and I like to take Lexi with me.

LW: I’ve been working or a student at Mizzou for 11 years. There’s no getting rid of me. 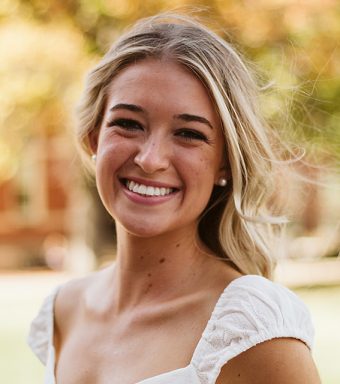 University Hospital is a Level I trauma center, so that prepared me a lot. And Mizzou has a good reputation which helped with the job search. Activities and clubs also helped me meet new people and step outside my comfort zone.

How do you plan to celebrate commencement?

The School of Nursing is doing a virtual pinning ceremony on Saturday, and they’re going to go through a slideshow and have people pin you via Zoom. I’ll probably have my roommates pin me.

It’s just so hard leaving because I think everything at Mizzou is so great. Freshman year seems like so long ago, but it’s been amazing. My sister is a freshman at Mizzou, and I always tell her that I’m jealous and want to live vicariously through her first-year experience. … You wish you could do it over again. 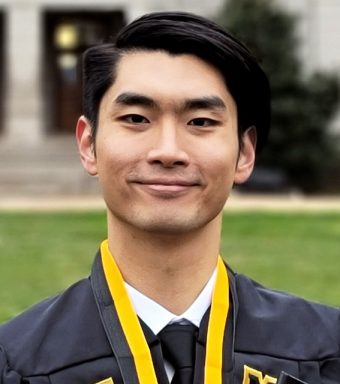 I’m an international transfer student, and I just came to Mizzou in January of this year. The pandemic messed up everything, but I studied very hard, and I will start the master’s program in electrical engineering at Mizzou next semester. But it was difficult — it was my first time studying my major in English. … But I got a perfect 4.0, which is nice.

Outside of the classroom, what’s something you learned that will stick with you?

I experienced things I have never experienced before. At the International Center, I could meet international students from various cultures and traditions and then learn things about their food, language and things like that. It showed me I could think broadly and creatively. 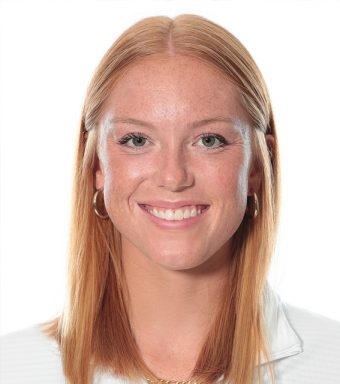 What is your favorite Mizzou memory?

I’m a little bit biased because I was a track and field athlete. My favorite memory was being able to compete for the University of Missouri at a high level. I was advancing and getting better, but then this past spring — what would have been the highlight of my career — I made it to nationals for indoor track and field in high jump. I was standing on the track in Albuquerque when they canceled the competition due to COVID-19. But also carrying a leadership role on my team was important to me — I’ve been a team captain for the last three years.

Next steps are graduation, moving to Boston on Christmas Day and continuing my social media marketing position for the Trulaske College of Business while I pursue job searching. My main focus is to continue training for the Olympic trials — I’m not too far off of qualifying metrics. I will worry about my career post-Olympics. I would regret not fully diving into training since this is an opportunity that won’t repeat itself. 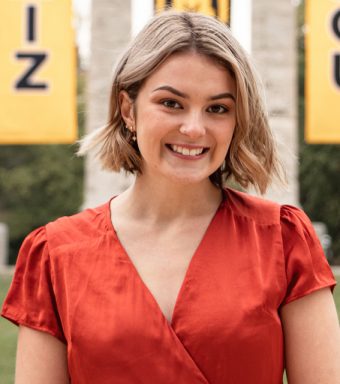 My first week of school was when the solar eclipse happened. I’d lived here a few days and we went to the Columns and watched it. I felt like I had a community around me already.

A lot of the professors are editors and have real-world experience, and I have been working as a journalist since I first stepped on campus. I started at the Maneater where I became editor-in-chief my sophomore year. I also had internship opportunities at both the Kansas City Star and Bloomberg News. Now I have a job lined up with the Times of Entrepreneurship where I will be reporting on underrepresented entrepreneurs. 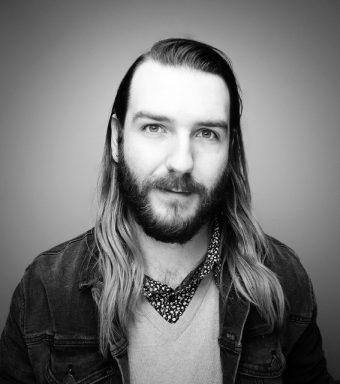 As part of the reimagined orientation process, Mizzou had us attend seminars to instill values of diversity and acceptance. The Green Dot program was one of those, and I met a lot of new people while learning about consent and ways to create a mindful culture at Mizzou. A lot of the core values of the Green Dot program are the same as in the social work field, where I’m interested in working with individuals experiencing homelessness. I’m also a big LGBTQ advocate.

What will you miss most about Mizzou?

As cliche as it sounds, the campus. There are so many cool historical buildings on campus, and in fall — as leaves are changing — it has an atmosphere … kind of an academic coziness to it. It’s like being at Hogwarts. 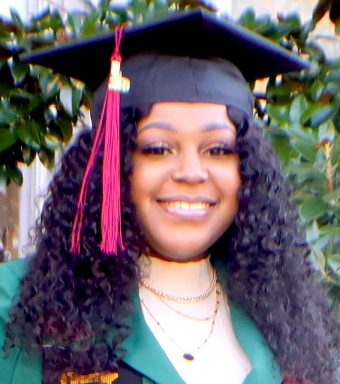 Textile and apparel management major with an emphasis in marketing and merchandising and a business minor
Hometown: Chicago

A memory I want to live over and over again is freshman year when I met my friends.

After graduation, I’m moving to Houston, but I will be continuing my job search for careers in visual merchandising and merchandising.

I guess I do have a word of advice for lowerclassmen — utilize the resources around you. There are people who want to see you succeed and they would do whatever is best to make that happen. It’s what I experienced and it’s why I’m here today and able to graduate.